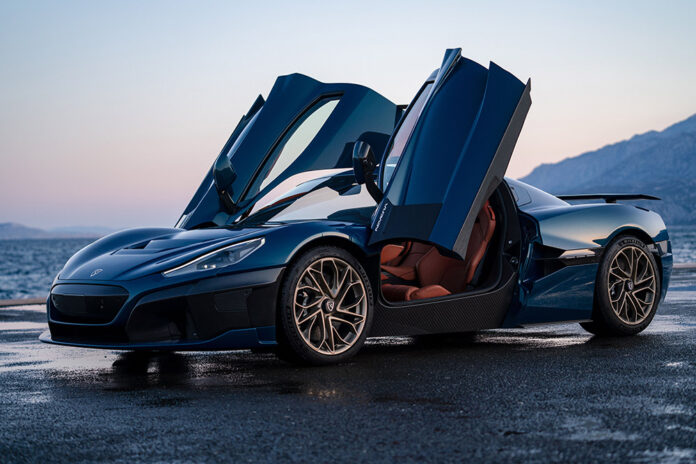 The Nevera is the production-ready iteration of the Rimac C_Two concept car, which was revealed at the International Geneva Motor Show in 2018. Since then, Rimac’s engineers have refined their new flagship on every level during an extensive development program, in the pursuit of the ultimate electric hypercar driving experience. With the majority of key components of the Nevera developed in-house at Rimac’s HQ in Croatia, all systems have been improved and enhanced since the initial prototypes to deliver on the ambitious performance targets set for at the beginning of the project in 2018.

“This is it. This is the car I had in mind when I embarked on the ‘impossible’ journey ten years ago. All our hard work has resulted in the Nevera – our record-breaking hypercar. This car was born to outperform, and to raise the bar, redefining the norm for performance cars. And not only in performance – but as an all-around package.

When we first revealed the C_Two, we set our targets extremely high. There was nothing else that could even come close to matching the car’s cutting-edge electric powertrain and extreme performance. But for us, that was only the starting point,” – Mate Rimac, Founder and CEO of Rimac Automobili

“Everyone at Rimac is driven by curiosity and a desire to push things to the absolute limit. With its combination of everyday use and 1914hp performance, the Nevera proves what is possible when there are no restraints placed on technology, development, or ambition. We have now unveiled a car that pushes the hypercar market to a higher level, we have utilized the full potential of the electric powertrain today, proving what we’ve always been saying – that electric hypercar, in the form of the Nevera, is beyond exciting, and that is as thrilling on the track, as it is crossing continents.”

“We will be makingjust 150 examples of the Nevera, every single unit crafted in Croatia from passion and admiration for cars.”

Underlining his own commitment to the project, Mate Rimac will personally test and sign off each of the Neveras, before they are delivered to customers from the company’s current production site on the outskirts of Zagreb, Croatia.

By: Rimac | Photos Courtesy of: Rimac