Porsche Travels Back in Time at the 2018 Goodwood Revival 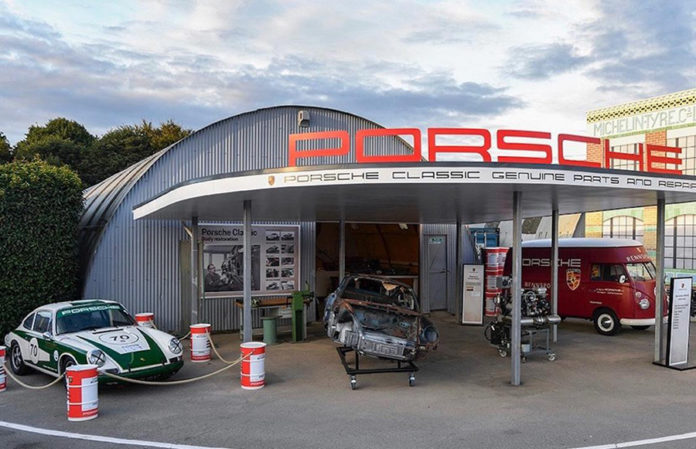 There’s a very special atmosphere this year at the 20th edition of the popular Goodwood Revival Festival in the south of England. About 150,000 guests dressed in the styles of the 40s to the 60s stroll around the festival area among well-preserved racing cars from up to 1966, with everything staged in a contemporary setting. Three early Porsche 911s acted as pace cars on the occasion of the “70 Years of Porsche Sports Cars” anniversary. 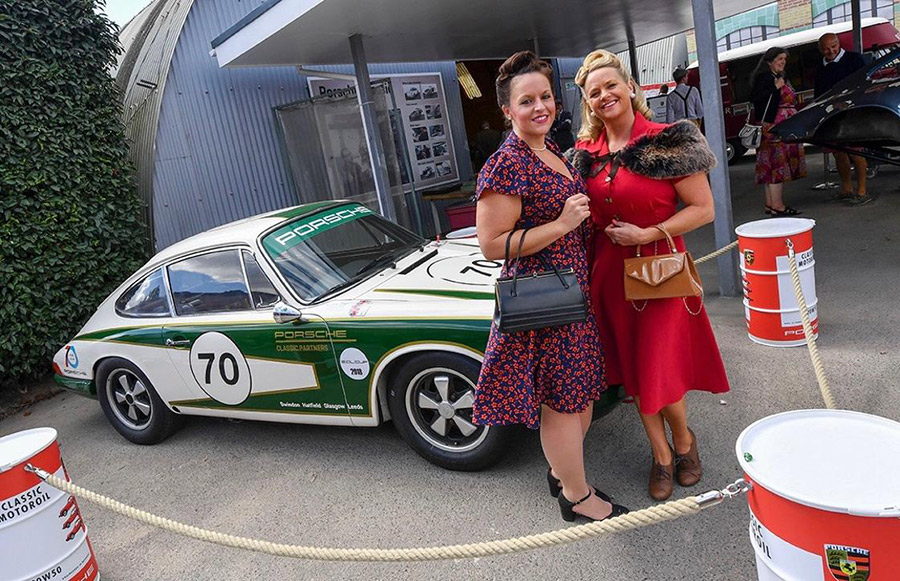 Porsche Classic also presented itself in the look of a historic workshop with numerous highlights from the Classic original parts range, such as the reissued tool bags for all Porsche 356 and 911 F models. In order to also demonstrate the competence of the factory restoration, a 356 Carrera 2 GS engine of type 587/1, restored to customer order, was regularly started. 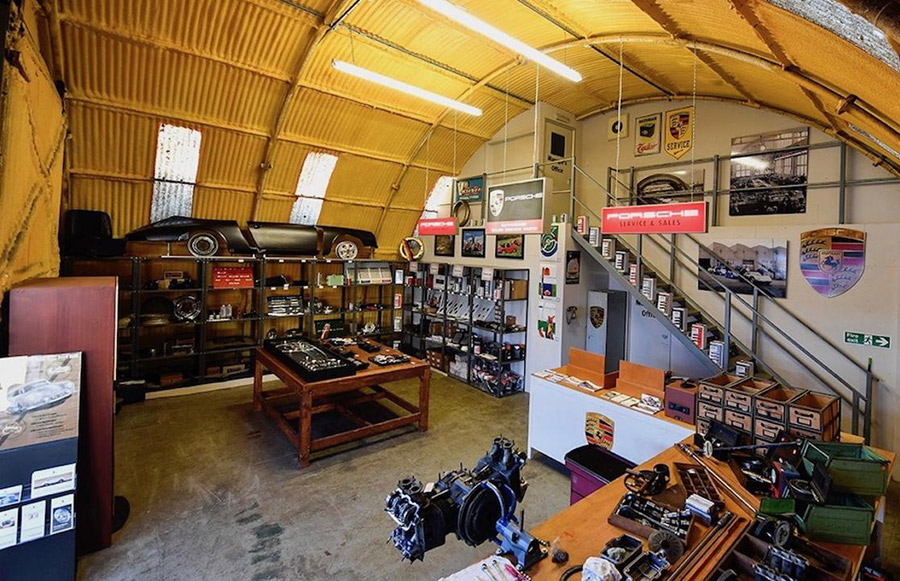 For the anniversary of the vintage racing car festival, Porsche Classic also provided two special exhibits for visitors: An 911 F model on which visitors were able to follow the workshop maintenance of the bodywork through individually presented repair stages and thus experience the incredibly precise, detailed craftwork involved in a restoration. Selected sheets were reproduced live by a specialist from the Classic workshop.