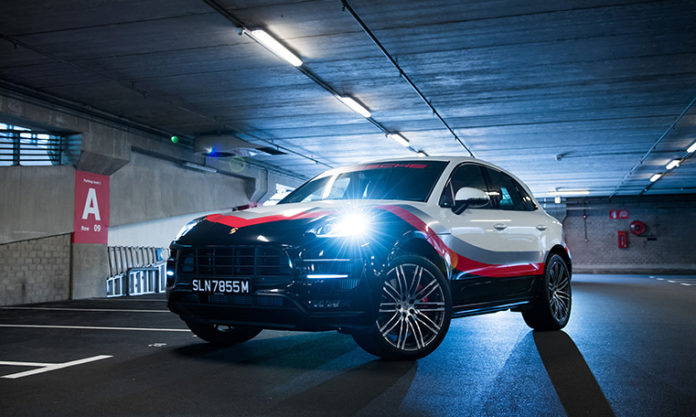 For the first time ever, Porsche Asia Pacific has added a special car to its press fleet: a Porsche Macan Turbo with Performance Package – painted in the iconic livery of Porsche Motorsport, reinforcing the car’s sporting roots.

Equipped with the Performance Package, the Macan Turbo tops off the model line, impressing with enhanced driving properties, increased agility and an even greater emotional appeal. To point out the sporting roots of the car, Porsche Asia Pacific chose the special livery of Porsche Motorsport.

Martin Limpert, Managing Director of Porsche Asia Pacific, said: “Like every Porsche, the Macan carries the genes of a real sports car, being born on the racetrack. Especially with the Performance Package, it is truly a car that pushes limits even further and gives a breathtaking drive whether in the city or countryside. The livery serves to emphasis this further. One will quickly realise that the Macan Turbo with Performance Package is truly greater than the sum of its parts, and I am proud of what we have achieved.”