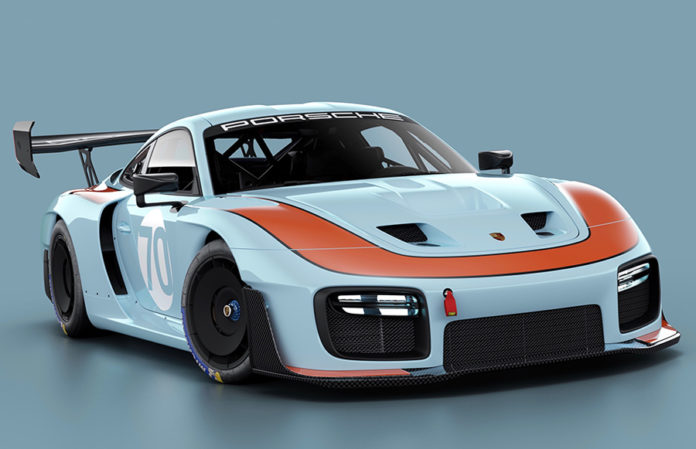 There are Porsche race cars that motorsport fans will never forget. Their legendary designs contributed towards achieving cult status just like their best times. The range of different colours did not make a Porsche faster, but certainly more desirable. It holds a special place in the hearts of racing enthusiasts. Like when the Martini white Porsche 935, based on the 911, raced at high speed on the Mulsanne straight of Le Mans, making this Moby Dick also something of a sensation. Or even when a Porsche was designed to resemble a farm animal, its vehicle parts looking more like butchers cuts and the sports car itself being nicknamed the Pink Pig, the enthusiasm among the upper class was incredible.

For the second, recently presented generation of the Porsche 935, the design team together with Grant Larson developed seven so-called liveries, providing a new interpretation of a bygone motorsport era. “The 935 that rolled off the production line included agate grey metal parts and bare off-tool carbon! But that’s not all,” says Grant Larson enthusiastically.

“We have reinterpreted the various racing eras of the 935 using computer design programs, initially orientating ourselves geometrically on the design of the Martini racing version. However, we had to recreate all graphical data using virtual reality and finally apply it to the outer skin of the 935. That was very exciting in itself.”

The livery colours of the new Porsche 935, in addition to paying homage to the legendary Porsche Salzburg Team, which for the first time in 1970 secured overall victory for Porsche at the 24 Hours of Le Mans, included numerous icons from private motor racing teams who drove the Porsche 935. For example, the legendary Gulf blue of John Wyer’s team, the Interscope design by Kremer Racing from the Indianapolis or Daytona circuit, the characteristic black and gold look from former cooperation with John Player Special to the distinct red Momo version, which was successful for the first time in Giro Italy in 1979. Or the homage paid to the Porsche 935 K3 of Kremer Racing and Dick Barbour as well as its sponsorship with the company Sachs. At the very latest, every enthusiast will be thrilled when the turquoise design from cooperation with the heating manufacturer Vaillant is used on the new 935.

“We can hardly wait to see the new 935 on race tracks around the world. Every single livery is very exciting and matches this unique Porsche perfectly like a tailor-made outfit,” says Grant Larson happily. 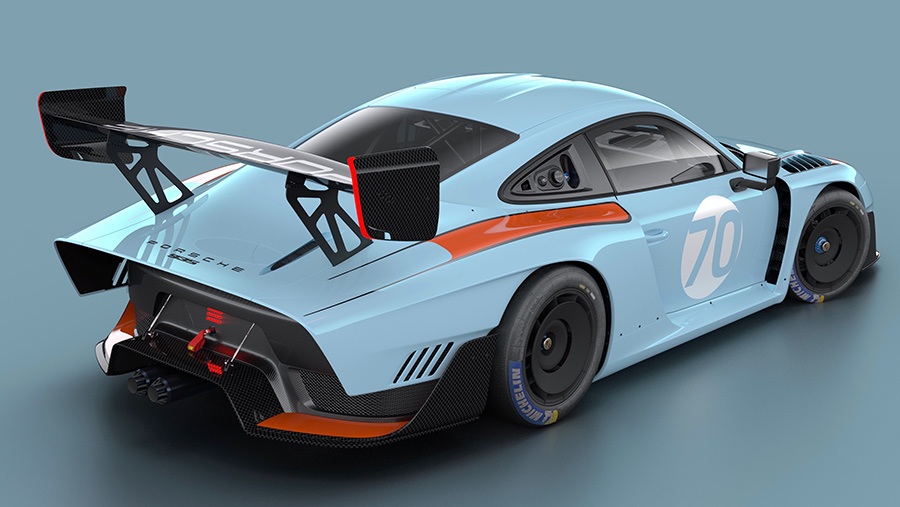 John Wyer was undoubtedly one of the most successful motor racing team managers. With financial support from Gulf Oil, Wyer secured victory for Porsche with the 917 in the 1970 and 1971 World Sportscar Championship. Even today, many fans still remember the striking blue colour. 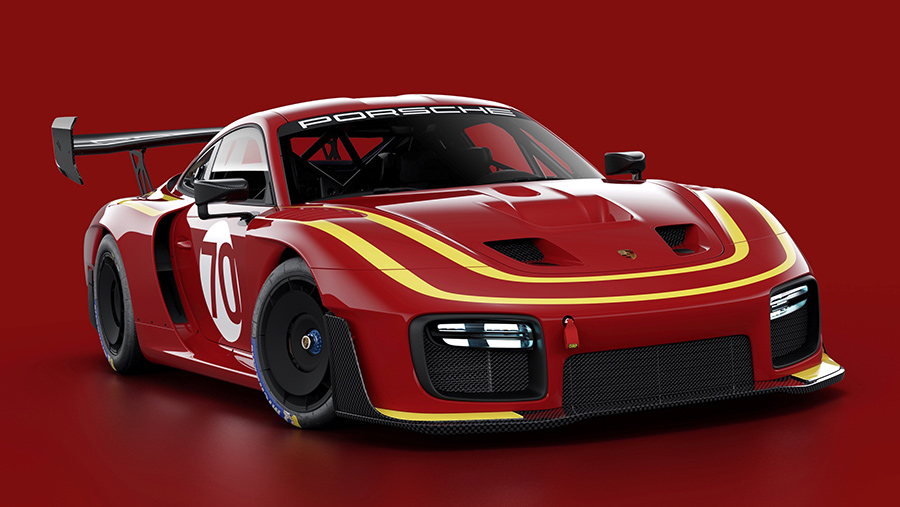 One pilot in particular – Gianpiero Moretti – drove a red 935 of Momo Racing into the history books of motor racing. Whether in Group 5 during the 1,000 kilometre race in Spa, Watkins Glen or Silverstone – this 935 caught everyone’s attention. 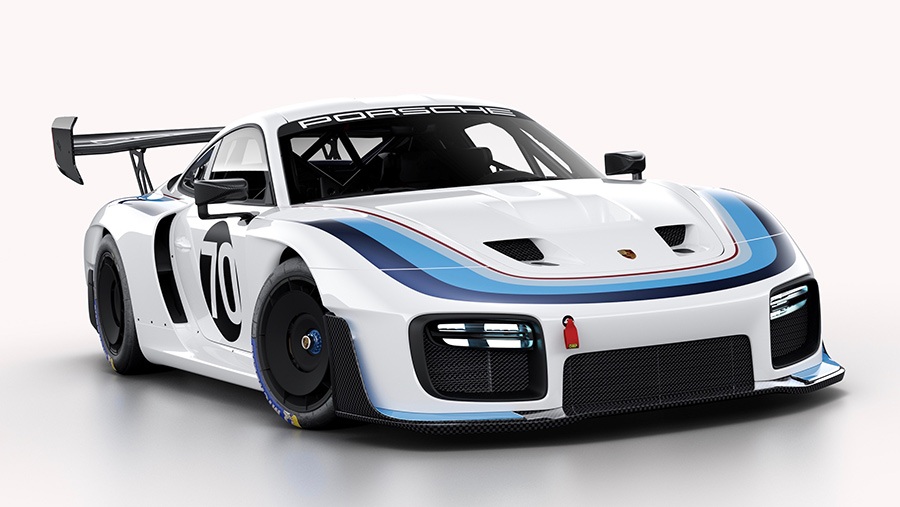 The most important 935 model from sponsorship with Sachs, had the number 70. Dick Barbour secured this model shortly before the start of the 24 Hour of Le Mans from Team Kremer Racing, and together with Brian Redman and John Fitzpatrick, managed to fight their way into the lead until heavy rain put an end to their plans. However, Sachs sponsorship continued and, in 1980 for example, Dick Barbour drove another 935 to victory in the 12 Hours of Sebring. 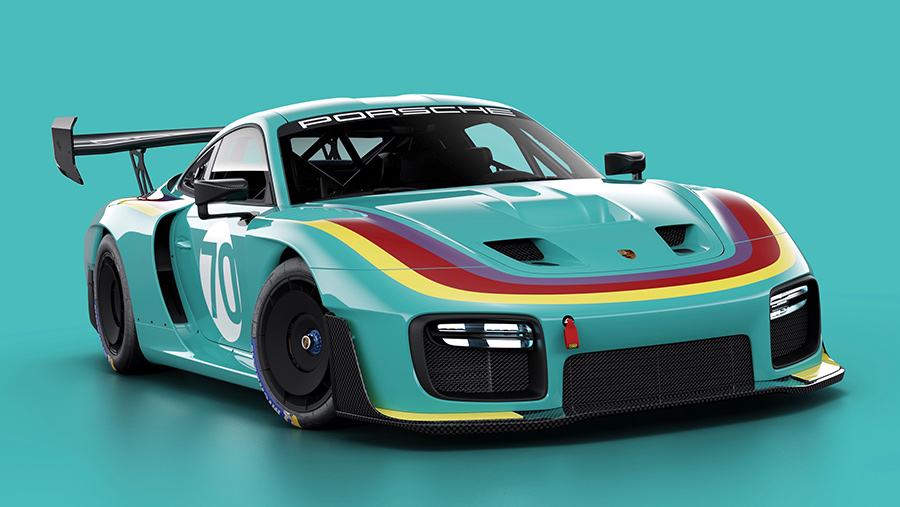 The private motor racing team – Team Kremer – were aiming in particular at aerodynamic improvements of the 935 works version from 1977. Racing pilot Bob Wollek claimed victory in a baptism of fire at the Nürburgring, which brought the sponsor and heating manufacturer Vaillant international prominence. Green Hell is an apt description for both the legendary race track and this 935. 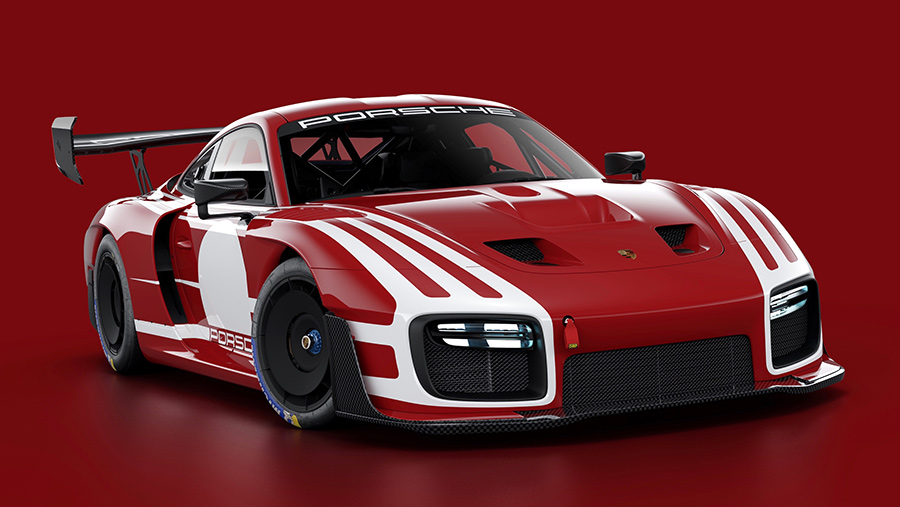 In 1970, the world was amazed as a small closely knit team from Austria won the 24 Hours of Le Mans. It was the beginning of the super race car Porsche 917, which not only blew the competition away, but also their own pilots. 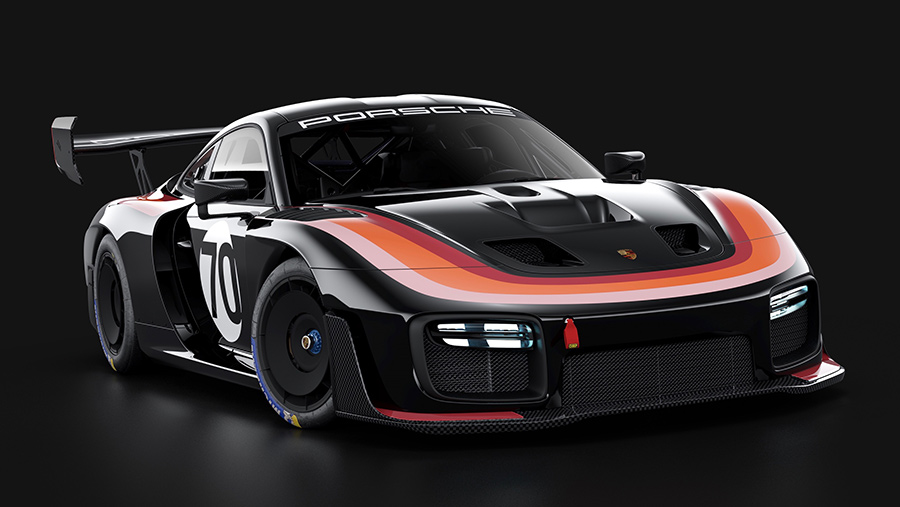 Bob Garretson and Brian Redman teamed up in a Porsche 935 to win first place in the 1981 24 Hours of Daytona. The sleek black look endured for many more years of successful racing. 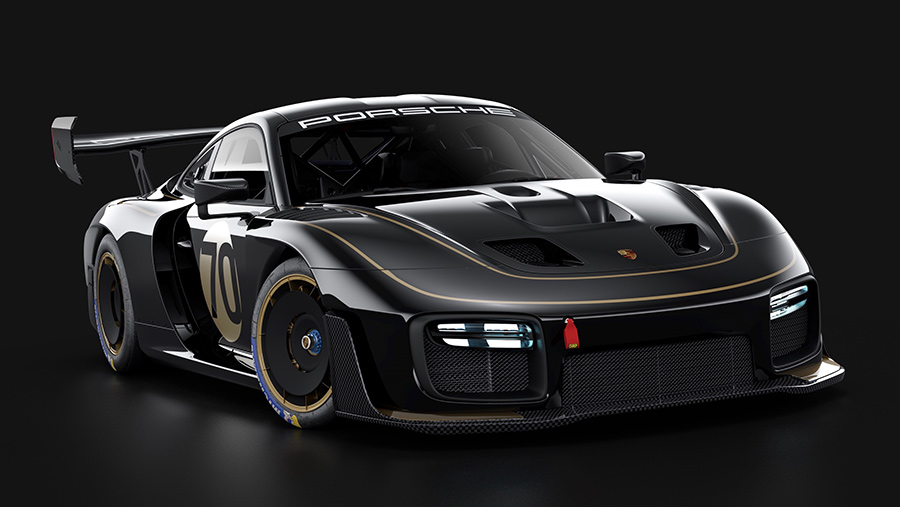 Another example of the dominant private customer racing team – Team Kremer Racing, from Cologne, North-Rhine Westphalia – is the Porsche 935 in the striking black and gold colour combination, which originated from cooperation with John Player Special. This 935 version left its mark, particularly in Group 5.