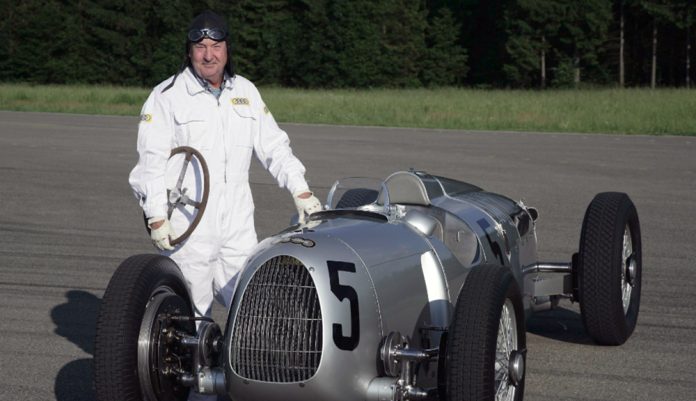 The ever-entertaining Audi | Behind the Rings podcast goes into Interstellar Overdrive this week as it welcomes a bonafide rock legend: Nick Mason, Pink Floyd drummer and car lover.

In the episode, Nick Mason – the Music of Motoring, host Alex Goy talks to Nick about his twin passions of music and motorsport, which have seen him play on some of the biggest selling and most critically acclaimed albums of all time, as well as competing successfully in the legendary 24 Hours of Le Mans.

What came first, his love of music or cars? Is there a parallel between them? Where does his passion for racing come from? What was it like to compete at Le Mans? Nick reveals his Saucerful of Secrets.

He also talks about his extensive car collection, which includes one of Steve McQueen’s former rides, as well as the time he drove an authentic reconstruction of the original 1939 Auto Union Silverarrow at the Goodwood Festival of Speed.

Audi | Behind the Rings is one of the most talked-about new podcasts of 2021. The previous episodes; Vorsprung durch Technik – Past, Present and Future, Design – Inspired by Audi, Electrifying Motorsport – A New Era, Electrification – Leading the Charge, and Driving Into The Future, are still available for download. Two further episodes dissecting Audi-related subjects will land at weekly intervals.

Audi | Behind the Rings is available for free download or streaming. Find each episode or subscribe at Apple podcasts, Google podcasts or Spotify.

Lap Record on the Nurburgring Nordschleife: Audi RS 3 Fastest in the Compact Cla...