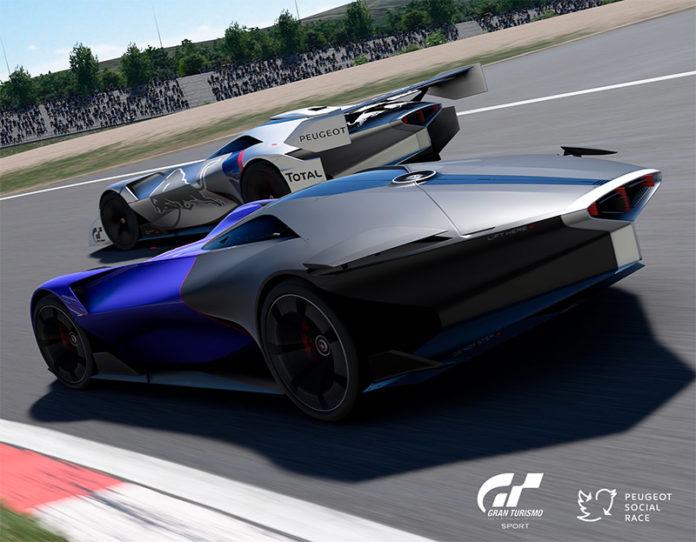 PEUGEOT and PEUGEOT SPORT have combined to deliver the latest concept in performance vehicles of the future, with its sleek L750 R Hybrid Vision Gran Turismo.

A year on from revealing the PEUGEOT L500 R HYbrid Vision Gran Turismo, the L750 R presents an evolution of one of PEUGEOT’s most innovative projects, delivering even greater performance, and showcasing PEUGEOT’s new design language.

The all-new concept car, which has been launched alongside the release of the latest PlayStation®4 Gran Turismo Sport video game, features a cutting-edge hybrid design that benefits from PEUGEOT and PEUGEOT SPORT’s renowned performance credentials and ultra-efficient engine designs.

Taking every measure to balance performance and efficiency, the PEUGEOT L 750 R is equipped with both a petrol engine capable of delivering 580 Ps and 10,000rpm, and a 170-Ps electric motor, giving the car a potent 750 Ps in total.

An innovative dual-circuit hydraulic braking system and four ventilated carbon discs, independent front and rear suspensions which vary the ride height according to the car’s speed, and forged-magnesium wheels, all combine to make the PEUGEOT L750 R HYbrid Vision Gran Turismo as light and aerodynamic as possible.

A carbon-fibre structure means the L750 R weighs in at just 825 kg – 175 kg lighter than its predecessor – the performance hybrid was developed with competitive racing in mind.