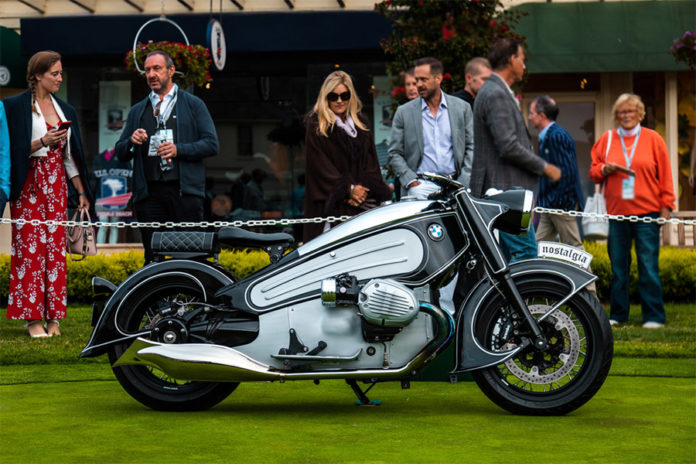 Miami-based Nmoto Studios made history last week at the world’s largest and most important annual collector car event, the Pebble Beach Concours d’Elegance, by being the first motorcycle in the event’s history to be officially featured on the Concept Lawn.

The Concept Lawn is a roped-off golf putting green that sits prominently in front of the Pebble Beach Lodge and at the entrance to the Concours d’Elegance, which is attended by as many as 30,000 automotive enthusiasts. Attendees regularly include celebrities such as Jerry Seinfeld, fashion moguls like Ralph Lauren, rock stars, foreign royalty, CEOs of Fortune 100 companies, politicians, and connoisseurs from all six continents. 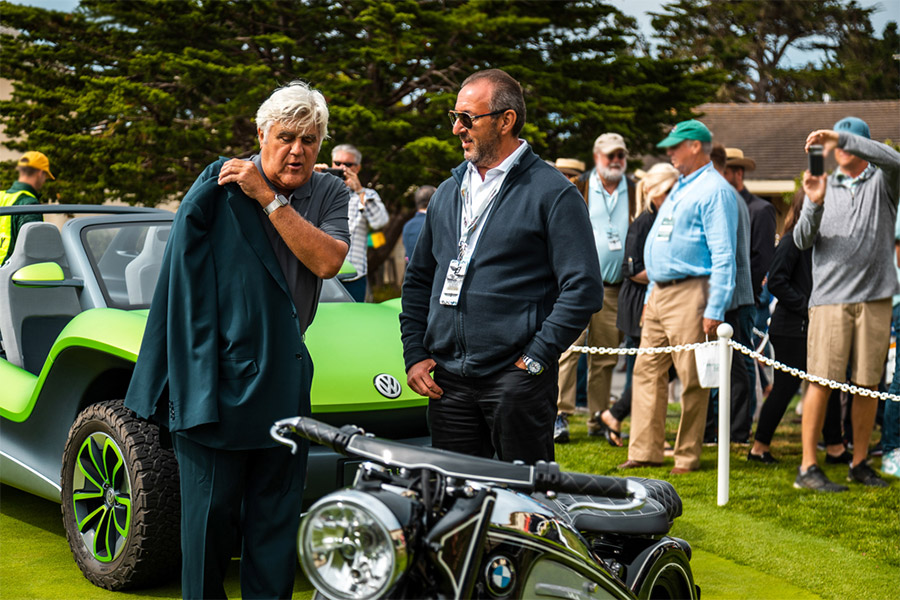 The Nmoto Nostalgia is a modern, elegant and bold endeavor to capture the ambition of the 1937 BMW R7 prototype. Consisting of 96 handcrafted parts, the sleek, streamlined Nostalgia offers Art Deco styling with contemporary performance and reliability. And it complemented perfectly the other vehicles sharing this special stage – concept cars from the most prestigious automobile manufacturers in the world, including Audi, Bentley, Pagani, and Lamborghini, to name a few.

Thronged by admirers throughout the day, perhaps the best accolade given to the Nostalgia was not one, but two visits by famed motoring aficionado Jay Leno. “Jay is no mere enthusiast,” says Nmoto founder Alexander Niznik. “He is extremely knowledgeable and hands-on when it comes to cars and bikes. He’s an expert and a gentleman and it shows. Besides, knowing how many hundreds of vehicles there were vying for his attention, we were honored he took such an interest in our creation.” 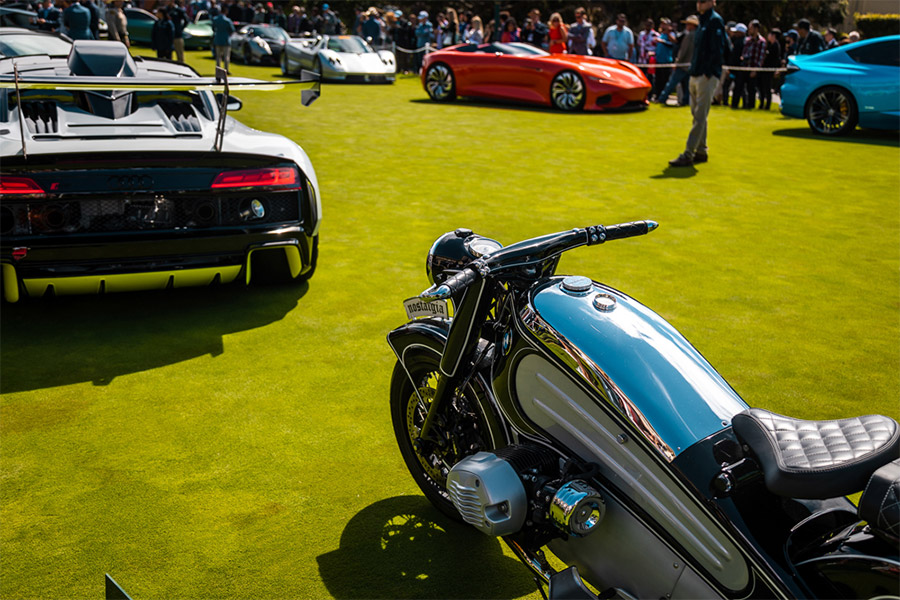 Because of the intense interest shown in the Nostalgia – from Pebble Beach in California to Villa d’Este in Italy, and elsewhere, the handbuilt motorcycle will be available in a limited production series. Orders are now being taken with a finished base price of $79,500 and an expected wait time of 3-6 months. For more details and information, visit nmoto.com.

18th Annual The Quail, A Motorsports Gathering to Feature More Than 200 Rare and...