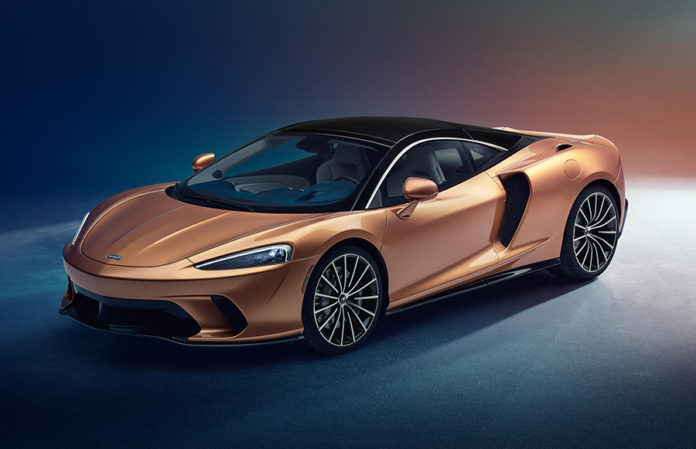 Creating a new type of McLaren – and the first true Grand Tourer from the brand – saw the McLaren design team embracing the visual history of Grand Touring cars while remaining true to the philosophies that underpin all McLaren design. The long, elegant exterior lines that are widely recognised as Grand Tourer design cues are executed in the new McLaren GT according to the aerodynamic principles that define every McLaren. The muscular rear fenders – another design trait commonplace in Grand Touring history – are an example of the form of every McLaren being true to its function, incorporating here the air intakes for the high-temperature radiators that cool the engine. 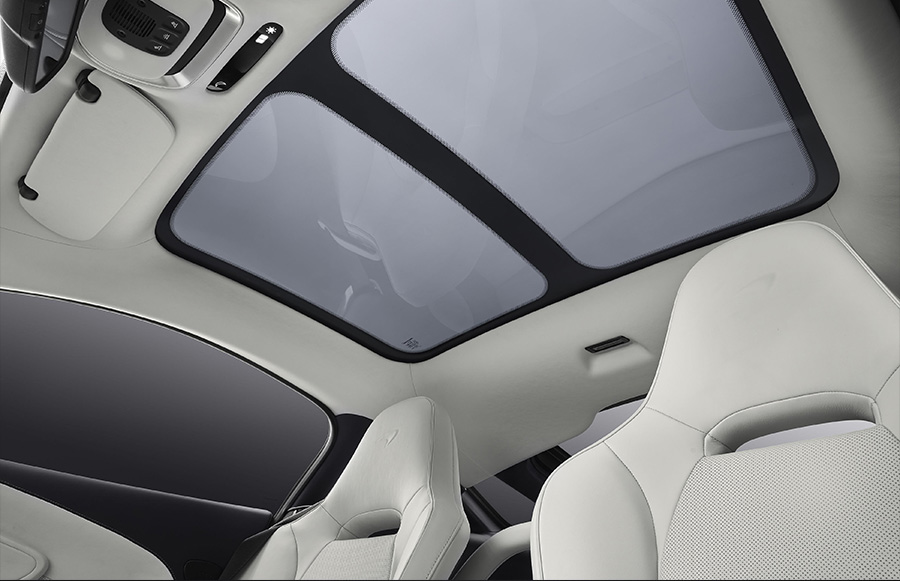 At almost 4.7m, the new McLaren is longer than any of the cars in the McLaren Sports or Super Series. The front and rear overhangs extend further than is traditional for McLaren, but the 10-degree approach angle at the front (13-degree with vehicle lift engaged) means the new McLaren GT can cope with the most aggressive traffic calming measures. In combination with underbody clearance of 110mm (130mm with vehicle lift) this ensures the car is eminently usable in all urban situations; not only is it competitive with all rivals, but in ‘lift’ mode it is the equal of mainstream sedans.

“The new McLaren GT combines McLaren’s design philosophies with classic Grand Tourer visual cues. Bold, elegant volumes flow seamlessly from nose to tail, encapsulating the beautifully crafted cabin. The sophisticated, sculpted body expresses both the power of the car and its ability to cosset occupants during long-distance driving. The teardrop shape of the cabin, which stretches back to encompass the rear luggage area, follows the aerodynamic principles inherent in all McLarens, while the muscular rear fenders that form the side intakes for the high-temperature radiators are an example of how we merge both beauty and functionality to create breath-taking authentic designs. The new McLaren GT clearly stands out both as a new type of McLaren and a cutting-edge interpretation of a Grand Tourer for a new era.” – Rob Melville, Design Director, McLaren Automotive 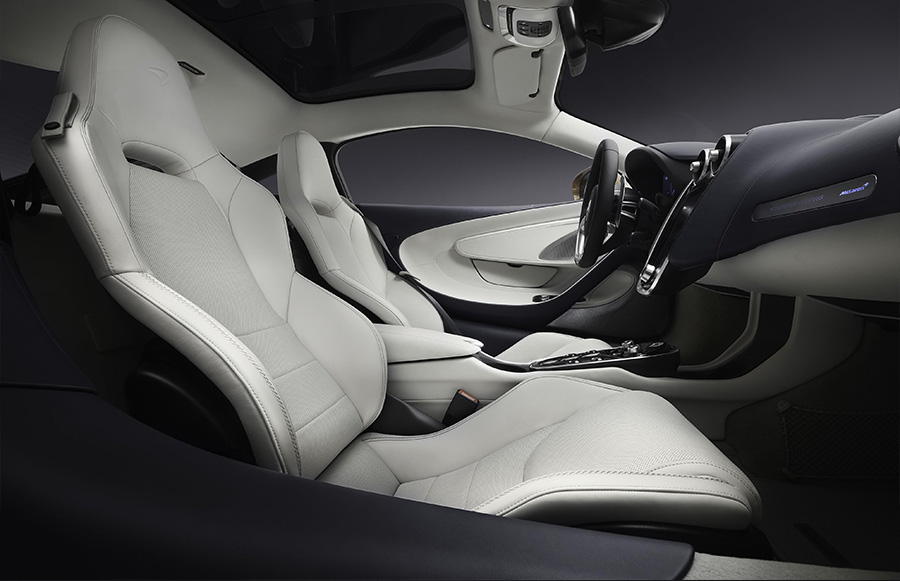 The width and stance of the new McLaren GT are emphasised at the front by the signature ‘hammerhead line’ that runs horizontally across the nose and draws the eye out to the sides of the vehicle. At the rear, an integrated fixed rear wing, large diffuser and substantial exhaust tailpipes are reminders that this is a Grand Tourer with supercar performance.

The source of that performance is a new, 620PS 4.0-litre, twin-turbocharged engine, designated M840TE. Further expanding the family of McLaren V8 engines, it is bespoke to the new McLaren GT and has the immense power and torque and superior exhaust sound quality that are the hallmarks of a true Grand Tourer. Torque of 630Nm is produced between 5,500rpm and 6,500rpm, with more than 95% of this available from 3,000rpm to 7,250rpm. The new engine is mated to a 7-speed SSG transmission to deliver linear, seamless and relentless acceleration. 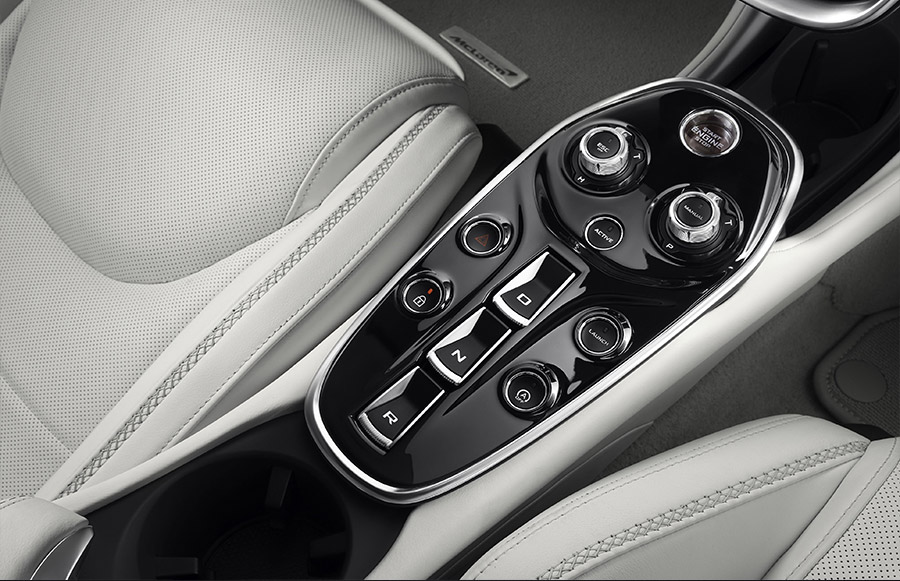 Another defining element of the new McLaren GT – and arguably what will cement its position as the new segment leader – is its dynamic prowess. The suspension, steering and brakes are all bespoke to the car and honed and optimised to provide an outstanding Grand Touring driving experience, with inherent balance, responsiveness and precision yet better ride comfort than any other McLaren. 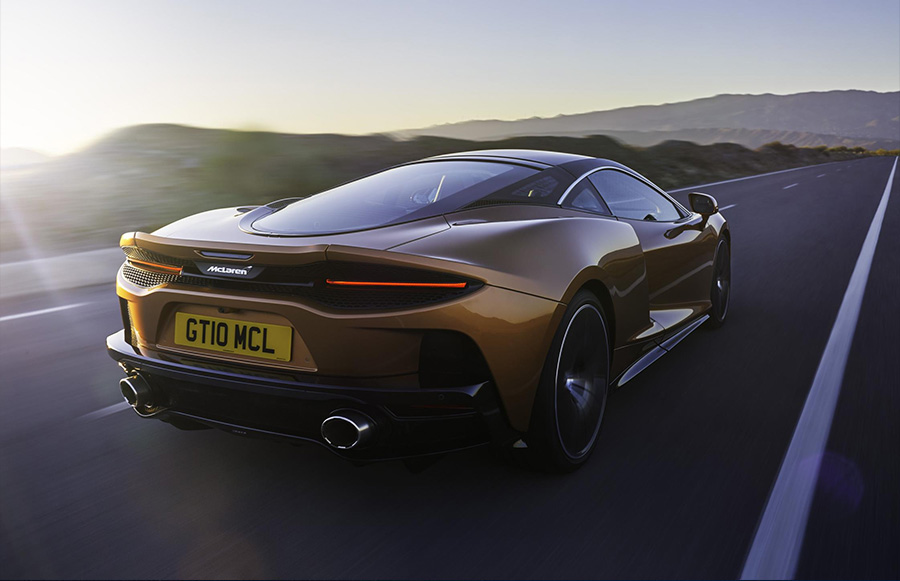 The suspension is a lightweight aluminium, double wishbone design, paired in the new McLaren GT with hydraulic dampers to deliver Proactive Damping Control. Governed by the most sophisticated iteration yet of the pioneering Optimal Control Theory software algorithm developed for the 720S, the suspension uses inputs from sensors to ‘read’ the road, interpreting what will likely happen next and reacting predictively in just two milliseconds. Overall, body movement is tailored for occupant comfort and vertical load and contact patch variation are optimised to enhance grip levels, but each of the three active dynamics handling modes – Comfort, Sport and Track – has its own distinct set of parameters to reflect the selected preference, for example, a particularly compliant ride in Comfort mode.

New interior materials are a key aspect of the GT’s credentials and appeal.
Read more
Lifestyle