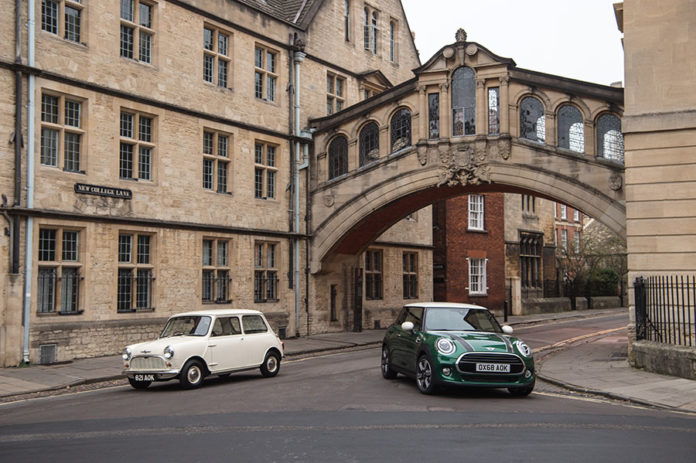 Sixty years ago, driving changed forever. The year was 1959. The first Barbie Doll was introduced, The Twilight Zone premiered on television, the first American astronauts were publicly announced by NASA as part of Project Mercury, and Hawaii and Alaska became the 49th and 50th states in the United States of America. Meanwhile, another event occurred on the other side of the world that would forever change the automotive industry, the first Mini was introduced to the world. 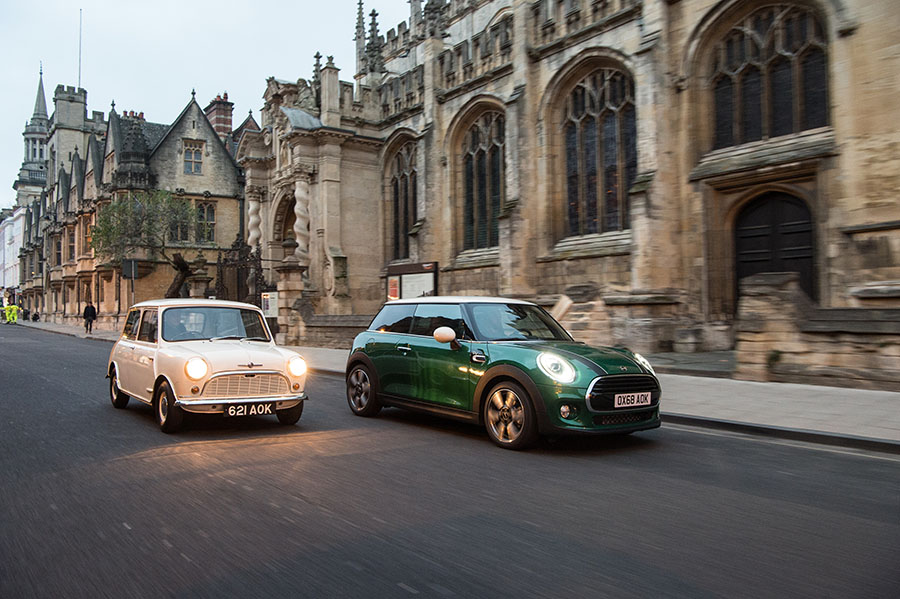 On August 26, 1959, the first Mini debuted in Oxford, England. Charged with creating a competitor to French- and German-made micro-cars produced during the Suez oil crisis in 1956, Sir Alec Issigonis was driven to design the first mass-produced car to use a transverse engine. This, along with the car’s unique placement of its wheels at the four corners, allowed the Mini to create a fun to drive car that comfortably fit four adults despite its compact size, thus establishing the brand’s famous go-kart handling and design philosophy focused on creative use of space. 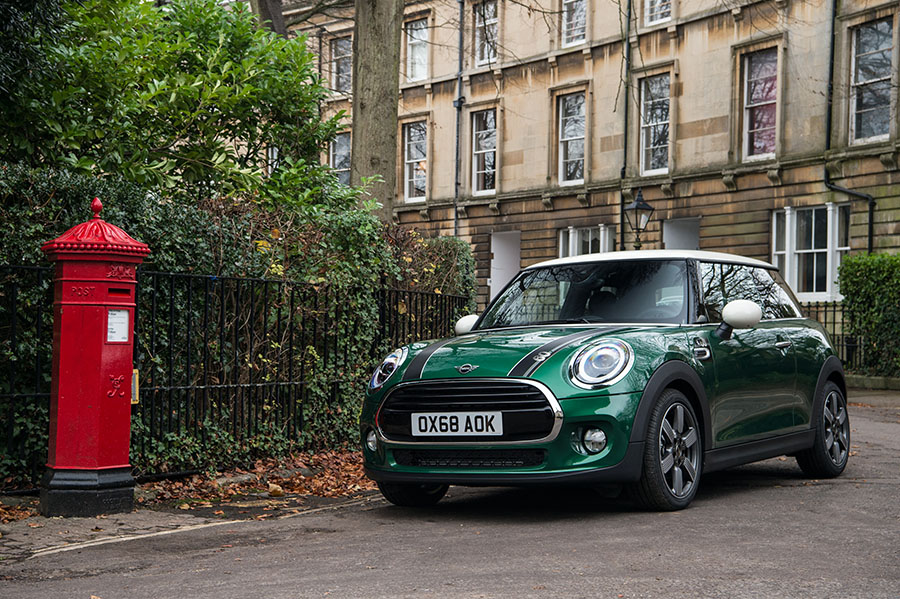 “There are few automobiles in history that were created and developed based on a design philosophy that have gone on to be recognized by so many pioneers, rebels, and racers.” said Steve Ambeau, Department Head, MINI Brand Communications. “Both the Classic Mini and the modern-day MINI have become the centerpiece of passionate owner communities and clubs, while retaining their status as an authentic cultural icon chosen as a daily driver by movie stars, musicians, athletes and automotive enthusiasts around the world.” 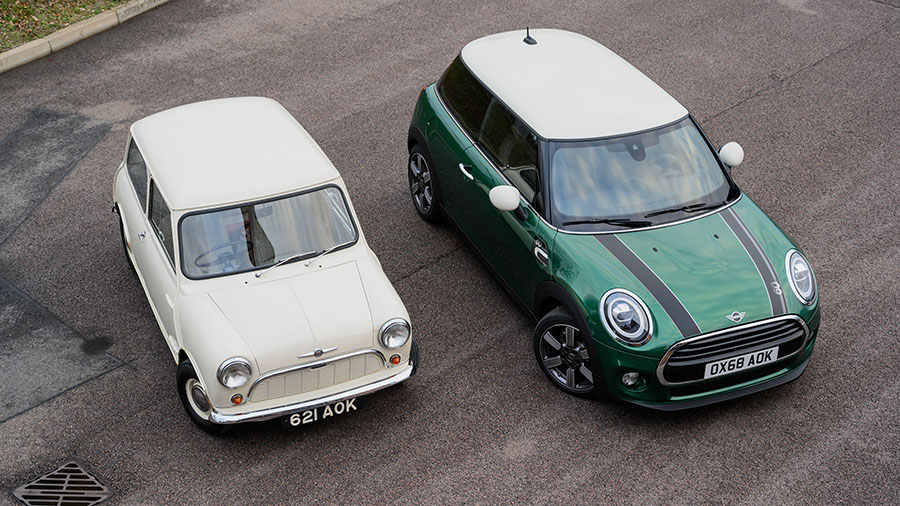 A Racing Legend is Born

Just two years after the introduction of the Mini, John Cooper of Cooper Car Company got involved with the brand in a big way. Cooper – a pioneer for developing rear-engine racecars – made modifications to the Mini and eventually created the Mini Cooper S, which was seen as a sportier version of the iconic original. His modifications eventually lead to the Mini Cooper S winning numerous racing championships against more formidable competitors throughout the 1960s, including the well-known Monte Carlo Rally in 1964, 1965 and 1967. The image of Mini as a champion on the track helped it gain notoriety that propelled Mini to become a symbol of the growing youth culture. 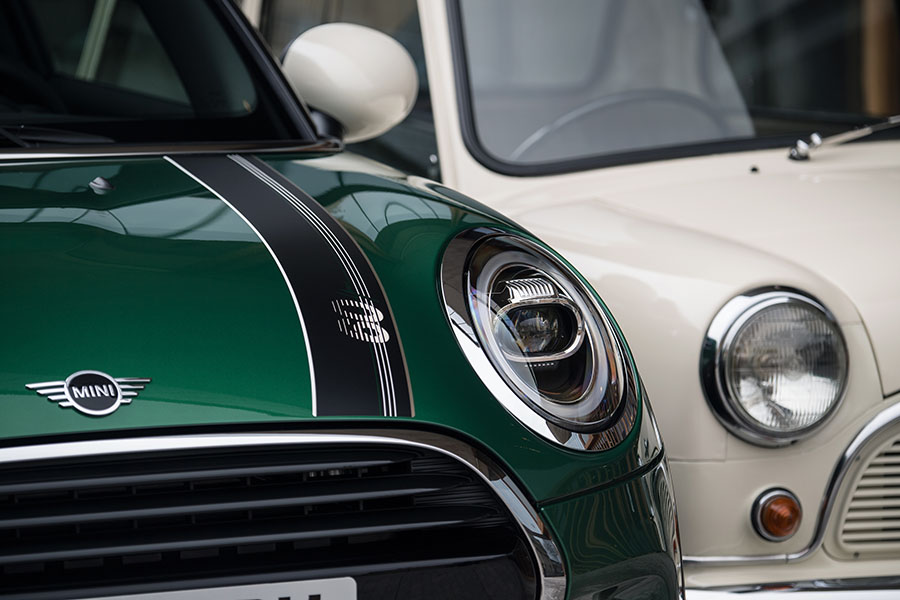 The year was 1967. The first Super Bowl of all time was played between the Green Bay Packers and the Kansas City Chiefs. The world’s first heart transplant was performed. And Barbara Streisand performed in front of 135,000 people in Central Park. While this was all happening, the Mini was making its feature film debut on screens across the globe in The Italian Job, a film starring Michael Caine. Its appearance now legendary, at the time the film helped to drive awareness of the Mini to new heights. Being seen in a Mini soon became a statement many wanted to make, especially those in Europe. And with celebrity owners such as George Harrison and Steve McQueen, who could blame them? Alas, 1967 was also the final year the classic Mini was sold in the US after a seven-year run. 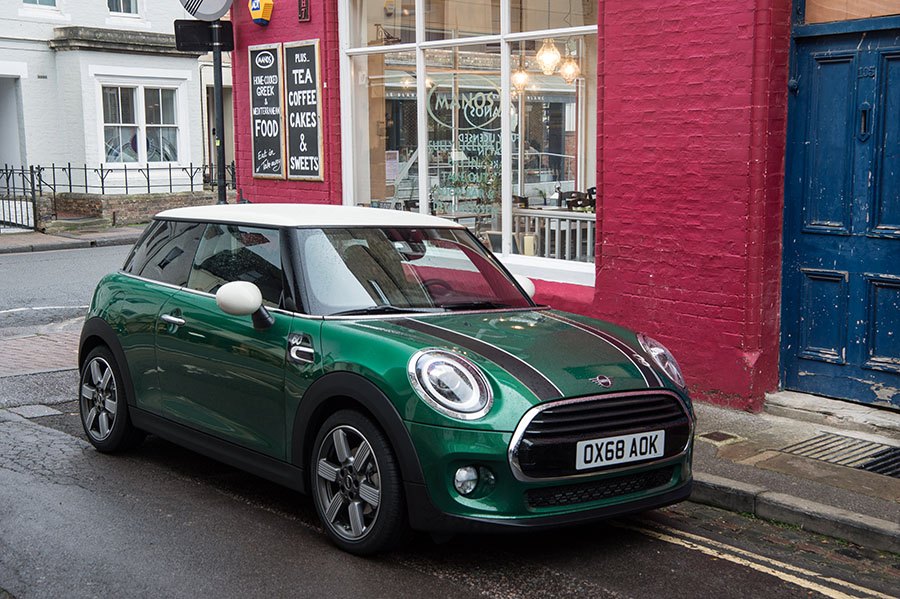 A Galaxy Far, Far Away

By 1977, Star Wars hit the screens and captured the imaginations of millions, beginning what has proven to be a long-running and lucrative franchise. The same year, Apple launched the Apple II and the Concord embarked on its first commercial flight. Mini celebrated the sale of its 4 millionth car, surprisingly without the assistance of a burgeoning automotive market far, far away – the United States. Sales of the Mini were hindered by stricter safety and emissions standards that went into effect in 1968, which meant the brand would have to wait for its time to party in the U.S.A. 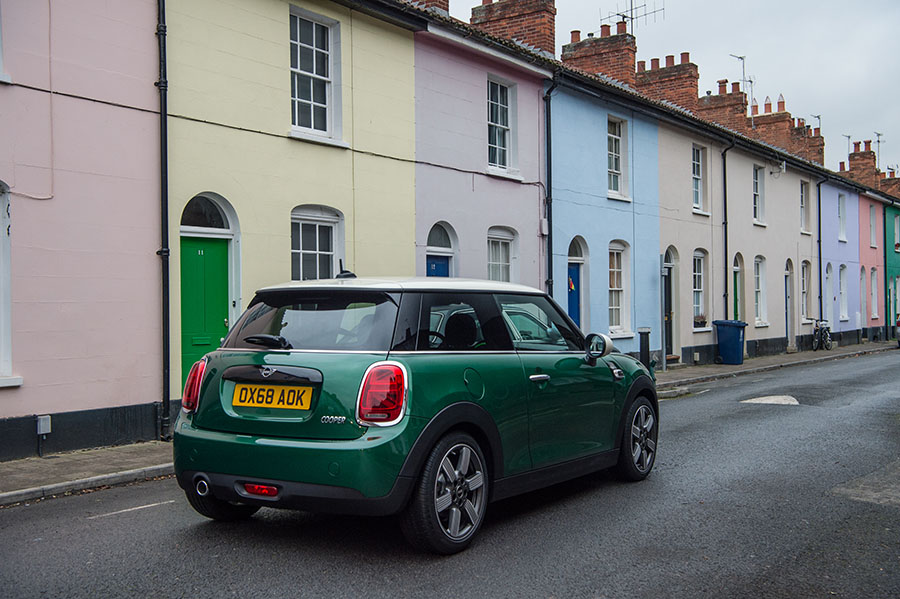 European Car of the Century

In 1999, the world population crossed six billion for the first time, the internet reached 150 million users, and the Euro was introduced as a currency in 11 European countries. Meanwhile, Mini celebrated its 40th anniversary in style – by receiving the distinguished honor of “European Car of the Century,” which was voted upon by 130 international automotive journalists. The brand sold 5.3 million classic Minis between 1959 and 2000 and revolutionized the automotive industry in the process. 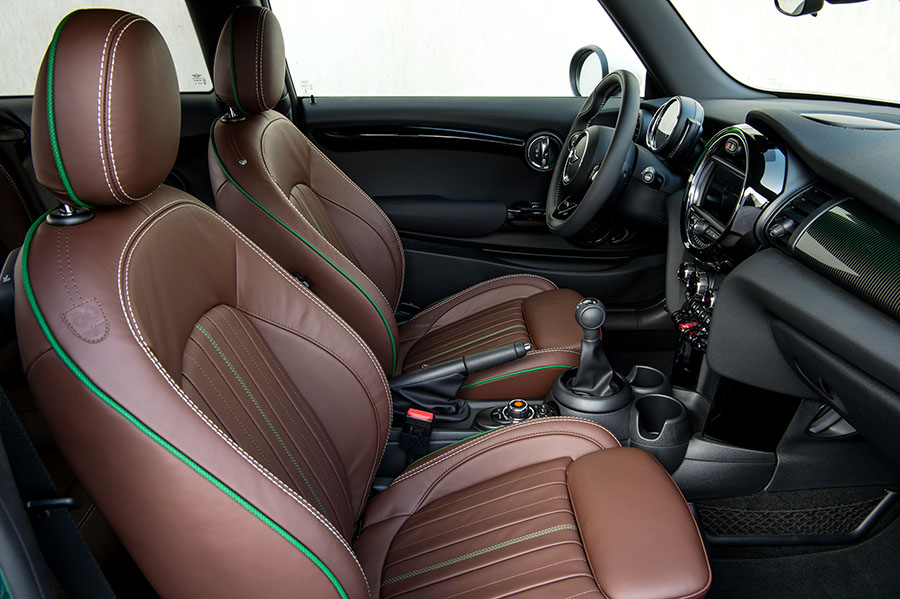 The Dawn of a New Era

As the new millennium arrived, the human genome was deciphered and the first live-in crew arrived at the International Space Station, and the Mini brand – a part of Rover Group at the time – had found itself in the very capable hands of BMW Group. Rover Group was originally acquired by BMW in 1994. However, in 2000, BMW chose to sell the Rover Group while retaining the Mini brand.

As the world continued to change at a rapid pace, BMW was tasked with updating an icon for the modern era. This was no easy task. The classic Mini only underwent minor changes over the course of its first 40 years, so maintaining key Mini design hallmarks such as its round headlights, flat tops and contrasting paint jobs, remained a top priority. Engineers were tasked the unenviable job of trying to keep the familiar Mini look and feel that everyone loved, as well as the famous fun to drive go-kart handling, while also trying to figure out how to inject modern horsepower and technology into vehicles designed for the modern age. 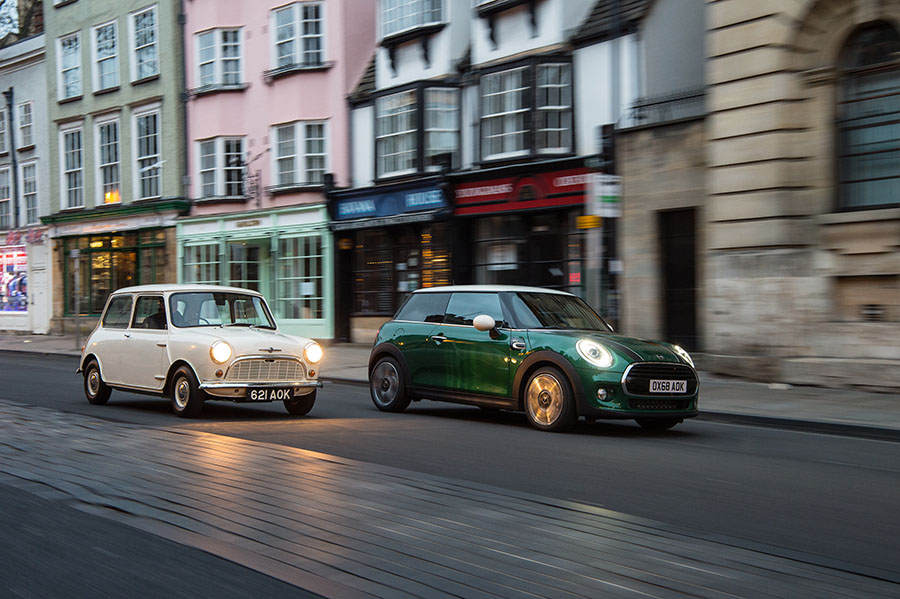 But that’s exactly what they did in 2001 when the new generation of MINI Cooper models were introduced. Originally available in Cooper, Cooper S, and One variants, the performance-based John Cooper Works range of tuning options soon followed. The new MINI models inspired the 2003 remake of The Italian Job – featuring the new models as an homage to two classics.

In 2005, MINI took a step into unchartered territory for the brand when it launched its first-ever convertible. The first-generation MINI Convertible, which was available in Cooper, Cooper S, and One variants, featured a fully-automatic roof and several design choices that harkened back to the classic Mini. It was followed by a second generation of MINI Hardtop models in 2007 and its first John Cooper Works model in 2008. 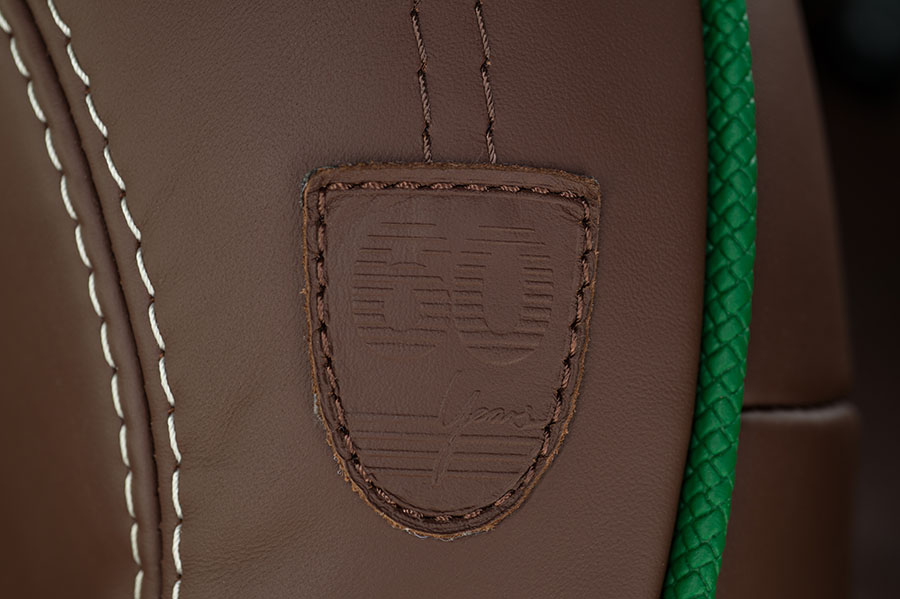 In the years that followed, MINI expanded the model range beyond the Hardtop and Convertible with the introduction of new models, including the Coupe, Roadster, and Paceman. MINI also introduced the Countryman and Clubman, both of which are still part of the MINI lineup today.

To Infinity… and Beyond!

Fast-forward to 2019 – earlier this year, the Toy Story franchise saw the release of its fourth installment, and Marvel completed its decade-long, 23-film Infinity Saga with the release of Avengers: Endgame and Spider-Man: Far From Home. As these long-running franchises look to the future and begin to write new chapters in their success stories, so too does MINI. 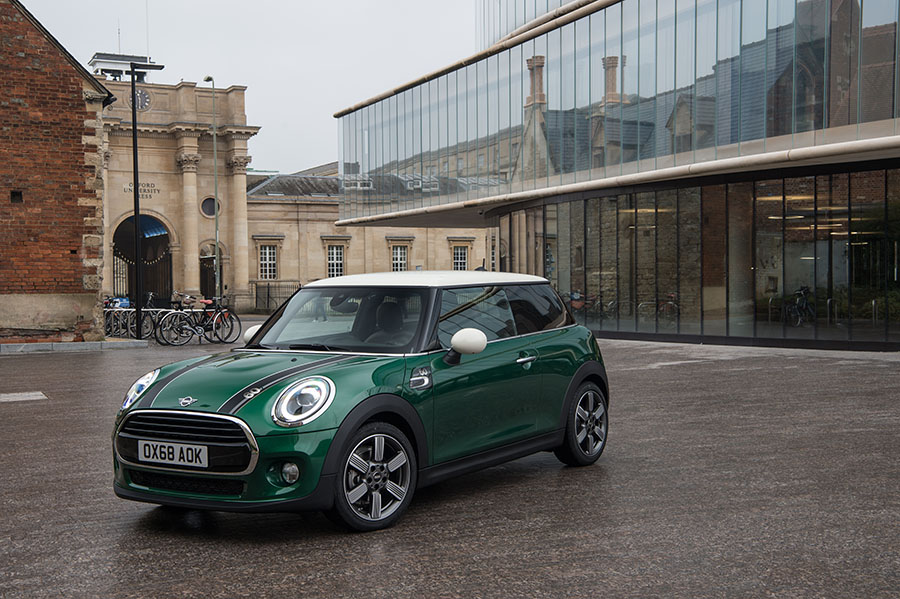 After the initial success of its MINI Cooper S E Countryman ALL4, a plug-in hybrid vehicle, the brand announced in 2017 its intent to build a fully electric vehicle at its Oxford plant. In 2019, MINI has delivered on this promise by introducing the MINI Cooper SE, which will be available at dealerships in the U.S. in early 2020. The new electric vehicle combines sustainable mobility with the driving fun, expressive design and premium quality that are typical of MINI. 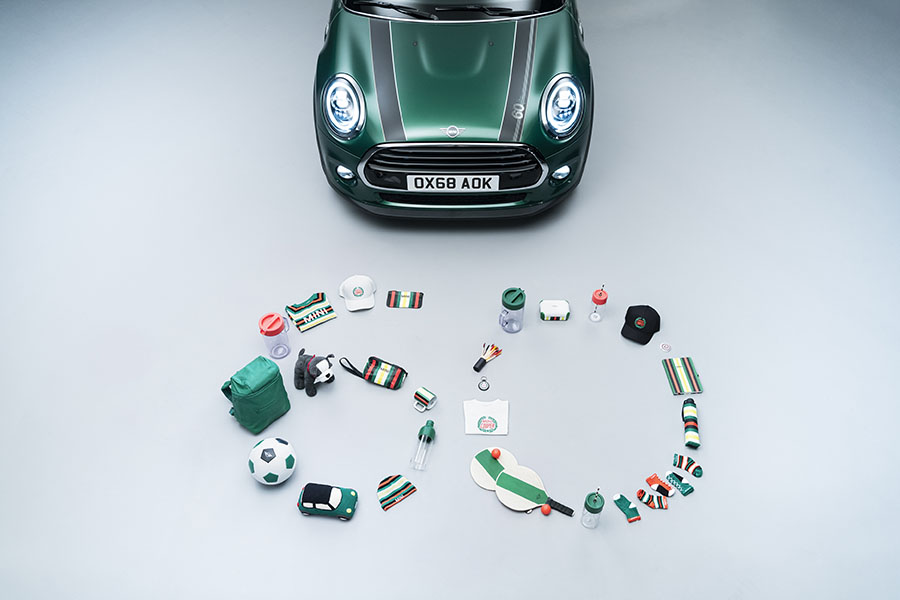 With the new MINI Cooper SE, this uniquely British brand once again sets a pioneering impetus for urban mobility. Sixty years ago today, the revolutionary design principle of the classic Mini established itself, offering space-efficient, fuel-efficient mobility. This was the case when MINI was re-launched in 2001, it was a modern re-interpretation of Mini’s creative space usage and performance that became the definitive premium small car, establishing the segment.