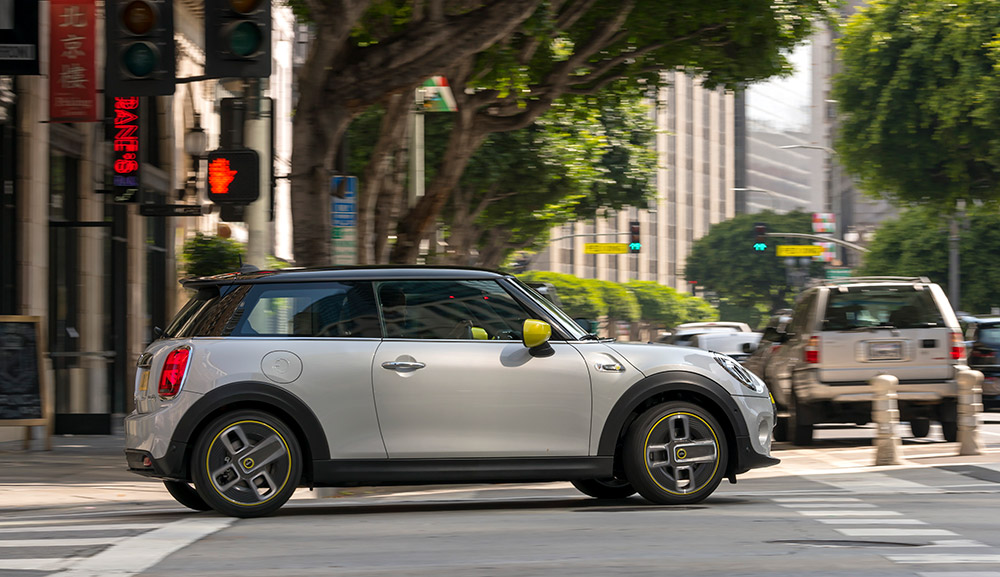 A new consumer survey carried out by MINI USA finds that American consumers are increasingly looking to electrify their daily on-road travel. Releasing the results during National Drive Electric Week, the survey commissioned by Engine’s CARAVAN® reveals that half of all consumers expect the American automotive market to be mostly electric within just 15 years. Not only that, but 80% of those surveyed would also consider an electric vehicle (EV) as their primary or secondary vehicle – a clear sign of progress in the mass adoption of EVs as the ideal mode of everyday transportation for both work and leisure.

While range remains a commonly discussed concern relative to consumers’ daily driving patterns, the survey revealed that 78% of respondents do not travel more than 50 miles per day on average. With most all electric cars today offering a range over 100 miles, this shows EVs are compatible for a strong majority of American drivers.

Attainability of EVs has also increased in the eyes of the American consumer.  Close to half (47%) of all those surveyed believe that EVs have become more affordable and attainable in the last two years. This is also reflected in the 32% of respondents who claimed they’d consider purchasing an electric car within the next five years.

Younger consumers hold an especially positive attitude toward EVs, with Gen Z and Millennial consumers, indicating they are more likely to consider purchasing an EV in five years at 39% and 41%, respectively. They are also twice as likely to believe that electric cars fun to drive compared to older generations.

“Our latest survey shows that more consumers are shifting their attention to electric vehicles as they become more attainable and compelling to own relative to gas models. EVs are especially becoming more attractive to a new generation – ’Gen EV’ as we say.  These are people who are young, fun-seeking and environmentally minded, and want more attainable, fun-to-drive EV choices such as the MINI Cooper SE.” – Mike Peyton, Chief Motorer and Vice President, MINI of the Americas

In addition to generational distinctions, regional differences were clear in the survey results.  Consumers in Western states felt more optimistic (61%) about electric overtaking gas-powered vehicles in 15 years.  In addition, more than half of consumers in the West also responded that they have become more knowledgeable about EVs in the last two years.

In a final observation, the MINI EV survey underscores that education remains a point of continued emphasis in the EV conversation.  Despite a significant majority of Americans (78%) driving far less than the range threshold of most EVs, the survey revealed that just under half of respondents believe EV range is compatible with their daily driving patterns.  In light of National Drive Electric Week, the MINI survey results show opportunity still exists to have an honest conversation about the place electric vehicles already have on American roadways as a fun, reliable, and accessible option for all.

Munro – the World’s Most Capable All-Electric 4×4