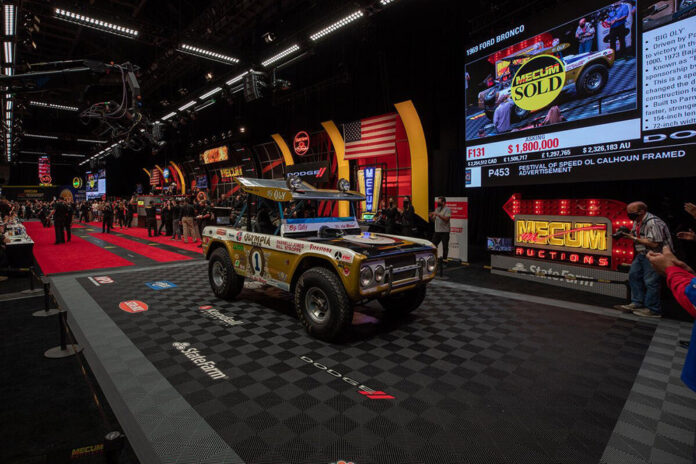 Mecum Auctions is pleased to report resounding live auction success for calendar year 2021, resulting in $578 million in total sales with a 90% overall sell-through rate—the highest annual total ever achieved by a U.S. domestic-based live collector car auction company, and the highest total achieved in the entire industry this year on a global scale. Reflecting on a year that seemed to fly by faster than a 1,000 HP purpose-built drag car speeding down the strip, Mecum pulled together a list of defining moments of 2021, which kicked off in record-setting fashion and became a year dominated by rapidly building momentum that was fueled by a seemingly endless list of unmatched accomplishments at every calendar turn.

HERE ARE THE HIGHLIGHTS

With such a heady list of record-setting achievements and sales figures, 2021 will go down in the history books as Mecum Auctions most successful calendar year to date with overall sales of $578 million, but the accomplishments extend far beyond any traditional means of measurement. At each event and with each highlight recorded, the countless people and cars involved all added another element of history-making intrigue to their own personal tales of triumphs and success, ultimately creating an unparalleled roster chock-full of historic moments fostered by a company that is thriving like never before and with no indication of slowing down anytime soon. Mecum is now prepared to welcome in 2022 in Kissimmee, Florida, Jan. 6-16 with every intention of outdoing itself once again.