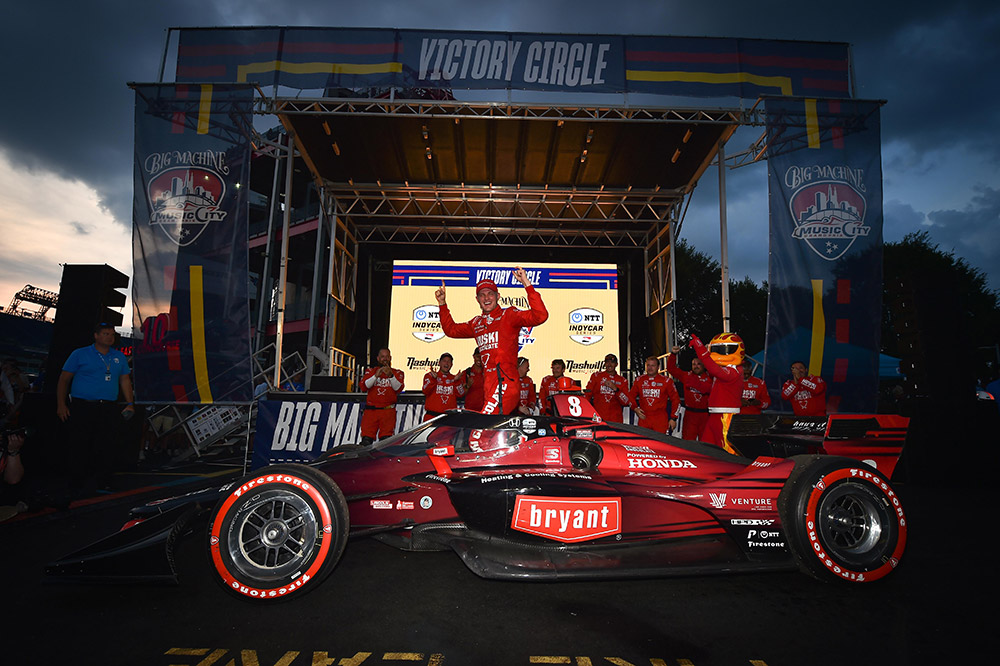 Seventy-five laps later, he drove the No. 8 Bryant Honda into victory lane Sunday as the winner of the inaugural NTT INDYCAR SERIES race on the streets of Nashville, Tennessee, in one of the most improbable results in recent memory.

Ericsson beat Chip Ganassi Racing teammate Scott Dixon to the finish by 1.5596 seconds in a two-lap showdown after a red flag to earn his second victory this season. Ericsson’s amazing drive to the front came after he hit the rear of Sebastien Bourdais’ No. 14 ROKiT/AJ Foyt Racing Chevrolet on a restart on Lap 5, dislodging the front wing of his car and incurring a stop-and-go penalty for avoidable contact. 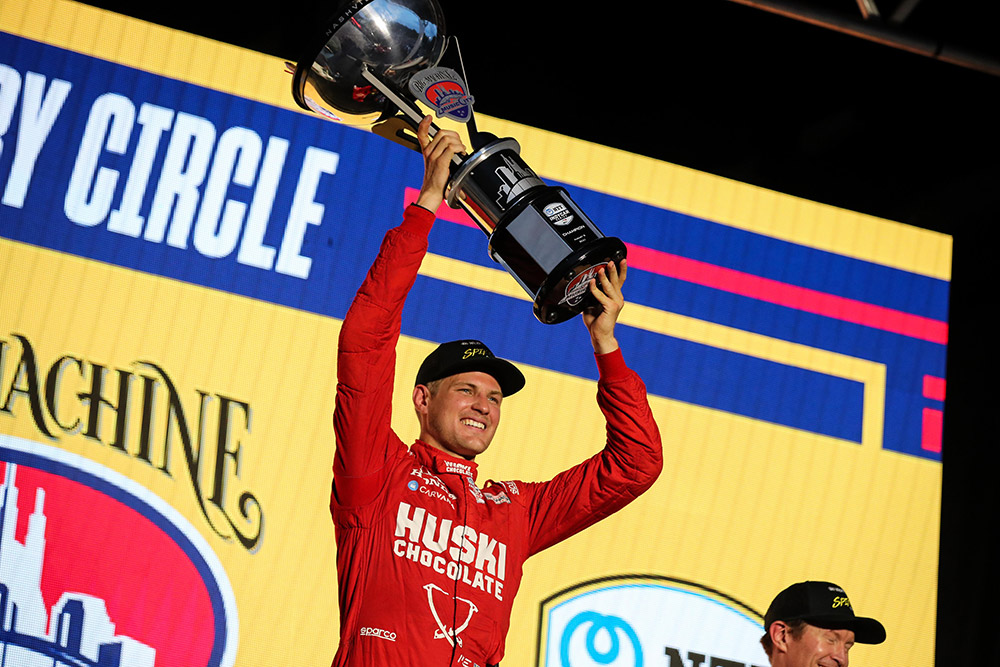 The late red flag came when NTT P1 Award winner Colton Herta crashed heavily in Turn 9 with five laps to go while running second and chasing Ericsson for the lead.

“It’s unbelievable,” Ericsson said. “It just shows in INDYCAR anything can happen. You can never give up. And if you have a good team and a good car, you can still get to victory lane.

James Hinchcliffe finished third in the No. 29 #ShiftToGreen Honda for his best result of the season for Andretti Steinbrenner Autosport. His previous best in 2021 was 14th in June at Belle Isle-2. Ryan Hunter-Reay finished fourth in the No. 28 DHL Honda as Andretti Autosport put two cars in the top five for the first time this season.

While Hinchcliffe and Hunter-Reay didn’t have quite the dramatic early laps of the race as Ericsson, both were forced to stop on track when the track was blocked by a multicar incident on Lap 20 that forced the first of two red flags in the 80-lap race. Yet they also rallied to drive into the top four. 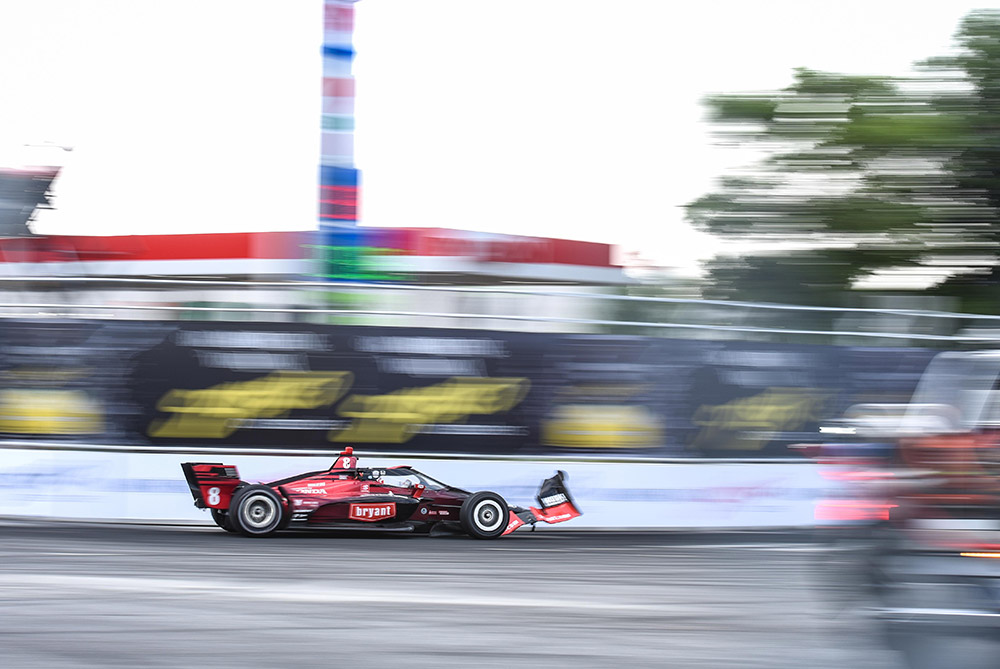 Graham Rahal, who was quickest in the race warmup today, rounded out the top five in the No. 15 United Rentals Honda. Like Hinchcliffe, Ed Jones produced his best drive of the season, finishing sixth after starting 26th in the 27-car field in the No. 18 SealMaster Honda. Jones’ previous best result in 2021 was ninth in June at Belle Isle-1.

Alex Palou expanded his championship lead by finishing seventh in the No. 10 NTT DATA Honda. He leads Chip Ganassi Racing teammate and six-time and reigning series champion Dixon by 42 points, as Dixon leap-frogged Pato O’Ward into second with his best result in the No. 9 PNC Bank Grow Up Great Honda since winning Texas-1 in early May.

O’Ward finished 13th in the No. 5 Arrow McLaren SP Chevrolet – his worst result since the Indianapolis road course race in early May – and fell to third in points, 48 behind Palou. 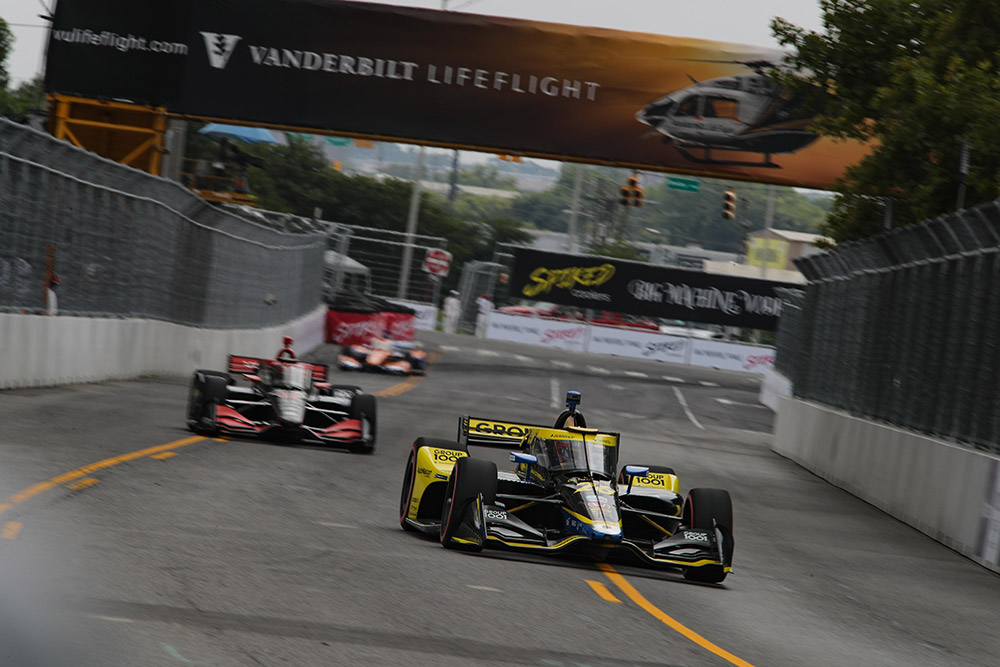 Ericsson, whose previous win came in June at Belle Isle-1, is fifth in the points, 79 behind Palou. He is just four points behind fourth-place Josef Newgarden, who finished 10th today at his hometown race in the No. 2 Hitachi Team Penske Chevrolet.

The race unfolded into a head-to-head duel between Ericsson and Herta over the closing 20 laps after a chaotic opening 60 laps that included seven caution periods.

But Herta never got a chance to challenge Formula One veteran Ericsson for the lead after he locked up his tires while slowing for Turn 9 after exiting the Korean War Veterans Memorial Bridge on Lap 75, hitting the tire barrier hard. Herta was quickest in every pre-race session this weekend on the 11-turn, 2.17-mile street course except for the morning warmup. 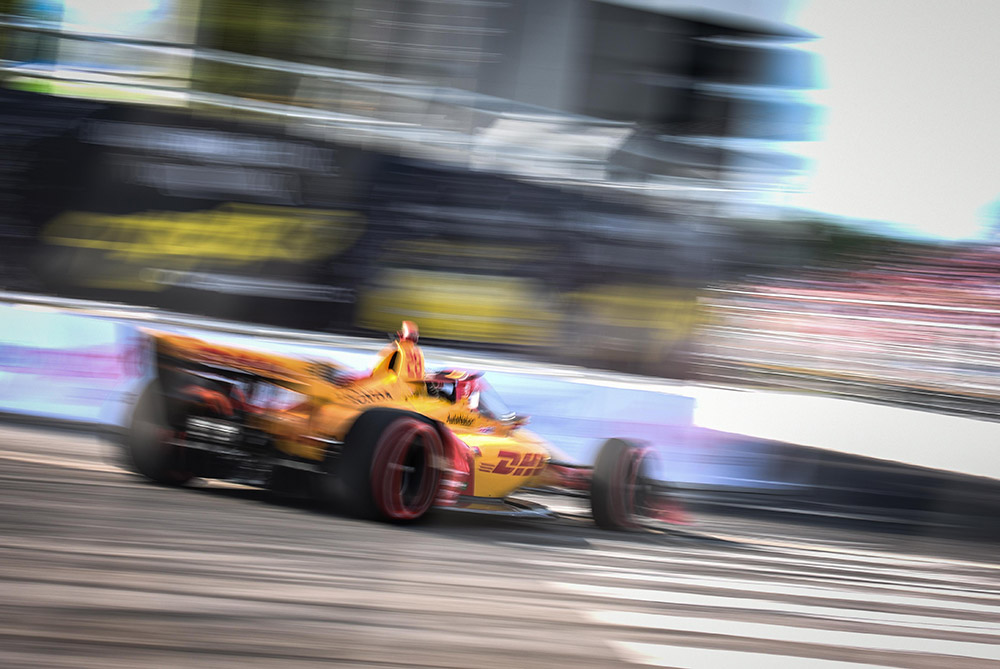 “Colton was so fast, as we saw all weekend, so to keep him behind with a lot of fuel save was one of the best performances of my career,” Ericsson said. “I’m sorry he ended up in the fence there. He should be on this podium with us.”

Eight caution periods in the first 60 laps jumbled strategies and kept engineers and strategists on the pit wall almost as busy as drivers on the bumpy circuit that includes two trips across the Cumberland River each lap.

Ericsson was in the pits seven times during the race, three more than fellow podium finishers Dixon and Hinchcliffe, due to damage from his early incident with Bourdais and to serve the stop-and-go penalty he was assessed for avoidable contact in that collision. Ericsson drove up the back of Bourdais’ car, launching his front end into the air, on a restart on Lap 5. 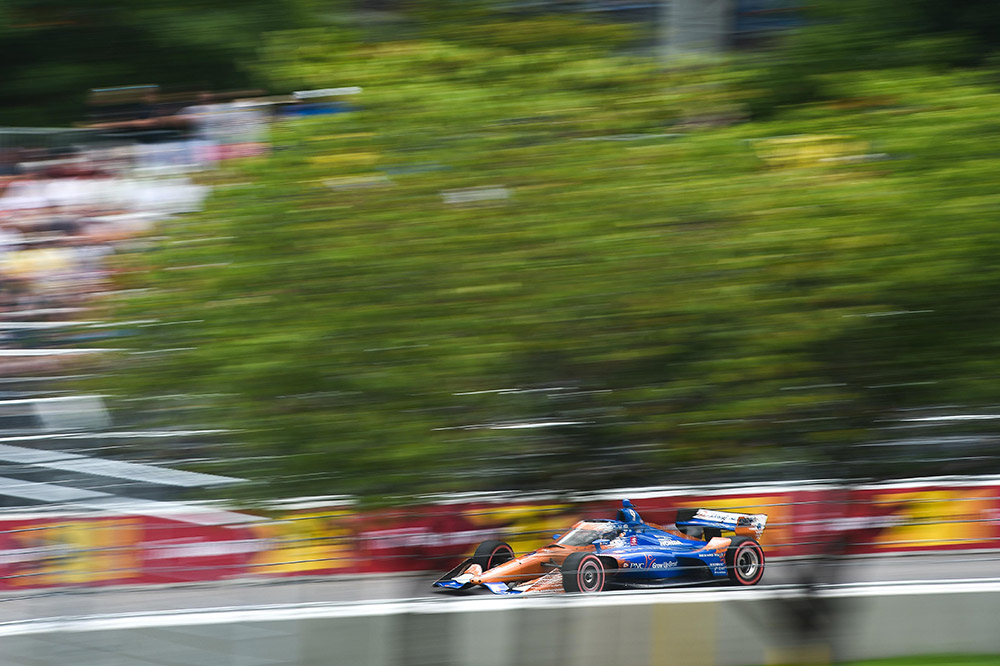 “I want to apologize to Seb there at the start,” Ericsson said. “It was an accident. I thought it was green, and I went, and I couldn’t see that he stopped, so I’m really sorry for that.”

But Ericsson’s Chip Ganassi Racing team – led by strategist Mike O’Gara – made all the right calls on pit stops, and he first took the lead on Lap 33 and then again for good on Lap 56 when Romain Grosjean pitted in the No. 51 Nurtec ODT Honda. Ericsson led 37 laps for the day, two fewer than Herta.

Herta also caught a timely break during his first pit stop on Lap 33, during a caution period triggered by tire barrier contact in Turn 1 by the No. 21 Sonax/Autogeek Chevrolet of Rinus VeeKay. It appeared Herta would return to about the middle of the field for the ensuing restart, as a handful of cars had made pit stops during the numerous cautions earlier in the race. 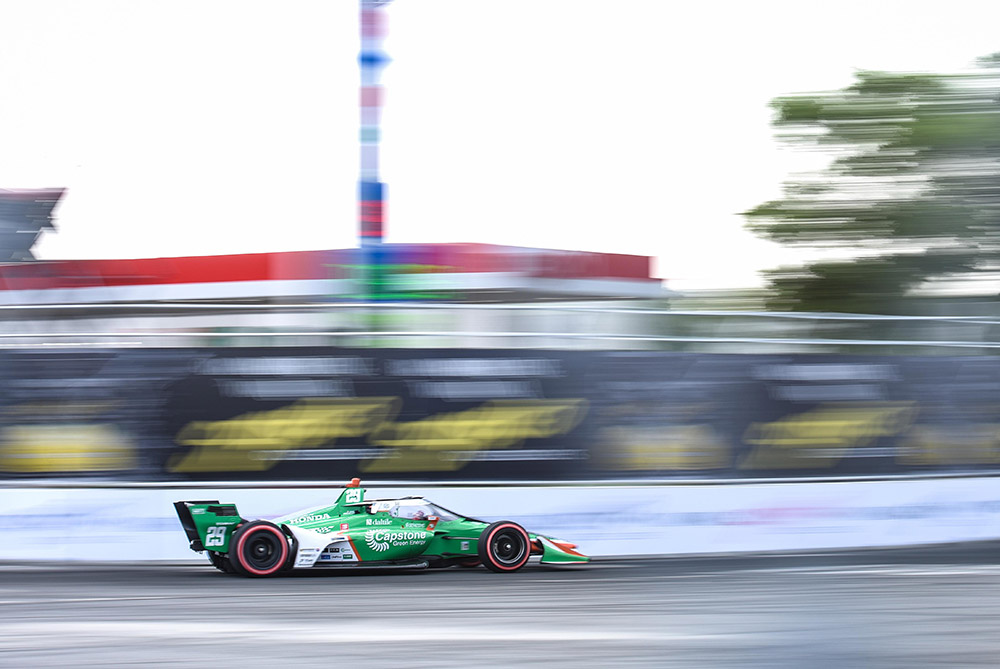 But the Chevrolet Corvette Pace Car had to slow approaching the VeeKay accident area, as there was only one lane open on track since the AMR INDYCAR Safety Team was still clearing VeeKay’s car from the track. That allowed Herta to re-enter the track in fourth place behind leader Ericsson, Hunter-Reay and Hinchcliffe.