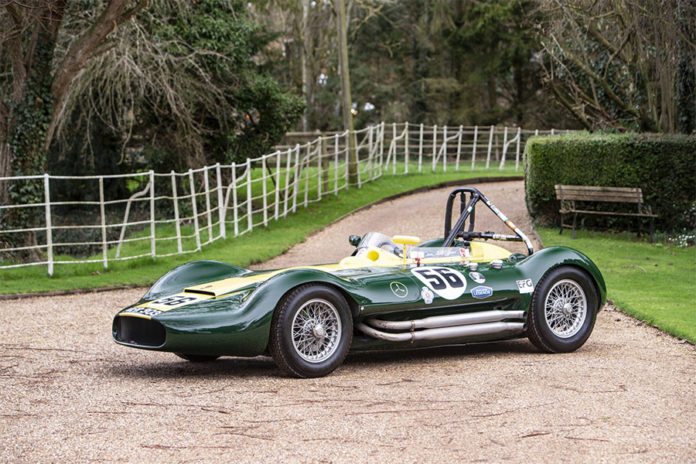 The Lister was originally destined to come under the hammer at the Bonhams Goodwood Members’ Meeting Sale scheduled for the weekend but, with the other lots, was offered for private sale after the auction was cancelled due to the latest developments regarding COVID-19.

The period racing car was built for and first campaigned by Archie Scott Brown, the Paisley-born racing driver who enjoyed much success on track, despite being born with only one hand, and earned the nickname ‘King of Drift’ from Juan Manuel Fangio.

Scott Brown secured a first and second place in 1956 at Brands Hatch with the Lister, which has more recently competed in the Le Mans Classic, Monaco Historique and Goodwood Revival meetings.

Other period racing cars which sold at the weekend included:

Other lots sold were two of Ferrari’s finest from the 1970s: a 1971 365 GTB/4 ‘Daytona’ Spyder by Autokraft, arguably the best-known professional conversion of the Pininfarina-styled coupé, and a right-hand drive 1974 Dino 246 GTS.

“Due to the continually changing and challenging circumstances over the past few weeks we have had to quickly adapt our sale format. The results show that, despite the current situation, there is still an appetite to buy good quality classic and historic competition cars among collectors and enthusiasts.”