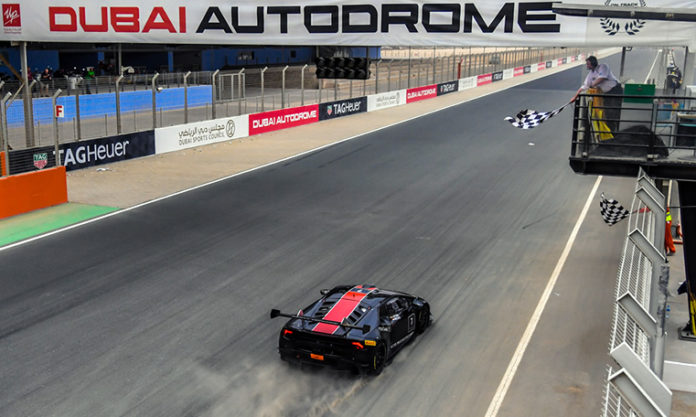 After last week’s victory in Race 2 at the Yas Marina Circuit, Abu Dhabi, the two young PRO drivers, Rik Breukers and Axcil Jefferies, triumphed again in Dubai, during the second round of the Lamborghini Super Trofeo Middle East. 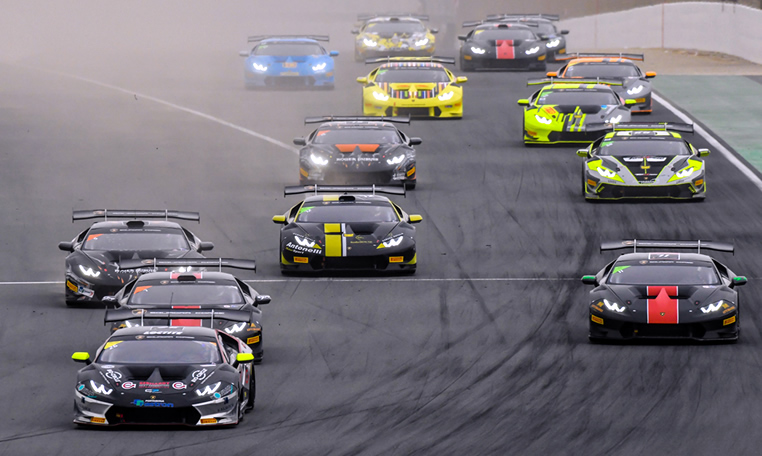 At the start of Race 1, the lead was in the hands of Hendrik Still (# 26 Konrad Motorsport), who started in first position, thanks to the pole conquered in the qualifying sessions. During the first stint, the German driver managed to skillfully keep Axcil Jefferies (# 7 GDL Racing) under control, thanks to a fast pace (best race lap, 1’37″377), although his advantage gained in the first laps was reduced when the safety car was released, because of a stopped car on track.

The pit-stop for the driver change, however, was decisive for a change of the top of the standings: Rik Breukers, member of the Young Drivers Program of Lamborghini Squadra Corse, took over the wheel in car # 7 of GDL Racing from Jefferies and at the earliest opportunity, he managed to overtake the Huracán Super Trofeo # 26 of Konrad Motorsport, which had meanwhile passed into the hands of Paul Scheuschner, who was relegated to the fourth place, to the benefit of Andrew Haryanto (# 71 GDL Racing) and the duo formed by Carrie Schreiner and Richard Goddard on the Huracán # 15 of the team FFF Racing. 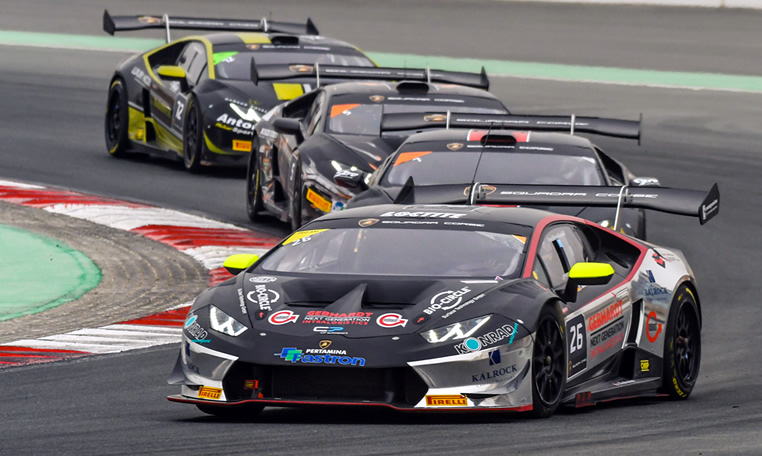 At few laps from the end, though, the victory of Breukers was put at risk by a ten-second penalty inflicted on the young Dutch driver for a track limit infringement. The big advantage gained by Breukers over his direct pursuers, however, allowed him to finish in the lead with more than seven seconds ahead of his opponents, thus winning Race 1.

Thanks to this victory, Rik Breukers and Axcil Jefferies reduced the gap in the PRO driver standings. In this category, it is also worth mentioning the excellent performance of the car # 5 of the team FFF Racing, with the nineteen-year-old German Carrie Schreiner and the American Richard Goddard, who got the third place overall as well as the second class place and are now the new PRO leaders. 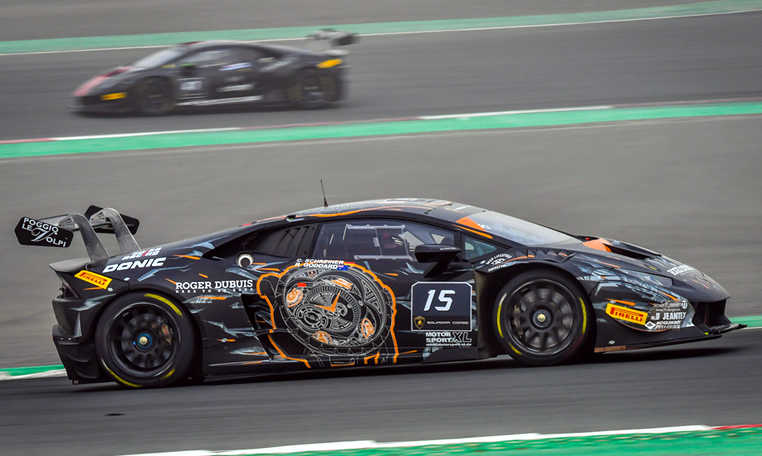 The PRO-AM class saw the triumph of the duo of Konrad Motorsport formed by Hendrik Still and Paul Scheuschner, best in class although they finished in fourth place overall after leading the first half of the race. The second position of the category is occupied by another Huracán of GDL Racing, the # 47 driven by Steven Liquorish and the new entry of the series, George Richardson. The third place (eighth overall) was conquered by Bertuzzi and Farmer (# 26 GDL Racing), authors of a great performance during the first round at the Yas Marina Circuit. 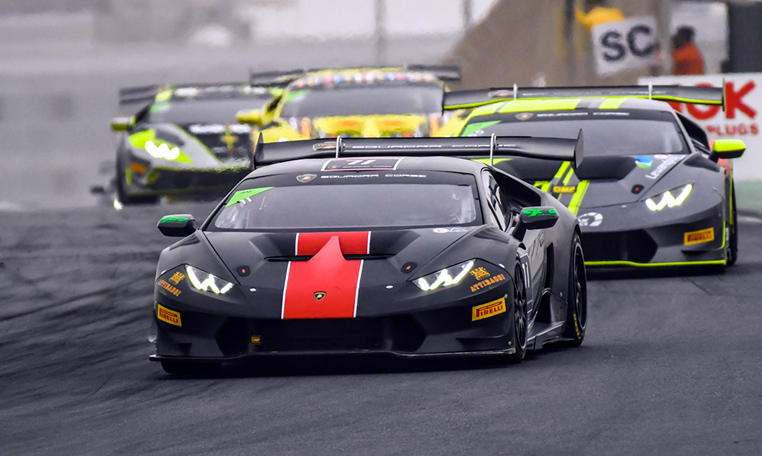 Andrew Haryanto (# 71 GDL Racing), with a second place overall and a considerable improvement during the various driving sessions, also won in the AM class, ahead of the drivers of the team GT3 Poland, Myszkowski-Lewandowski and the driver of ARC Bratislava, Miro Konopka. Nothing to do for the leaders of the AM class, Marco Antonelli and Davide Roda, tenth overall and fourth in class. In the Lamborghini Cup class, the highest step of the podium was conquered again by the rookie Gabriele Murroni, Petri Corse.