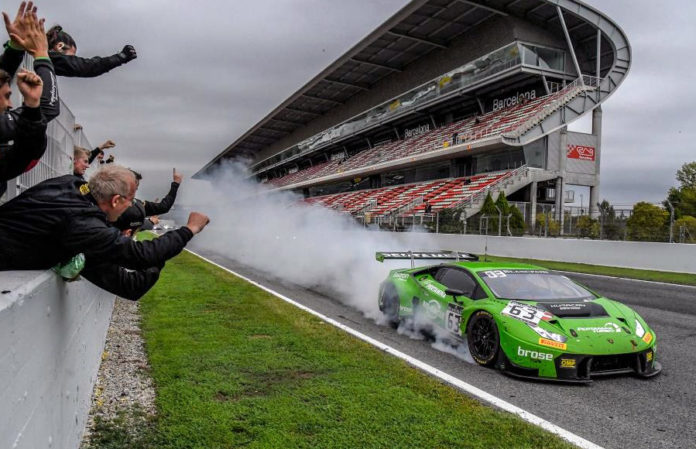 In Barcelona, during the last round of the season, the Lamborghini Huracan GT3 of the Austrian team Grasser Racing has been crowned 2017 champion of the Blancpain GT Series, the most prestigious and hard-fought GT championship in the world.

A third-place finish was enough for the car number 63, led by the factory drivers of Lamborghini Squadra Corse, Mirko Bortolotti, Christian Engelhart and Andrea Caldarelli, to secure the 2017 title, after a three-hour race always in the top positions in an exceptional parterre that saw as many as 50 cars at the start. 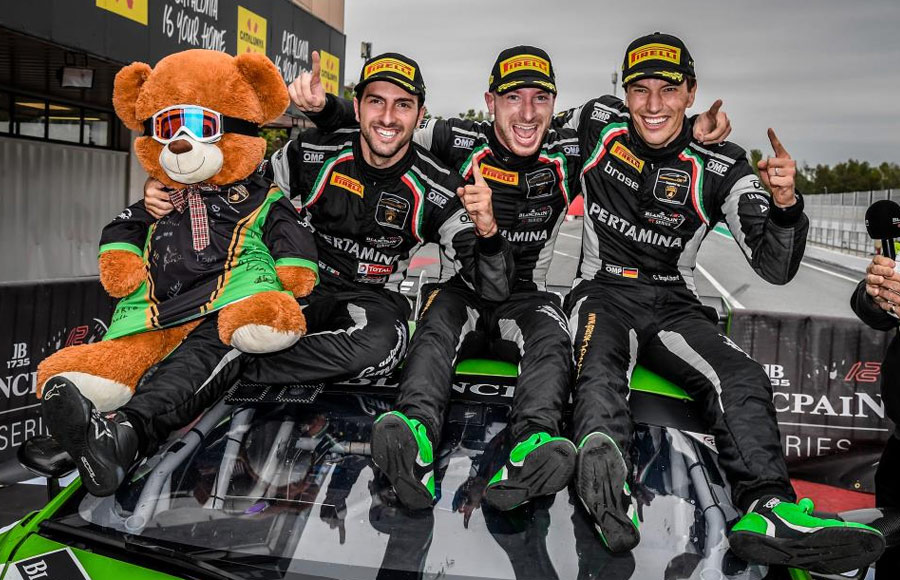 The Barcellona race was the crowning of a season that saw the Lamborghini Huracán GT3 #63 of Grasser Racing fighting for the top positions during all ten rounds of the Blancpain GT Series, both in the Sprint Cup races (with Bortolotti and Engelhart), and in the Endurance Cup ones (with Andrea Caldarelli and the previously mentioned drivers). 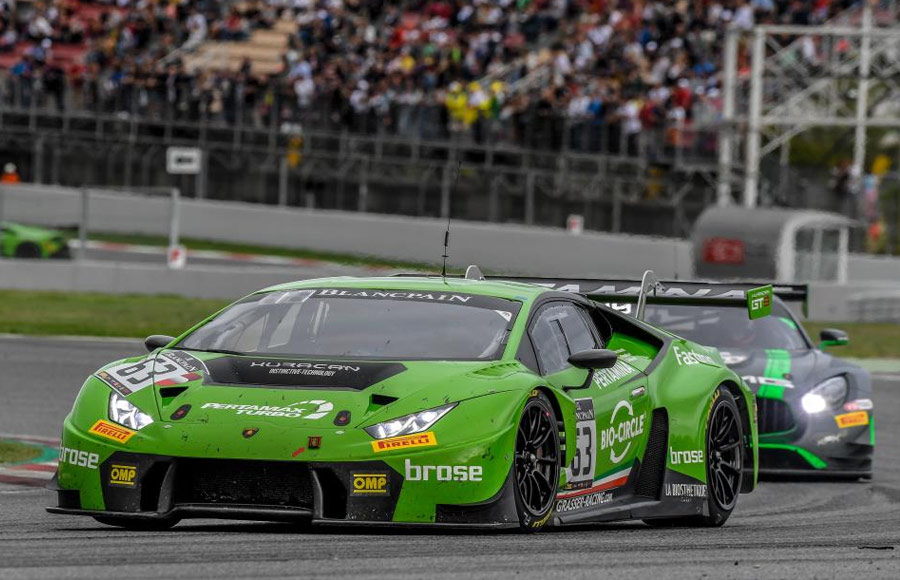 The season has been marked by many excellent results: a victory at Monza and Silverstone in the Endurance Cup, a double win at Brands Hatch in the Sprint Cup plus a long series of point finishes. The consistency of performance, the reliability of the Huracán GT3, the excellent job done by Grasser Racing and the quickness of the Lamborghini factory drivers were decisive for winning such a hard-fought championship as the Blancpain GT Series, in which all the most prestigious car manufacturers fight on the edge of tenths of seconds. 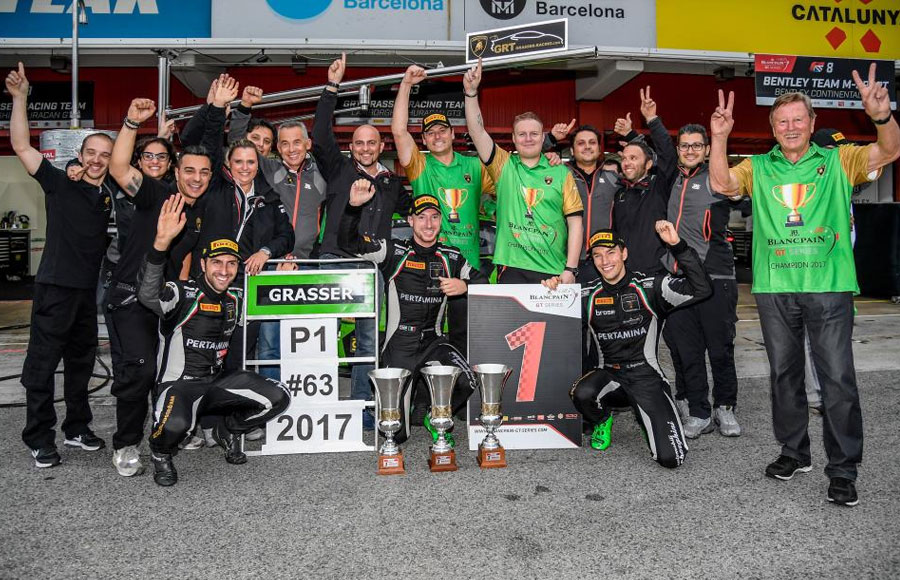 In total there are three titles won in the Blancpain GT Series championship: the Austrian team wins the Overall Team title. Mirko Bortolotti and Christian Engelhart win the Overall and Endurance Cup Driver’s title, the latter together with Andrea Caldarelli.

These Three Soft Bags Will Fit Perfectly in Your Lamborghini Huracán, Aventador ...

Lamborghini Celebrates Cars That Left Their Mark on the Big Screen

Lamborghini Donates Customized Huracán to Pope Francis: Will be Auctioned for Ch...