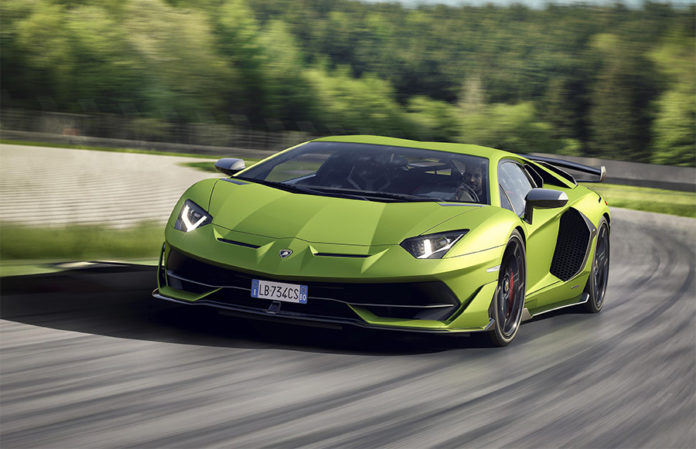 Automobili Lamborghini unveils the Lamborghini Aventador SVJ in a worldwide premiere during Monterey Car Week in California at “The Quail, A Motorsports Gathering”. The distillation of extraordinary design, groundbreaking technologies and the ultimate in handling, performance and driver enjoyment, the Aventador SVJ creates pure driving perfection, taking the concept of a super sports car to a new dimension. 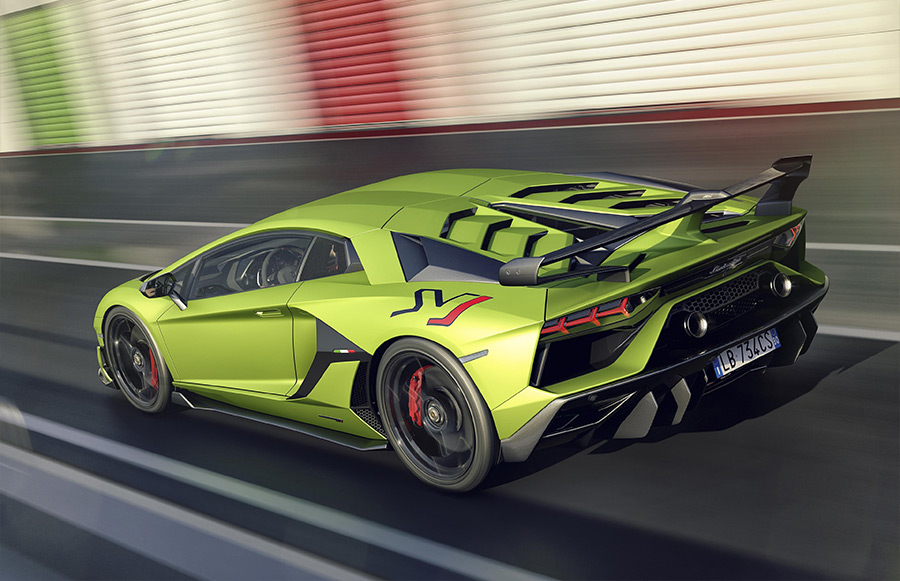 The new Aventador SVJ, where SV historically stands for Superveloce – meaning ‘superfast’ – takes the ‘Jota’ suffix, denoting its track and performance superiority: the Aventador SVJ has already claimed its position as the Nürburgring-Nordschleife production car record holder, completing the 20.6 km lap in just 6:44.97 minutes. Production is limited to 900 units. 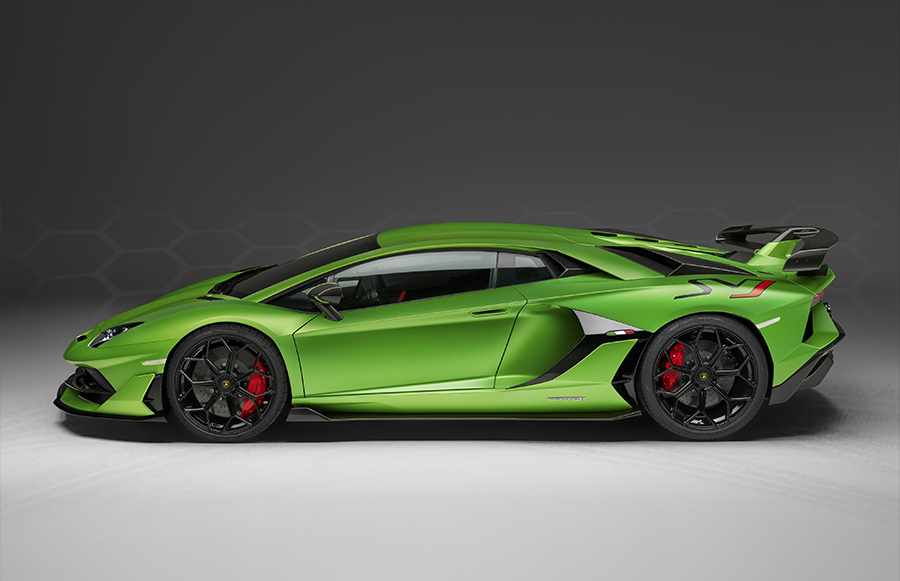 A special edition, named SVJ 63, is exclusively unveiled on the concept lawn at the Pebble Beach Concours d’Elegance. It pays homage to Lamborghini’s founding year of 1963: produced in a unique configuration, it demonstrates the rich use of carbon fiber and is made in an additional limited number of just 63. 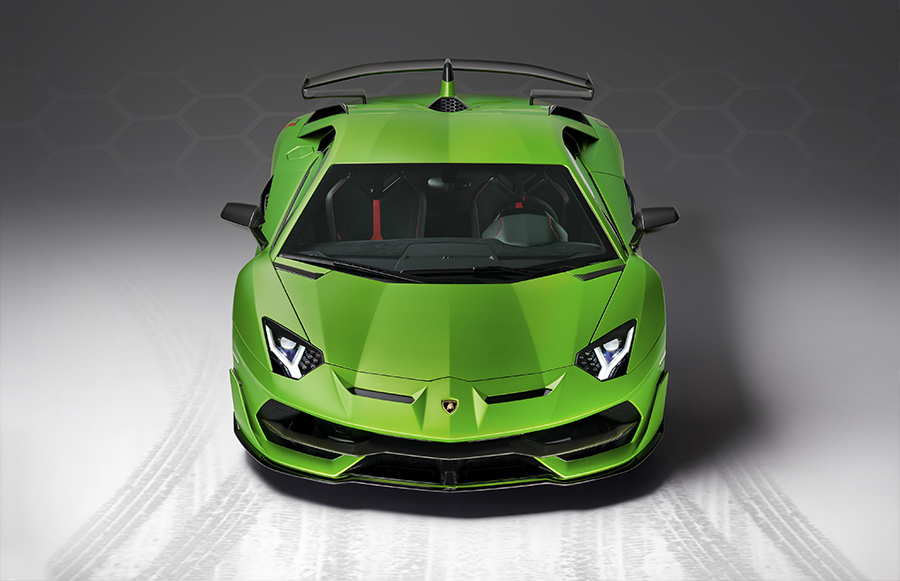 “The Aventador SVJ is an innovative car and represents the absolute pinnacle of our super sports car product range,” said Automobili Lamborghini Chairman and Chief Executive Officer, Stefano Domenicali. “The challenge to Lamborghini designers and engineers was to improve the purest essence of the Lamborghini super sports car, drawing on every inspiration from a space ship to a jet fighter: all the most exceptional examples of super-fast, super-athletic, aerodynamic superiority. The Aventador SVJ takes another step into the future, shaping the potential for super sports car development.” 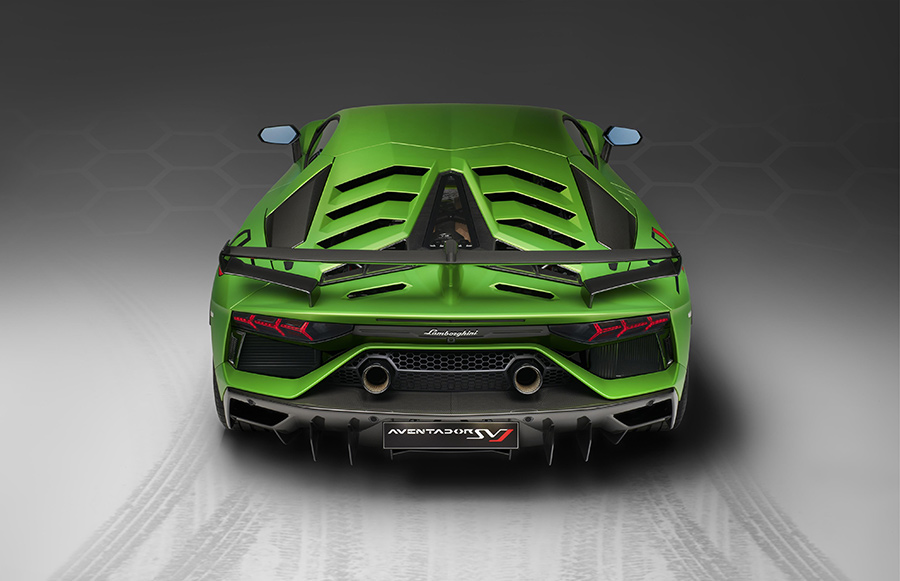 The Aventador SVJ is a driver-focused car, developed to maximize the union between driver and car in the most extreme road and track conditions and ensure the most rewarding experience.

With Lamborghini’s three driving modes, Strada, Sport and Corsa, as well as the EGO option allowing the driver to further customize his preferences for car set-up, the cockpit features Kombi graphics on the TFT digital dashboard display as well as showing live status of the ALA functions. 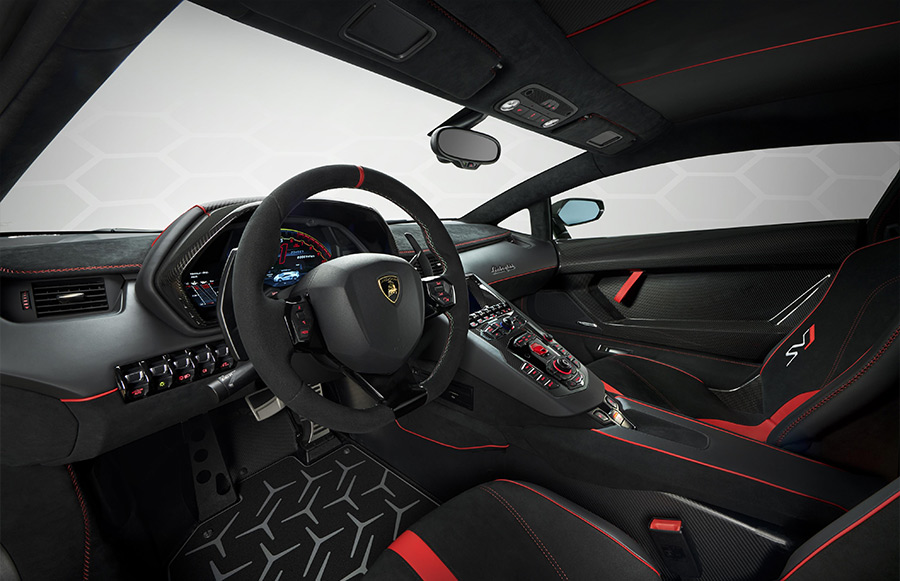 The Navigation System and Infotainment System including AppleCarPlay come as an option free of charge, allowing the cockpit’s occupants to manage voice activated communications and entertainment from personal Apple devices.

The interior specification of the Aventador SVJ is virtually limitless through Lamborghini’s Ad Personam customization program. 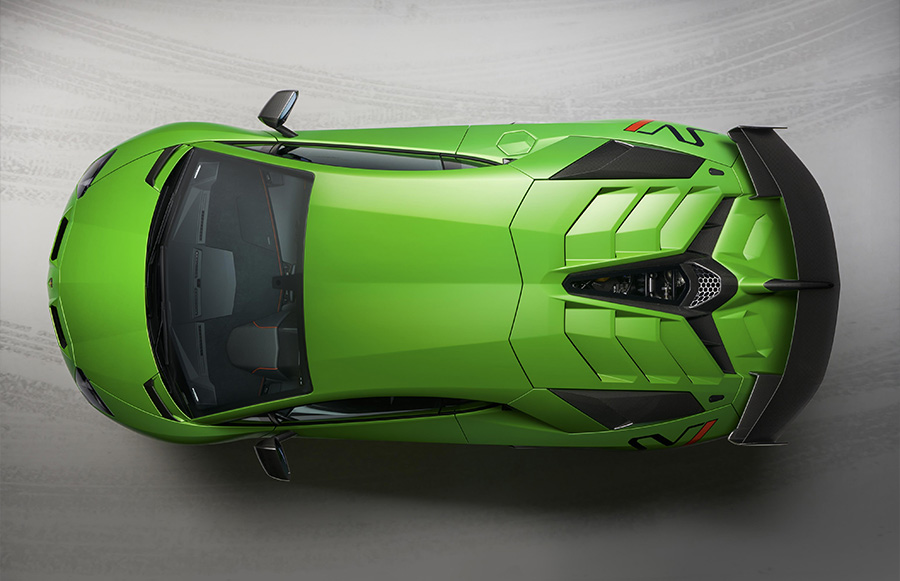 The first customers will take delivery of the new Lamborghini Aventador SVJ at the beginning of 2019 with suggested retail prices as follows:

Lamborghini Essenza SCV12 First with Full Carbon Chassis According to the FIA Hy...

The INSANE Lamborghini V12 Vision GT and RAREST LAMBOS EVER!