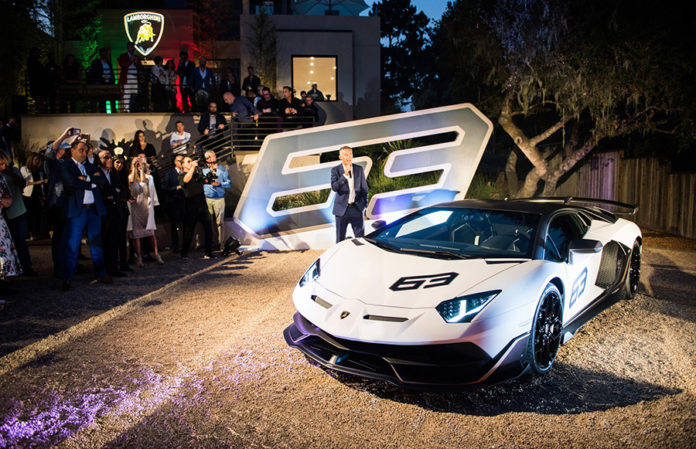 Lamborghini marked Monterey Car Week with the inauguration of its newest villa outpost on the Peninsula – the Lamborghini Lounge Monterey. The modern villa featuring the latest product on showcase was transformed into an immersive brand experience which included live sketching from Lamborghini’s Centro Stile, dedicated Ad Personam customization area, Roger Dubuis display and workshop. Authentic cuisine by Lamborghini’s resident Italian Chef Andrea Zanin was served up all weekend highlighting the best of ‘made in Italy’. The Lounge was home to exclusive test drives in the latest Lamborghini’s products and featured private unveils with unprecedented access to the company’s key executives. 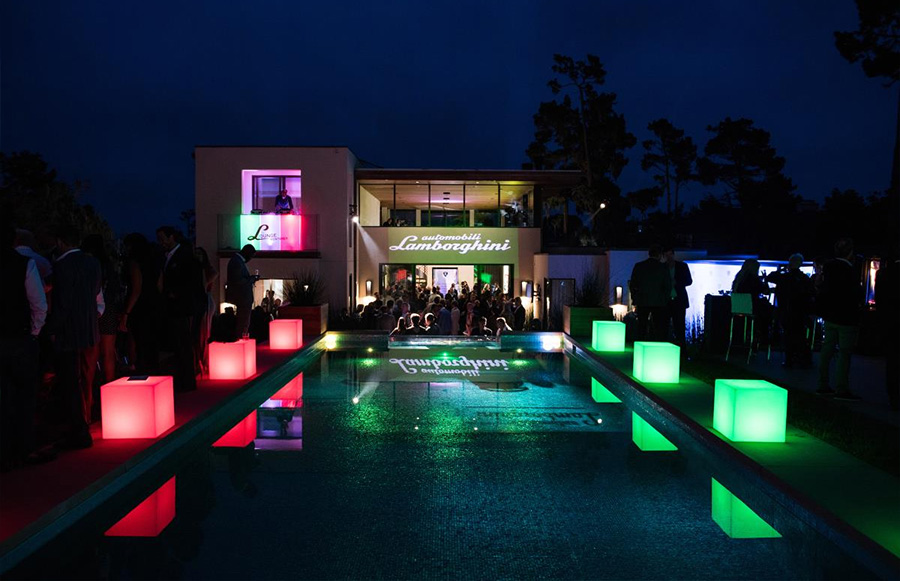 Lamborghini kicked off the weekend with an exclusive event to unveil the newly minted private home. At the inauguration event, held on August 24, more than 500 VIPS, guests and influencers from all over the world were joined by the Consulate General of Italy in San Francisco to toast to Italian excellence. Lamborghini’s Chairman & Chief Executive Officer, Stefano Domenicali, was in attendance for the events which also included an homage to the 50th anniversary of the Espada and Islero models and a nod to 1963, the year Lamborghini was born. 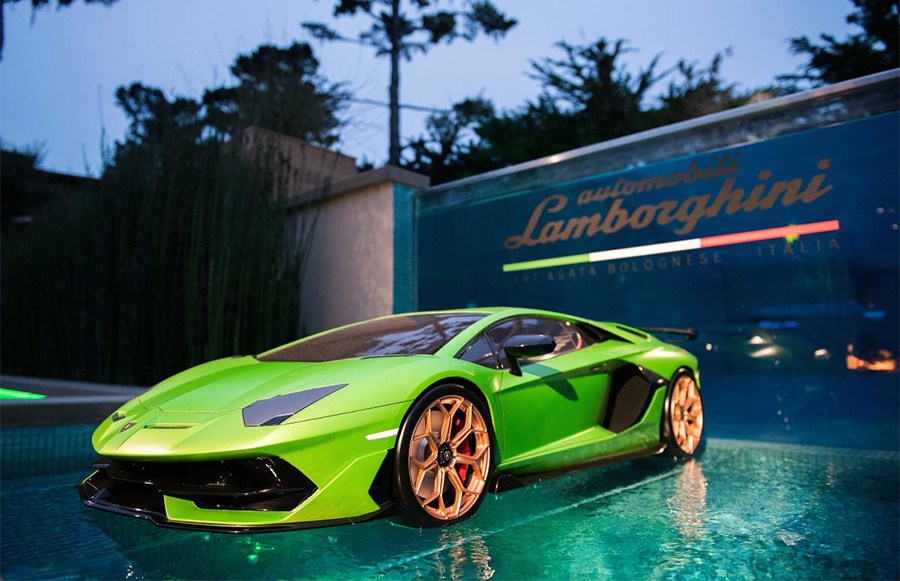 “We are living a very exciting time for our company,” says Stefano Domenicali, Chairman and CEO of Automobili Lamborghini. “At this edition of Monterey Car Week, we celebrate all things Lamborghini and we have much to be proud of such as our recent sales record, the successful entree of the Urus Super SUV into the American market and our record-breaking V12 super car the Aventador SVJ. It’s a truly energizing time for the iconic marque.” 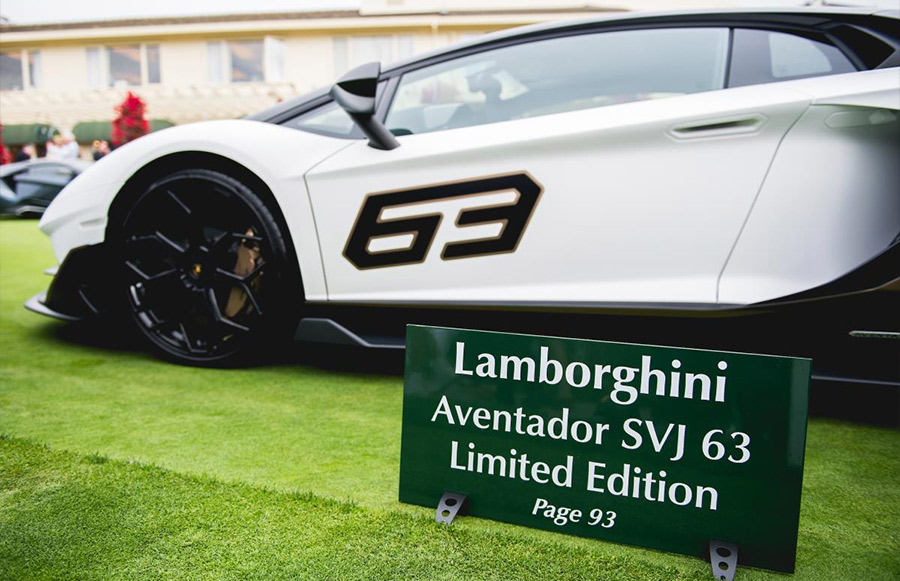 The new Aventador SVJ was officially uncovered at The Quail, A Motorsports Gathering and a limited-edition Aventador SVJ 63 was presented on the Concept Lawn of the Pebble Beach Concours d’Elegance on Sunday, August 26 for spectators and collectors musing.

With its sights set on the future as well as the past, Lamborghini raised the excitement with the unveiling of the new Aventador SVJ, the newest and most technologically advanced version of the flagship V12 model to date, which is now the fastest production car to lap the Nürburgring-Nordschleife circuit (6:44.97 minutes). 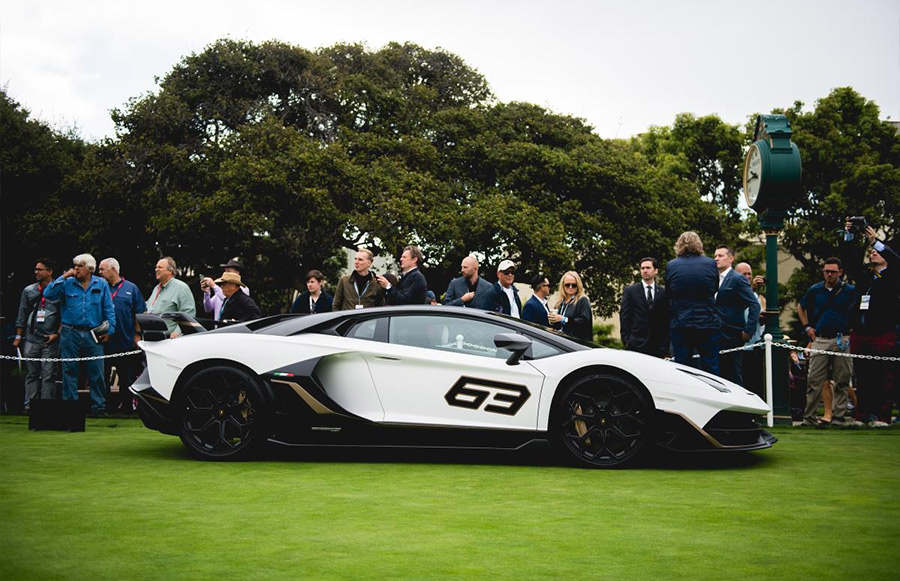 To add to the exclusivity of the Aventador SVJ, audiences on the Concept Lawn of the Pebble Beach Concours d’Elegance witnessed the introduction of the limited edition Aventador SVJ 63. Only 63 examples of this masterpiece will be produced, commemorating Lamborghini’s inaugural year of 1963 as well as keeping in line with the Italian brand’s dedication to limited and special-edition vehicles. The Aventador SVJ 63 is unique due both to its full carbon fiber body and monocoque.

Looking in the rearview mirror to recognize the rich heritage of the Bologna-based brand, Lamborghini also honored the 50th anniversary of the magnificent Islero and Espada vehicles by wowing audiences at The Quail, A Motorsports Gathering, with a stunning collection of rare examples.

Produced beginning in 1968, the Islero offered contemporary design when it was introduced, featuring crisp edges and pop-up headlamps. Only 225 examples of the beautiful vehicle were manufactured. The Espada, also born in 1968, was an extreme design for its time with a rakish fastback and plentiful glass looking forward to the future when it debuted. The Espada was produced for ten years and factory production reached a total of 1226 now-rare units.

More than 20 examples of the Islero and Espada graced the green of The Quail’s show area, attracting enthusiastic gazes from attendees of all ages who were eager to experience first-hand, the exotic heritage of Lamborghini.