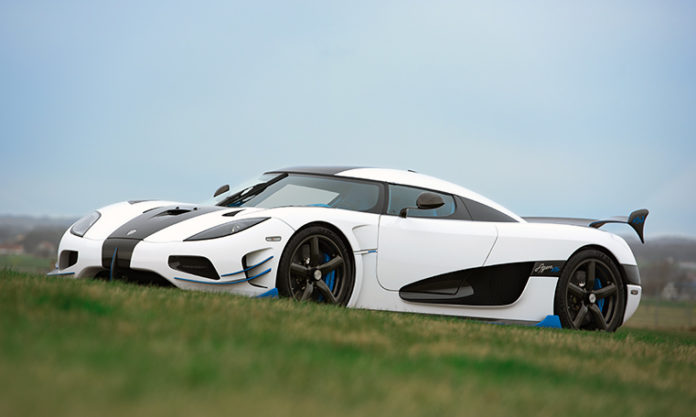 The RS1 is the latest addition to Koenigsegg Automotive’s growing US-based family.

The Agera RS on exhibition in New York was specifically named as RS1 by its owner, who, along with his son, has been intensively involved in the entire specification and build process.

The RS1 is finished in Arctic White with highlights in a specially selected shade of blue on the front winglets, side skirts, diffuser and rear wing. The interior is finished in striking blue alcantara with contrasting polished carbon fibre and black anodized aluminum. 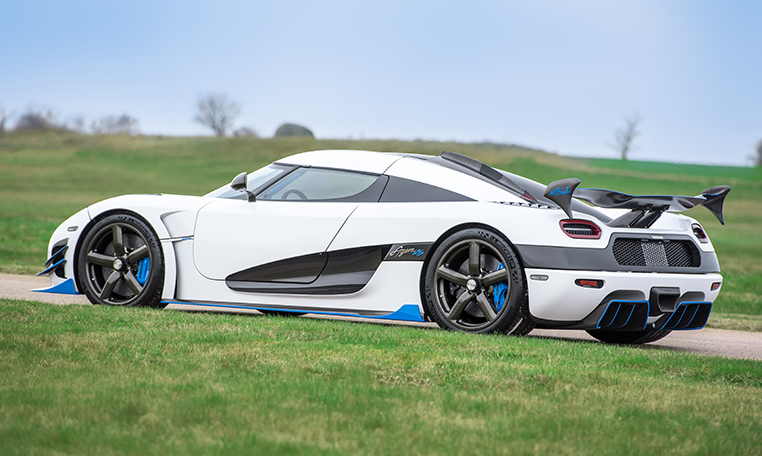 The RS1 is powered by Koenigsegg’s own twin-turbocharged 5.0l V8 engine. Developed and hand-built in Ängelholm, Sweden, this powerplant produces 1,360hp and 1,011 lb ft of torque in its 1MW variant.

Power is directed to the rear wheels via a 7-speed automatic transmission with output governed by Koenigsegg’s own traction and stability control systems, which are fully developed in-house along with all engine management and active systems software.

The RS1 has prodigious power, yet weighs just 3,075 lbs with all fluids and ready to drive (2,845 lbs dry weight). This extraordinary power-to-weight ratio allows the car to accelerate from 0-62mph (100km/h) in 2.8 seconds and on to 186mph (300 km/h) in 12.3 seconds. The car is also capable of cornering at up to 1.8G thanks to Koenigsegg’s unique elongated front and rear double wishbone suspension, active damping and advanced aerodynamics. 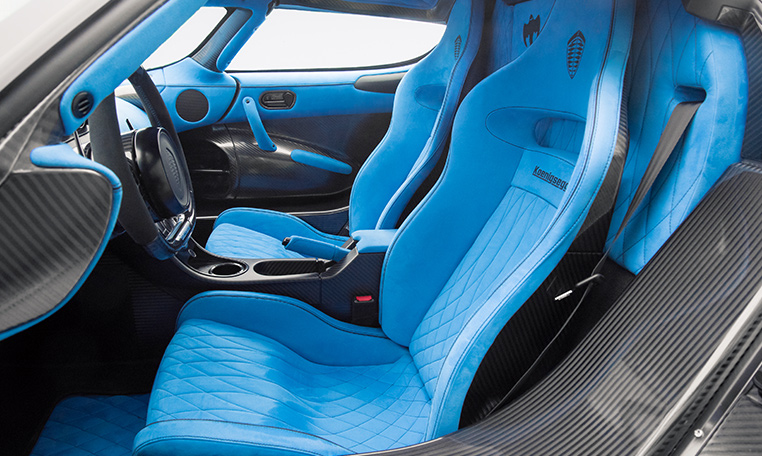 As with all Koenigseggs, the roof is removable for instant open-top driving with no compromise in chassis stiffness or performance. The roof is light in weight and can be stowed in the luggage compartment under the front hood of the car.

The RS1 is the latest in an exclusive series of just 25 Koenigsegg Agera RS vehicles, only a handful of which will ever been seen on American roads. The series was fully subscribed as of January 2016.