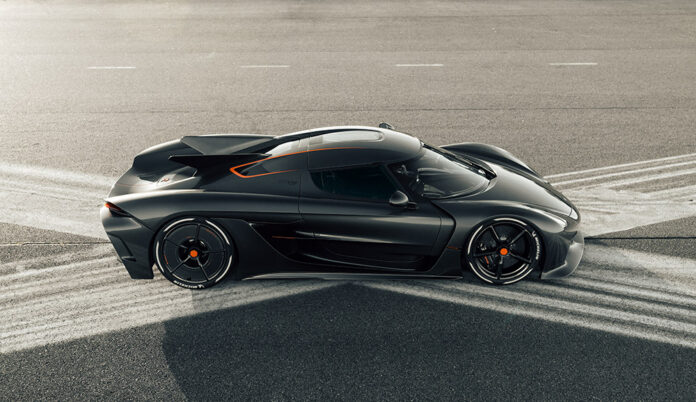 With its 5-liter twin-turbo V8 engine, producing up to 1600 hp and 1500 Nm of torque, there is no doubt that the Absolut is set to be record-breaking. The 9-speed Lightspeed Transmission further enables the car to reach an unheard-of top speed.

“The Absolut feels very natural to drive. Because of its seamless shifting, whether up or down, everything just happens much faster. There are no delays, it is very responsive and behaves exactly the way you would want it to,” comments Koenigsegg test driver Markus Lundh.

“We spent thousands of hours in CFD calculations. We’ve streamlined this car from not just an aerodynamic and design perspective, but also from a high-speed stability perspective. As a result, the Jesko Absolut has a phenomenally low drag of only 0.278 Cd.

The name Absolut comes from the fact that this is the absolute fastest Koenigsegg we will ever make,” says CEO and Founder Christian von Koenigsegg.

The Graphite Grey Absolut will now become an official factory testing vehicle, and will be leading the Jesko Absolut program.