How It All Happened: How the Koenigsegg Agera RS Set Five New World Records 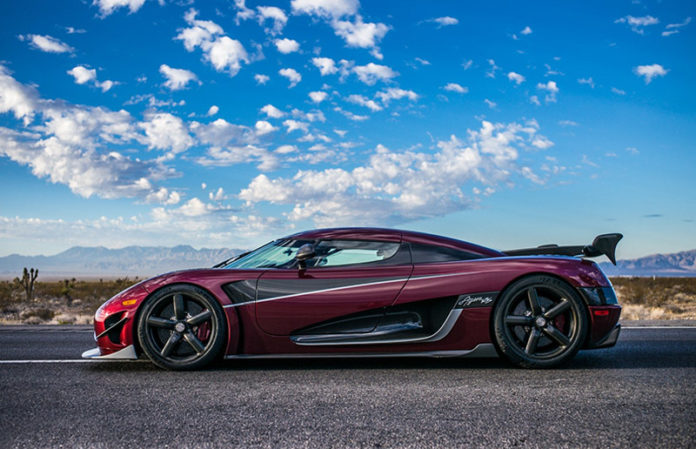 Remember, remember…. the 4th of November.

If things had gone according to plan, we would have been challenging Guy Fawkes to November 5th bragging rights. We initially had Highway 160 booked and blocked for two days – the 4th and 5th of November – so that we could slowly work our way up to record speed.

Sometimes things just don’t go to plan, however. In this case, things not going to plan actually worked in our favour: the records we planned to do in two days took only until lunchtime on Day 1.

And so it has turned out that November 4th is the day that Koenigsegg blew up the record books, setting multiple records for a production vehicle and for driving at speed on a public road. 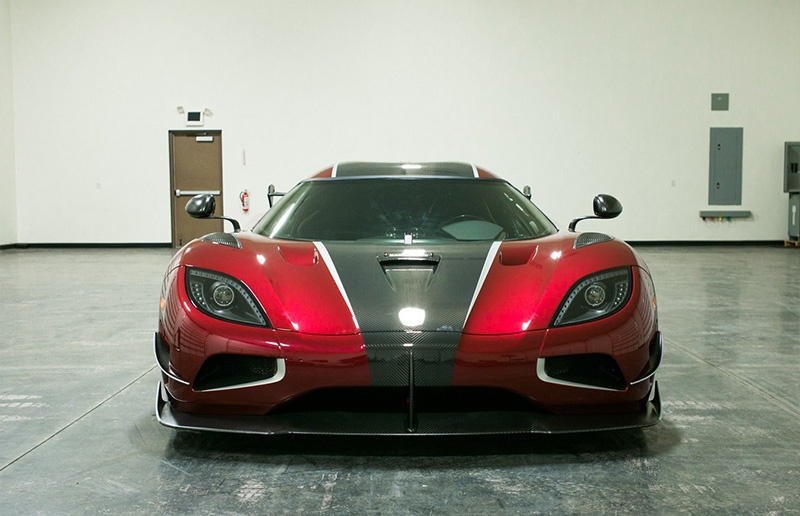 This run was a customer-driven initiative. The owner of the car that was used for both this effort and our 0-400-0 run in October 2017, was very keen to prove the performance credentials of the car we’ve built for him. He, along with friends and fellow US-based Koenigsegg owners, was also willing to facilitate the massive logistical exercise that saw us drive his car at very-non-legal speeds on a closed piece of public highway.

Of course, as a company, we were happy to provide every support that we could, which ended up including the use of one of our factory drivers, Niklas Lilja, as well as two technicians to keep an eye on things – one mechanic and one software engineer.

We were based at Spring Mountain Racing Resort, a track facility on the outskirts of Pahrump that’s surrounded by the beautiful Nopah Range and the Red Rock Canyon National Conservation Area. The staff at Spring Mountain couldn’t have been more helpful to our efforts and we owe them a debt of gratitude for their support and hospitality.

We arrived in Pahrump on Friday morning, the day before our scheduled high speed runs. The car had arrived a week or so before and whilst nothing had been changed on the car in that time, you can’t be too careful when you plan to drive at world record speed. Our factory driver, Niklas Lilja, got straight to work checking over the car. 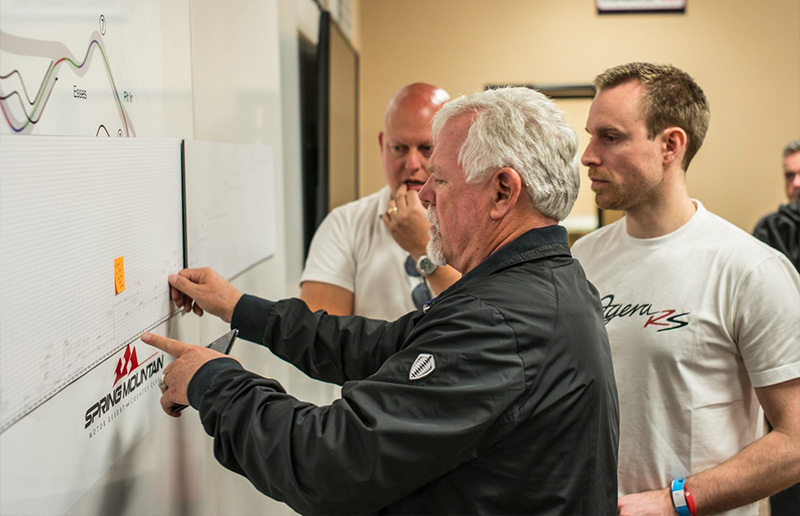 Friday night finished with a strategy session at Spring Mountain. We would be attempting to secure five existing records:

We also had to discuss the roles and responsibilities of the respective participants in the room, so that everyone gathered knew who’s who and why they were there.

We had representatives from Michelin supervising the condition of the tires.

We had a representative from Racelogic, who installed and secured the data-logs from the runs.

We had a film crew commissioned by the owner for the event, complete with helicopters.

We had a team from Automobile Magazine (USA), invited by the owner to come and cover the event directly with all-access rights to see everything as it happened.

We had emergency services personnel, some of whom who would divert traffic on the road and others to act as first responders in the case of an emergency. They would also act as crowd control to monitor the considerable number of friends our customers had invited to witness the attempt.

If anyone thinks this was a record attempt conducted in secret, please think again. This was perhaps the most publicly visible record attempt ever made in this category.

With the introductions made and the logistics sorted, we dined.

Then we tried to sleep. 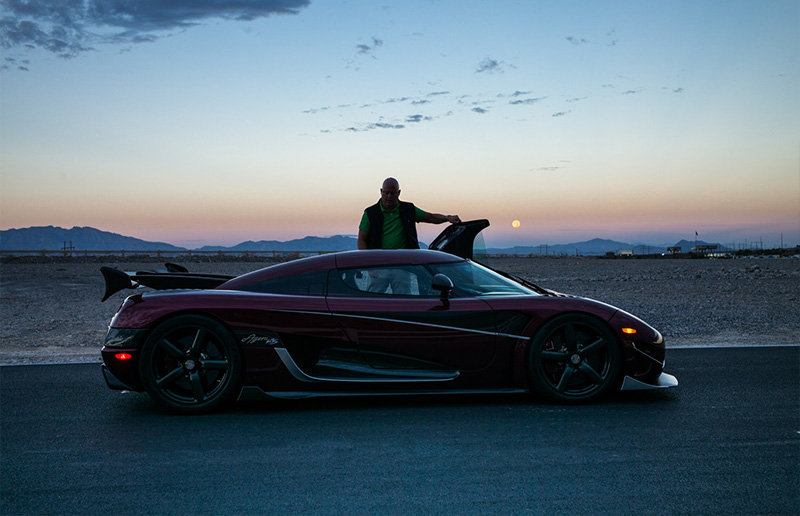 The next morning was an early one, as you’d expect.

The sunrise was spectacular over the mountains as we finished a light breakfast and headed to the garage. While Niklas, Markus and Andre made their final checks on the car, a crew was already out working on the highway, blowing any dust and debris off the surface.

As has become customary, a small fleet of Koenigsegg owners had gathered to watch the run and support the effort. The Koenigsegg family is a tight-knit bunch. There was plenty of excitement and nervous anticipation.

We had already run a lot of computer simulations at our factory in Angelholm, all of which told us that the car was very capable of breaking all existing records. All we had to do was translate those simulations into real life. As our adventures at the Nurburgring in 2016 taught us, anything can happen and sometimes things don’t work to plan.

The stretch of highway we used for this run was around 5 miles outside of Pahrump. We headed there in convoy, the Koenigsegg RS driven directly to the event with Niklas at the wheel, getting a feel for this car, on this road, for the very first time.

His first run was a sighting run, driven with the owner of the car, Mark, in the passenger seat. Niklas had seen the road as a passenger in a rental car the day before, but this was his first time behind the wheel. He and Mark talked about how the car felt (strong) and how it would feel to traverse this stretch at speed. It was Niklas’ chance to get a feel for the stretch of road he was about to attack as nobody had ever attacked a road before – ever.

That first run was at moderate speed, somewhere just north of 200 mph. We connected the laptop at the end of that run to check the vehicle’s systems, just to make sure that everything was OK. It was. 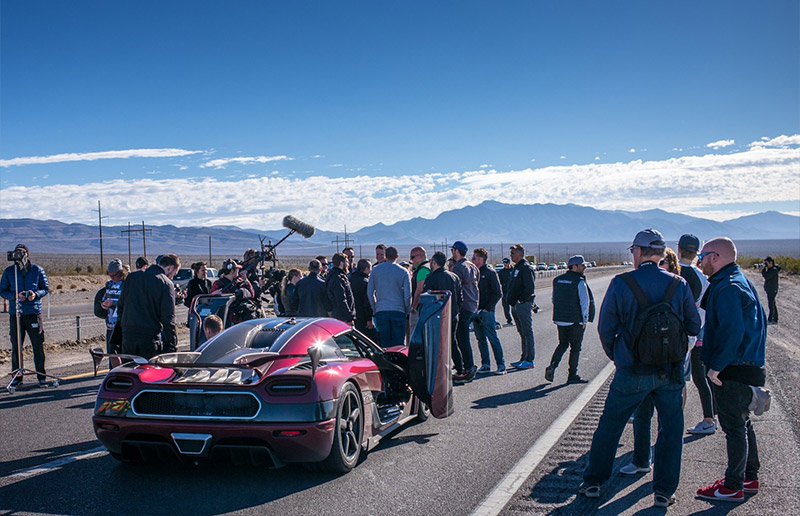 The first run at high speed was in the north-westerley direction. This is the run that includes more slight downhill topography on the undulating highway and the run was also assisted by a slight tailwind. Of course, those factors would be reversed when he did the south-east run – uphill and into any prevailing wind.

While our expectations had us easing into ‘proper’ high speeds over the course of the day, the car felt so strong that Niklas opened the taps and recorded an initial high speed of 438.45 km/h (272.5 mph) – a new record speed for a production car at the first attempt.

It was fast, but it wasn’t as fast as we knew the car could do. In real terms, this was just the warm-up.

With our rev ceiling reached in one direction, we turned around and tackled the south-easterly run, more uphill in nature and into the breeze.

Those who enjoy comparing records may note that the south-easterly run – going predominantly uphill and into a slight headwind – was nearly 4 mph faster at 271.19 mph than the previous record’s top speed of 267.86 mph.

With just three runs taken, Niklas had proven – in a very public way – what we always knew about the Agera RS: it’s an extreme performance car that just doesn’t stop building speed until the rev limiter hits.

The Agera RS once lived in the shadow of its older brother, the Koenigsegg One:1.

Our 0-400-0 record from the previous month was impressive, by any means.

That previous time was set using old tires, heavier wheels, and running on an old World War II track with a comparatively poor surface that had seen reduced maintenance in the last decade as the facility was converted to other uses.

We knew the car had more to give. And give, it did.

We did not change tires after the high speed runs. The representatives from Michelin inspected the tires after each high-speed run and once more after we announced our intention to conduct another 0-400-0 run. They were more than happy with the condition of the tires and gave us a green light to continue using the same set.

As we expected, the improved surface and fresher tires made a significant difference. Where we had wheel slip up to 180 km/h on our previous run, we had much better grip this time around.

In the end, we secured a 3-second improvement on our previous time, with a new record established at 33.29 seconds.

Our thanks go to all who played a part in this record run taking place.

There were many moving parts involved in the logistics for this event. They were all coordinated by our American ownership family and partners, from dealing with local government authorities and law enforcement to making sure there was breakfast available to get the day started.

This was their initiative and the mission’s success is due in large part to their resourcefulness and determination.

Of course, the other reason this mission was successful is because we have one heck of a car. For that, we have to thank everyone at Koenigsegg Automotive. Our people continue to put in the hard yards, again and again. This record is a reflection of their effort and a tribute to their skills. 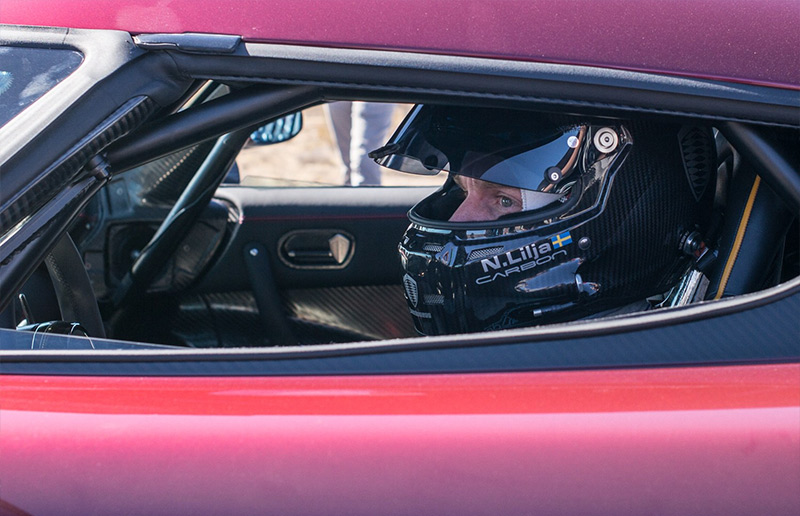 And finally, to the fastest man in the world on four wheels – Niklas Lilja – we say thank you and congratulations.

While it’s all smiles and backslaps now, the truth is that the lead up to an event like this is as full with nervous caution as it is with methodical preparation. Record runs like this don’t get done very often because they’re very difficult, and they’re dangerous. The way that Niklas prepared for this event is reflected in the way he drove – cool, calm and with total confidence in the car. His courage, skill and planning should never be under-estimated. 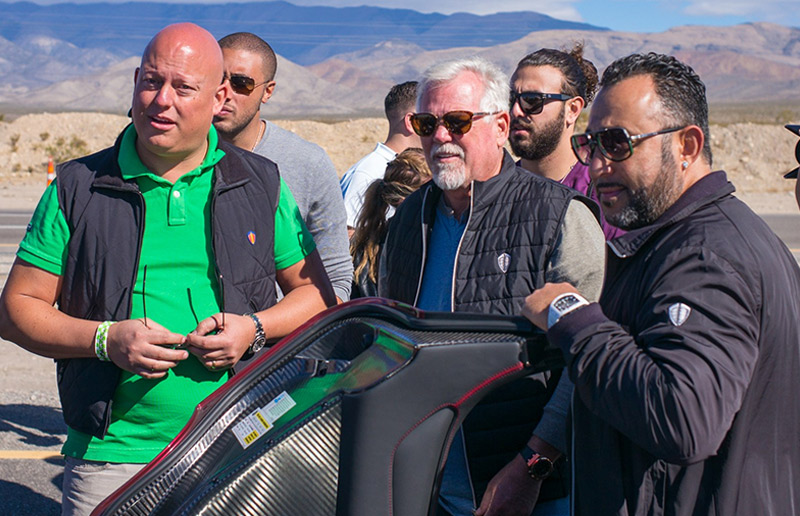 Discover how this Mega GT works and why it's such an amazing piece of engineering.
Read more
Feature Videos

This is the start of the Chronicles Of Koenigsegg!
Read more
Automotive News

The Koenigsegg Squad on the Track

On top of launching the new Gemera and Jesko, we also announced that 2020 will be the year of the Regera.
Read more
Feature Videos