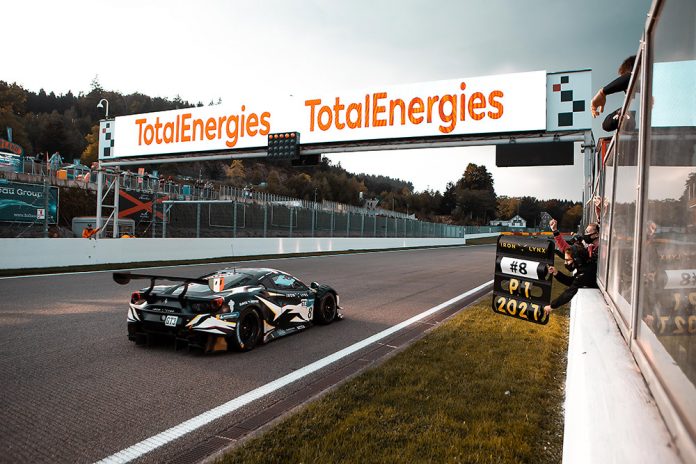 With still one race left to go in the series, Italian racing team Iron Lynx has secured the GT3 team championship in the Michelin Le Mans Cup series today at Spa-Francorchamps for the second year in a row, giving them automatic entry to 24h Le Mans 2022.

Both cars’ line-ups performed determined drives in an action-packed race and did well to come out untouched.

Lancieri and Gostner led for the first stint getting off to a clean start with Gostner in car #9 doing well to avoid five LMP3 cars which spun on the first corner, and Lancieri taking quick evasive action on lap seven to avoid yet another LMP3 obstruction.

By the end of the first hour, under yellow flag conditions both vehicles headed to the pits for a driver change. Doriane drove a wonderful stint, being on pace with the leader throughout.

Iron Lynx team principal, Andrea Piccini, commented: “Spa is always very challenging, but the team did an amazing job. Both the Iron Lynx and Iron Dames drove impressively and did well to avoid the other racing traffic which could have given us a very different result today.”

Continuing to comment on the championship win, he said: “I’d like to congratulate all of our drivers, including Logan Sargeant, Rino Mastronardi and Rory Penttinen, from the series who have made this possible as well as all of our team – this was real teamwork. It is the second time the Iron Lynx team has won the Michelin Le Mans Cup GT3 team championship and I am incredibly proud of this victory.”

Iron Lynx will be racing in the p