Hot Wheels Legends Tour is coming to the UK to find the best classic, custom or race car to recreate 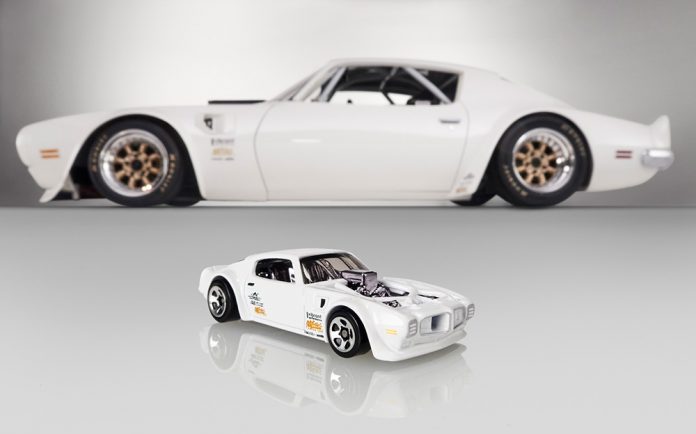 The unique opportunity to have your car immortalised as a Hot Wheels die-cast is being offered to one lucky enthusiast in the UK. The number one toy car producer is asking classic, modified and race car owners to submit their special car builds for judging at its virtual Hot Wheels Legends event on 14 October 2021. The vehicle that best embodies Hot Wheels’ high standards of performance, authenticity and ‘garage spirit’ will then go head-to-head with winners from the US, Japan, Mexico and Germany. The global winner will then be faithfully reproduced in 1:64 scale for children and collectors to cherish, or simply blast around that most challenging racetrack; the living room floor.

Originally launched in the US in 2018 to celebrate 50 years of the iconic cars that have brought pleasure to millions, the Hot Wheels Legends Tour now comes to the UK for only the second time. To enter, car enthusiasts simply submit a video of their car at www.hotwheelsuklegendstour.co.uk before the 1 October. A judging panel, which includes respected car designer Ian Callum CBE, will pick the car that best captures the Hot Wheels spirit. The judging will be broadcast live on 14 October on Car Throttle’s YouTube channel.

“With so many passionate enthusiasts and talented car builders and restorers, the UK has a truly diverse car culture with a thriving modified and performance scene,” says Ted Wu, Head of Hot Wheels Design, Mattel. “We’ll be looking for the very best whether that’s a pre-war British hot rod, a ‘70s or ‘80s ‘restomod’, an extreme custom hot hatch build from the ‘90s or one of today’s bespoke hypercars, we want to see the finest cars the UK has to offer. And who knows? Your pride and joy could well become a small-scale legend.”

Founded in 1968, Hot Wheels was born when Mattel co-founder Elliot Handler challenged his design team to create a toy car that was cooler and performed better than anything else on the market. That ethos has continued today, ensuring Hot Wheels is the number one selling toy worldwide with 16 cars sold every second. Beyond the toy boxes and collector shelves, Hot Wheels continues to be a key influencer on car culture, inspiring full-scale designers, car builders and tuners.

“From an imposing stance, full of presence, vivid colours and an impression of speed, Hot Wheels captures a creative freedom that inspires the rebel spirit in a car designer,” says Ian Callum, Design Director of eponymous design and engineering business, CALLUM. “Hot Wheels take me back to a misspent youth when I wondered why real cars couldn’t be this way. Well now I know they can and are. They inspire an excitement that we all need in our lives.”

The UK winner will be announced on 14 October 2021 and will go head-to-head with the other global finalists, with the overall winner’s wheels being released in the Hot Wheels’ 2022 range.

To learn more about the Hot Wheels Legends Tour in the UK visit www.hotwheelsuklegendstour.co.uk and follow #HotWheelsLegendsTour.

Will This Crazy Volvo P1800 Gasser Be Selected as the Newest Hot Wheels Car?