Company has evolved into a global brand and hypercar manufacturer 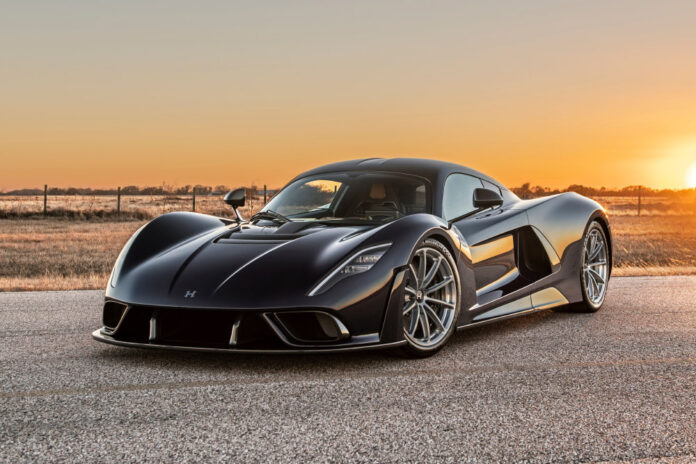 Building a world-renowned tuning business on the foundation of strong family support, John Hennessey’s company has created more than 12,000 customer cars since it was founded 30 years ago and has now evolved into a global brand manufacturing its own hypercar.

1991 was a great year for John Hennessey. He modified his 3000GT VR4 daily driver and competed in the Pike’s Peak Hill Climb and Nevada Open Road Challenge races. The year continued with Hennessey setting a class record at the Bonneville Salt Flats and winning the Unlimited Class at the Silver State Classic open road race in Nevada. Alongside modifying his car and racing, 1991 also saw Hennessey marry the love of his life, Hope who founded the business with John that same year after returning from their honeymoon.

John Hennessey, company founder and CEO: “At the end of 1991, looking back at that year of motorsport, I realized I’d learned the first rule of auto racing – if you want to make a small fortune in racing, start with a larger one! To continue my passion, I knew I’d have to find a way to pay for it. So, I thought, if Carroll Shelby and Alois Ruf could make a living by building and modifying cars then maybe I could too – that’s how our company began.”

With his wife, Hope, his five children and a team of 50+ skilled colleagues, the Texas-based king of speed has stuck to a simple principle that too much horsepower is never enough in his mission to create cars that make people smile. From building cars for international rock stars and world-famous athletes to claiming countless speed records, including the ‘World’s Fastest Car’ title, the business ethos has always been to seek out the next challenge.

John Hennessey: “Hennessey Performance is like one big family to me, and our fantastic customers are a big part of that. As we celebrate 30 years of business, I’m thankful for every customer and my whole team who’ve all contributed to us becoming a hypercar manufacturer and world-renowned high-performance vehicle tuning business.”

Shortly after founding the company, John Hennessey turned his attention to boosting the performance of the now-iconic Dodge Viper. By 1997 he achieved an important accolade with his 650hp Hennessey Viper Venom GTS being the first to break 200mph. Since 2006, the company’s recently extended 51,000 sq-ft HQ has been next to its own test track enabling the acceleration of its R&D, engineering and tuning business with cars like the 234mph, twin turbo 1000hp Ford GT and 200mph HPE 600 Corvette C7 produced by the experienced team of Hennessey engineers.

By 2010, the business had built its own hypercar, the Hennessey Venom GT. Based on the chassis of a Lotus Exige, the 1244hp monster weighed just 2743lb and was powered by a turbocharged Hennessey V8 that enabled 0-200mph in just 14.51 seconds. The Venom GT set a production car Guinness World Record for the fastest 0-300kph time (13.63 seconds) in 2013, then followed that in 2014 with another world record, becoming the fastest production car in the world with a 270.49mph top speed.

Truck tuning emerged as a new customer-led trend in 2012 with the 600hp Hennessey Velociraptor beginning a generation of ‘hypertrucks’ from 1000hp supercar slayers to 6×6 conversions. Alongside these monsters of the road, the Hennessey team continued its muscle car work with models like its 1000hp ZL1 Camaro – named The Exorcist – raising the profile of the business further still.

Today, alongside producing upwards of 500 customer cars a year, the Hennessey team is focused on the all-new 100% bespoke Hennessey Venom F5 hypercar. This ‘decathlete of hypercars’ boasts 1817hp from its Hennessey-built 6.6-litre twin-turbocharged V8 engine and targets a top speed exceeding 311mph (500kph).

In its 30th year, Hennessey sees the launch of the F5 as a rebirth for the brand and the beginning of an exciting new future. Looking ahead, Hennessey plans a series of exciting models, built on the same 100% bespoke basis as the F5.