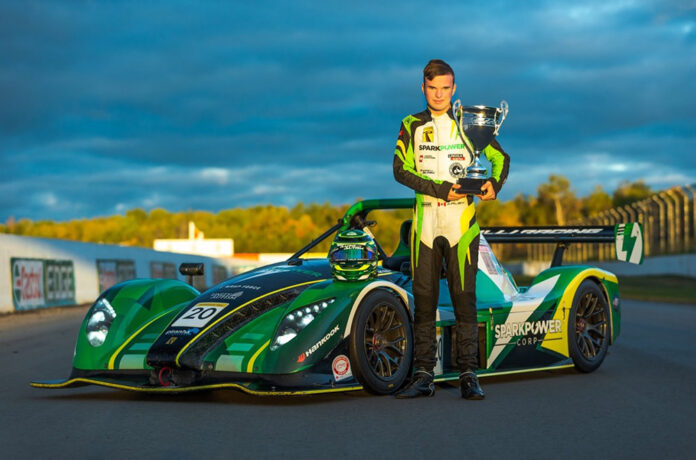 Hagerty is a global automotive enthusiast brand for car lovers, with a purpose of saving driving for future generations. Driving offers freedom, an opportunity to express yourself and a way to escape the stresses of everyday life, a statement particularly true of Hagerty sponsored Canadian racer Austin Riley.

Austin has participated in motorsport since the age of 8 when he first raced a go-kart and is now the 2021 Emzone Radical Cup Canada Champion aged 22, having also won the previous year. Along the way Austin has enjoyed success as a factory driver for Saleen, won the Micra Cup Championship and has excelled on track in the most powerful go-karts beating older, more experienced drivers to claim numerous championships.

What sets Austin apart from other talented young drivers on the circuit is the fact he has been diagnosed with Autism. In the early stages of his racing career, on the karting circuit in Ontario, he struggled to sit still and answered even the simplest questions with single-word responses and yet today Austin tours the world to race and to share with others how being Autistic isn’t a reason for anyone to ignore their dreams. 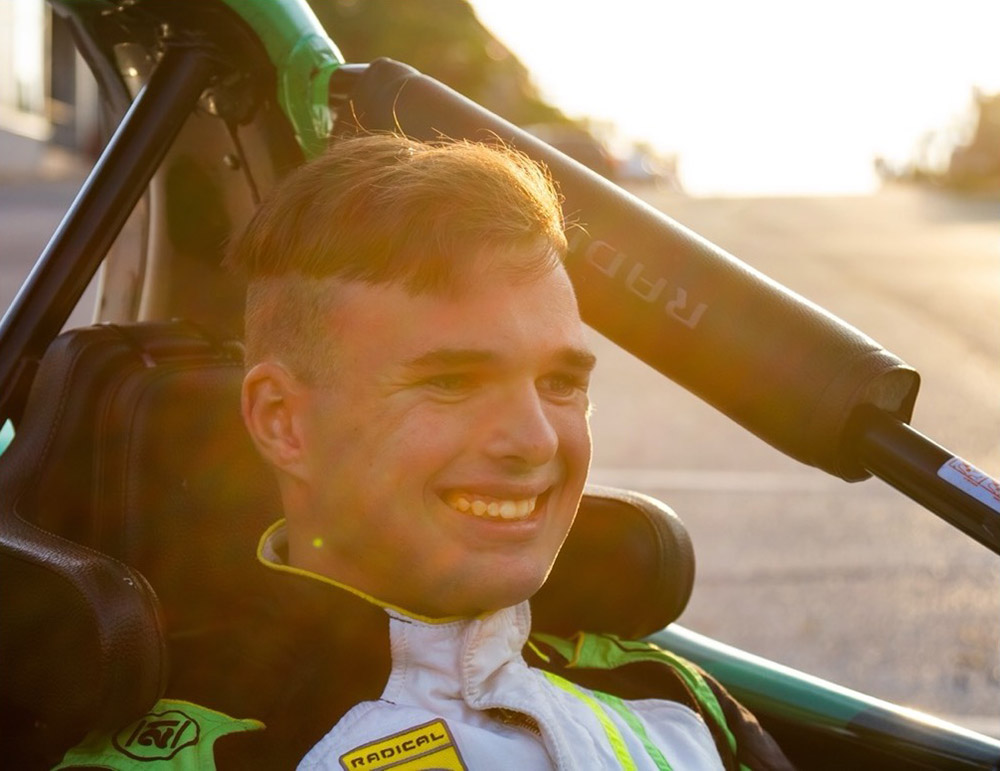 Remaining misdiagnosed for a lot of his youth, it wasn’t until a schoolteacher recognised some similarities with her own autistic son and suggested the Riley family seek some professional guidance. As a young child, Austin was bullied at school and picked on for being different said his father Jason Riley “We tried all kinds of kid’s sports trying to get him accepted in life, and then we got a flyer in the mail for go-karting when he was 7. It took a year of convincing but once he tried it, he loved it.”

While Austin excelled in karts, it was his first season in a racing car which truly highlighted his raw talent and unique ability to truly bond with his car, allowing him to focus on the circuit without distraction. Competing in the 2017 Nissan Micra Cup championship, Austin finished 16th in the championship and fourth in the rookie standings. The following season, Austin finished ninth on the main championship, and raced under his own team name ‘Racing with Autism’.

“When Austin started racing karts, he was eight years old,” Jason recalled, “If something bad happened, it would ruin the whole weekend. Now, he could be leading the biggest race for the championship and the car breaks—he’s over it in five minutes, and he’s taken that same approach to other aspects of life. When he’s having a bad day, he’s learned that it doesn’t have to affect everything. Racing is where he finds acceptance, because it’s based on his abilities on the track, not his disabilities off the track.”

After each race Austin would receive the biggest cheer as racers and spectators soon became aware of just how much he had to overcome to achieve his goal of winning races, and when back in his race trailer families arrived at the door wanting to know more. Austin was becoming famous, with race goers captivated by his determination to succeed and his devastating speed on the track.

As a result of the raised interest in Austin, the Racing with Autism tour was created. Austin and his family travelled from race to race as they had always done, but now they would also visit schools along the way to tell the story of how Austin overcame the struggles associated with autism and found success and new levels of confidence. It was a life-changing moment for Austin.

“When you see the way the kids—whether they have disabilities or not—respond to Austin’s life story, it’s really inspiring,” said Jason. “You can actually tangibly make a difference in these kids’ lives because they can see what Austin’s had to face and the struggles he’s had to go through. They realise it’s not like they’re the only ones being picked on or bullied. It gives those kids hope and belief in themselves—if Austin can do it, so can they.”

Austin and his family kept a video diary over a number of years, recording the latter stages of Austin’s karting career, and the start of the Racing with Autism tours. This very personal and insightful footage has been edited into a feature length documentary, presenting a very intimate view into the world of a person with autism. Wholly motivating, it is a must-watch for any fan of motorsport and those who have a passion for driving.

Today Austin races a Radical a British-built racing car, in the Canada Emzone Radical Cup Canada, becoming series champion in 2020 and 2021. In addition, Austin is an Overseas Ambassador for British charity Anna Kennedy who raise awareness of autism in the community via talks within schools, colleges, and workplaces. Austin is also a mentor to two British racing drivers with autism Sandro Ballesteros and Jenson Jowett, who compete in the Junior Saloon Car Championship and Rye House Kart Raceway.

Hagerty is committed to supporting Austin throughout 2022 and beyond, helping to promote autism awareness in motorsport and to inspire everyone to get out and drive.