Radical Motorsport delivers the 100th SR10 to Radical AZ at APEX Motor Club, Arizona, reaffirming it as the Company’s fastest-selling model to date 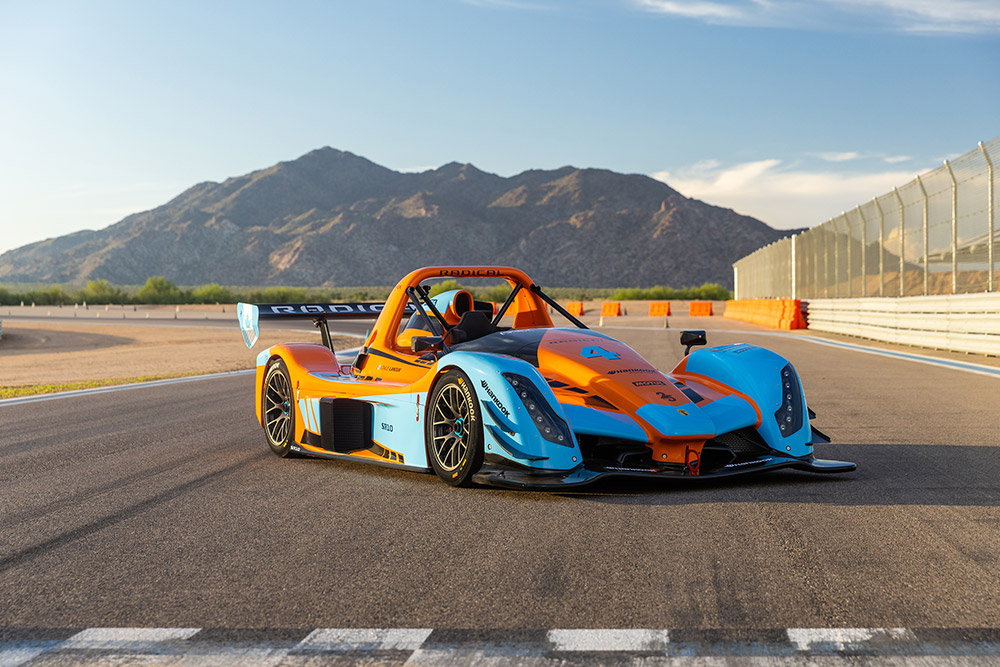 Radical Motorsport continues down the road to growth and success, after delivering the 100th SR10 this month to a customer at APEX Motor Club, Arizona USA. After its release in early 2021, the first 50 SR10s were sold in just nine months, officially making it the fastest-selling model in the company’s history. This is reaffirmed now with the 100th SR10 being delivered just one year later.

Of these 100, 62 have been delivered to customers in the United States – one of the first to Spring Mountain Motor Resort, Nevada, and now the 100th to Radical AZ at APEX, cementing the SR10 as the car of choice for automotive country club members.

As the premier racetrack in the greater Phoenix area, APEX Motor Club offers its members a world-class racing circuit, country club amenities and on-site private garage condominiums. Radical AZ at APEX has many Radical owners with 15-20 Radicals racing in the APEX Challenge member-only race series each month and three competing in the Radical Cup of North America.

After the recent announcement of a new Radical Miami dealer, Team Stradale, there are now nine official Radical dealerships across the United States – more than any other country. This also brings Radical’s dealer network up to 33 worldwide, spanning 21 countries and supporting 14 official Radical race series across four continents. Radical’s dealer network offers everything from sales to service, support, storage and driver coaching giving Radical customers the chance to race continuously throughout the year at the best racetracks in the world.

2022 not only marks this milestone for the production and manufacturing teams, but also celebrates the company’s 25th anniversary, and the conclusion of the ‘5-year turnaround plan’, set out by CEO Joe Anwyll shortly after his appointment in 2016.

Speaking on Radical’s growth, Joe says, “Radical as a company has grown and developed so much in the last five years, so I feel it’s only fitting to celebrate our 100th SR10 delivery as an example of this. While we have many more exciting plans for the future, it’s rewarding to look back at how far we’ve come from when I first started with the business. As part of our 25th anniversary celebrations, we will host the Radical World Finals at Spring Mountain for the very best racing experience for our valued customers.  It’s an incredible time to be a part of the brand, and I would like to thank our customers and dealer partners for their loyalty and support.”

Dan Redpath, Group Sales and Marketing Director emphasizes, “we are incredibly proud to be the car of choice for country club members. Spring Mountain received one of the first SR10s and now have over 100 Radicals at their facility, including a fleet of brand new SR3s for their newly launched driving school. The 100th SR10 joins over 80 Radicals at APEX, which is itself expanding with its first phase of luxury garage condos now under construction.

We estimate that there are now in excess of 1,000 Radicals in the US and it’s not just country clubs where our customers enjoy their Radicals.  We also see a huge amount of activity at track days, regional racing and of course our flagship national series.”

Radical’s SR3 XX and SR10 can Now be Specified with a ‘Halo’ for Improved Driver...

Radical Rapture – Where The Track Meets The Road