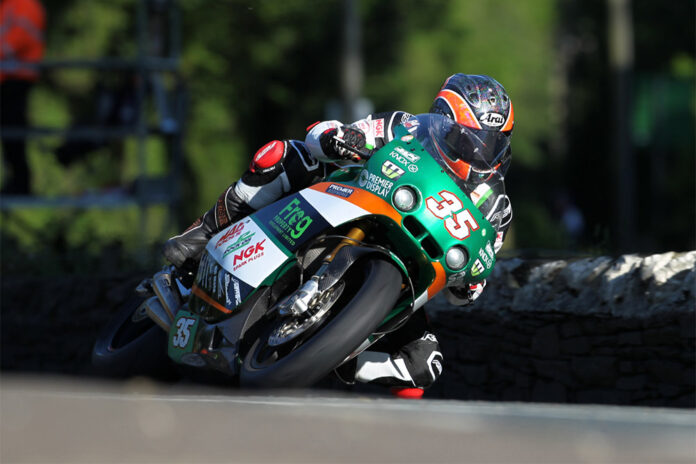 Hagerty is best known as a classic vehicle insurer, but with a 600,000-member strong Drivers Club, a magazine with 1.9m readers, more than 1m monthly unique users visiting its Media site and 1.4m subscribers on YouTube, it is one of the world’s largest automotive lifestyle brands.

2021 has seen increased investment across all aspects of the Hagerty business, from content and events and data to client services, as Hagerty strengthens its global offering to the motoring enthusiast.

The latest announcement from Hagerty UK is a partnership with Maria Costello, the renowned motorcycle racer, and the only female rider from the sport to be awarded an MBE. The partnership will see Hagerty branding on Maria’s LCR Kawasaki F2 sidecar and Kawasaki ER6 Supertwin racing motorcycles throughout the 2021/22 season, which includes an appearance at the Goodwood Festival of Speed. Maria recently announced Vicky Cooke as her teammate in an all-female sidecar team for the 2021 racing season and beyond.

A place in motorcycle racing history was secured when Maria was the first woman solo racer in the history of the Isle of Man motorcycle races to stand on the podium after finishing in third place at the 2005 Manx Grand Prix (ultra-lightweight category). Her legendary status on the island was maintained with a third-place finish in the 2016 Isle of Man Senior Classic TT, standing on the podium alongside race winner, and personal hero, John McGuinness – a 23 times TT winner. Maria has also secured a 12th place finish in the 2016 Isle of Man Lightweight TT and made history by being the first woman to race both a sidecar and a solo motorcycle at the 2019 TT.

Maria formerly held the female lap record at all three international road races, the Isle of Man TT, the Northwest 200 and the Ulster Grand Prix and remains the only woman to have held lap records at all three events.

“Maria has a long history of challenging archetypes which is hugely inspiring. Hagerty wants to save the art of driving and riding and to keep the global automotive lifestyle alive for generations to come. To do that we need to celebrate those who are leaders in the field, allowing newcomers to feel inspired to join us. Maria fits perfectly with the ethos of Hagerty, and we are delighted to welcome her as a partner and to support her 2021 racing season.” – Managing Director for Hagerty UK

Maria is also a previous Guinness World Record holder for being the fastest woman to lap the Isle of Man TT course at an average speed of 114.73mph, was voted BBC Northampton Sports Personality of the Year, became an animated character in a PlayStation game, was appointed as a stunt double for Reese Witherspoon and is a published author. In 2013 she founded ‘Woman on a Motorcycle’ – a community space where like-minded ladies can share experiences and ideas. Her pioneering women-only trackdays have also gone from strength to strength.

In 2018 Maria was made President of the TT Riders Association, the first woman to be inducted into this position in the charity’s 67-year history and is also an Ambassador for ex-F1 driver Susie Wolff’s ‘Dare to Be Different’ campaign to drive female talent. Maria also visits schools and communities to encourage young people to take part in sport.