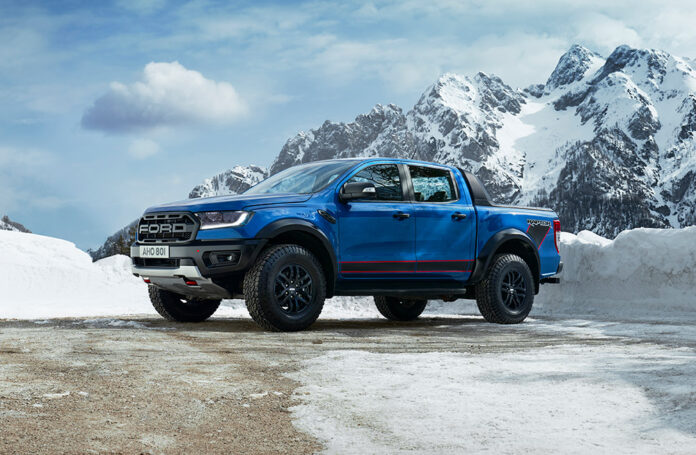 The Ranger Raptor – the toughest, highest-performing variant of Europe’s best-selling pick-up – just got even more desirable in the form of a new Special Edition model.

The limited-edition model is among the heroes of “The Good, the Bad and the Bad-RSE” – a new Spaghetti Western movie genre-inspired action film released today by Ford. The film showcases Ranger Raptor Special Edition’s newly-enhanced style and high-speed capability in appropriate off-road scenarios alongside further distinctive Ranger models including the new Wolftrak and Stormtrak variants, and the rally-inspired Ranger MS-RT.

Developed by Ford Performance as the ultimate Ranger model, the Ranger Raptor features an ultra-strong chassis, bespoke suspension and tyres, and a high-performance EcoBlue diesel powertrain to support the thrill-seeking outdoor lifestyles of true off-road enthusiasts.

In Ford’s new “The Good, the Bad and the Bad-RSE” film, the Ranger Raptor Special Edition evades hostile bandits in a Wild West-style town aided by fellow Ranger models. Featuring multiple references to iconic Western movies, the film was shot on a genuine Spaghetti Western movie set in Spain, and follows the jumps and power-slides of Ranger Raptor’s original launch video, which has since been watched more than five million times. 3