Bonhams is very excited to announce the consignment of a rare and enormously significant automobile to its auction in Carmel, California next month, the McLaren F1. Known by many as the ultimate road car, the 1995 McLaren F1, number 044, is the very fi … 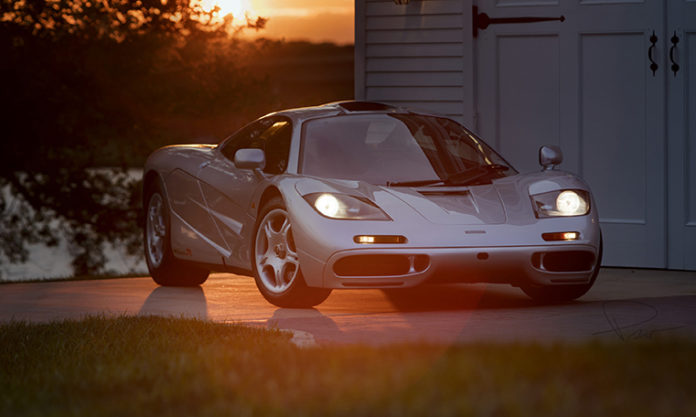 Bonhams is very excited to announce the consignment of a rare and enormously significant automobile to its auction in Carmel, California next month, the McLaren F1. 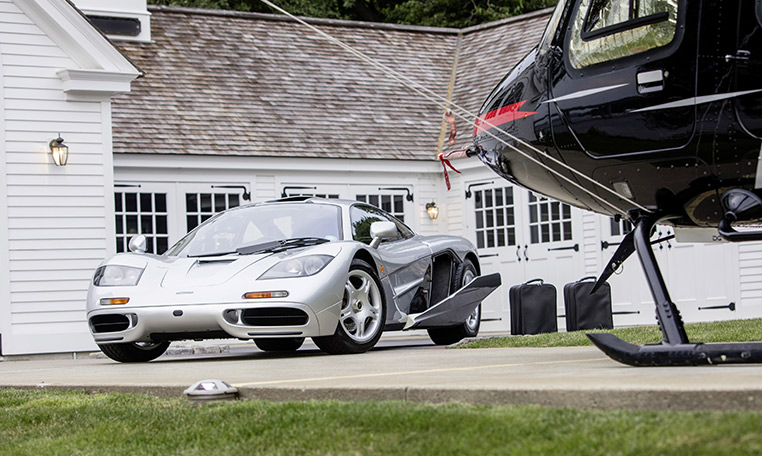 Known by many as the ultimate road car, the 1995 McLaren F1, number 044, is the very first McLaren F1 imported into the US and the very first of only a handful of F1s to become fully federalized as a US road-legal car. Of great historical importance, not to mention its tremendous performance capabilities, 044 is being offered by its original owner with an extensive list of factory accompaniments and service history from new, including a 2017 service performed by McLaren. 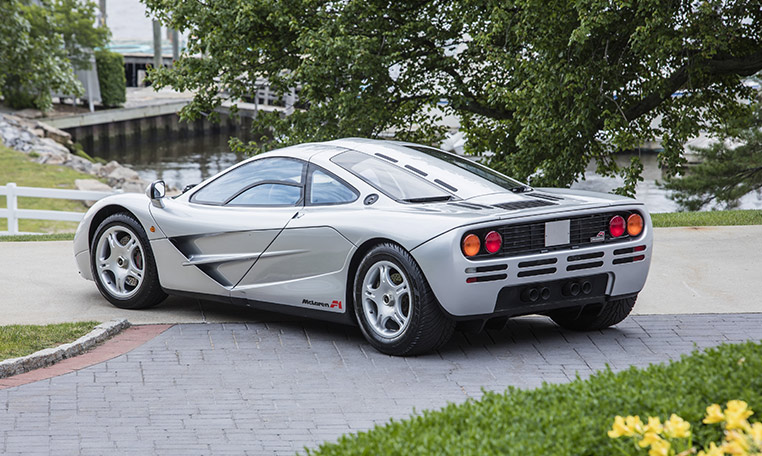 “The fastest, most accelerative production car the world has ever seen.” – Car and Driver
“This is the ultimate car.” – Road & Track
“A marvelous driver’s car beyond dispute…a top-ranked driver could own it for years and still not explore the outer limits of its staggering performance.” – Car and Driver 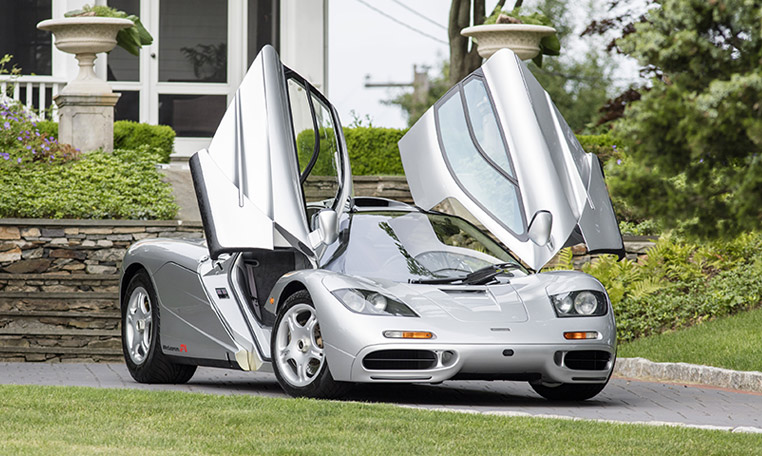 These were just a few of the reviews from when the first McLaren F1 was available to test, only a few short years after four men undertook an oath to construct the most remarkable sportscar to ever roll on public roads. 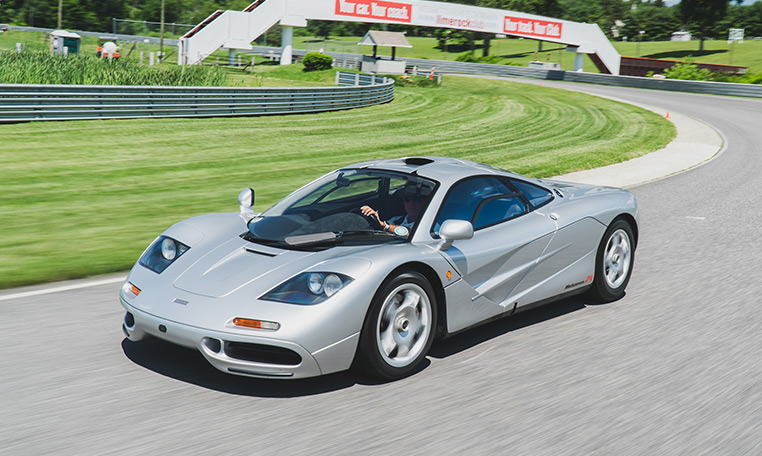 The McLaren F1 went into production looking and sounding like nothing else. Boasting an unconventional three-seater configuration, a staggering array of no compromises engineering, and an obsessively tailored vision for extreme performance and outright speed, the McLaren F1 made no apologies for its audacious road presence and take-no-prisoners performance. 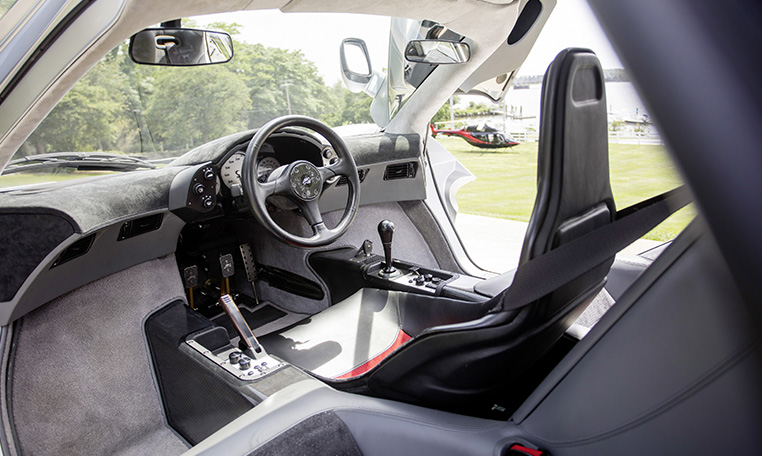 Designed by South African Gordon Murray, the F1 was created with exotic materials and advanced construction, incorporating such novel features as a centrally positioned seat for the driver and twin Kevlar fans to create downforce. Featuring the world’s first carbon fiber reinforced plastic monocoque, the F1 spared no expense to achieve its goals for road supremacy. Furthering the cost-is-no-object philosophy, gold insulating foil was installed around the engine bay to ensure optimal heat containment—all of which helped the street car achieve a world record top speed of 243mph (391kph). Only 64 street legal F1s were built, paving the way for a remarkable but relatively brief career in racing. 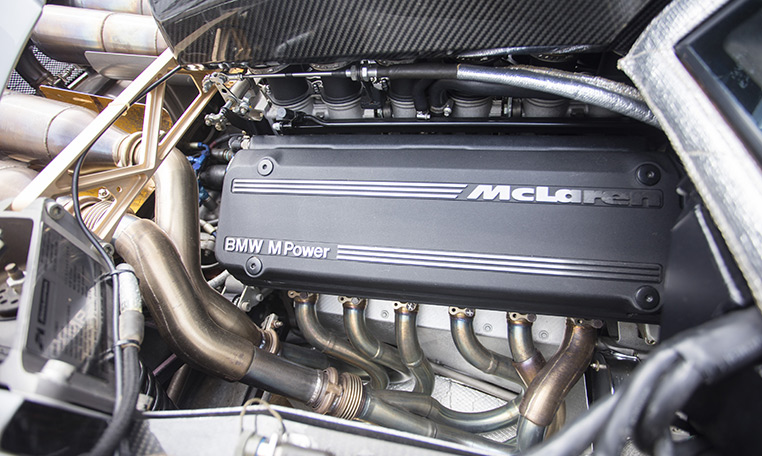 In short, the levels of expertise, detailed craftsmanship and performance had only ever been encountered at the apex of the racing world, Formula One, but never before in a road car. The McLaren F1 was the very first. 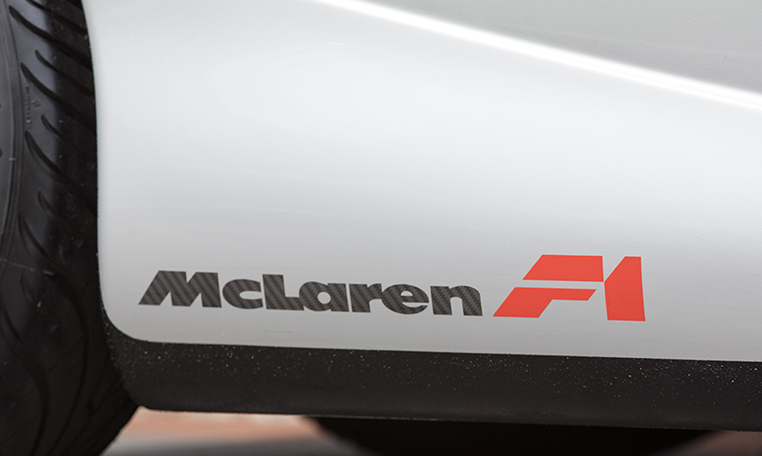 Similar to the legendary Ferrari GTO, the McLaren F1 dominated and defined an era. Today, these rare, world-changing supercars almost never come up for sale – let alone one that has never had an accident – and it is very likely there will never again be an opportunity to purchase a single-owner F1 with such provenance and history. 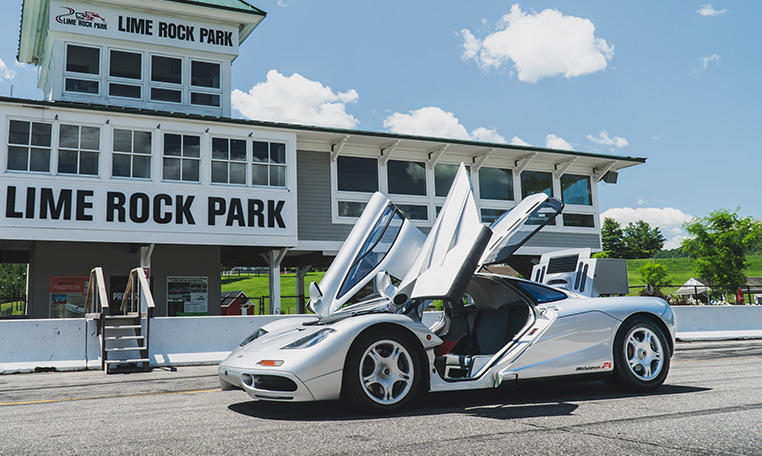 The 1995 McLaren F1 will be offered on Friday, August 18th at Bonhams’ Quail Lodge Auction in Carmel, California. To see a video of this supercar, click here. For more detailed information about the McLaren, as well as the incredible array of other rare and important collectors’ cars assembled for the sale, please visit Bonhams.com/Quail.