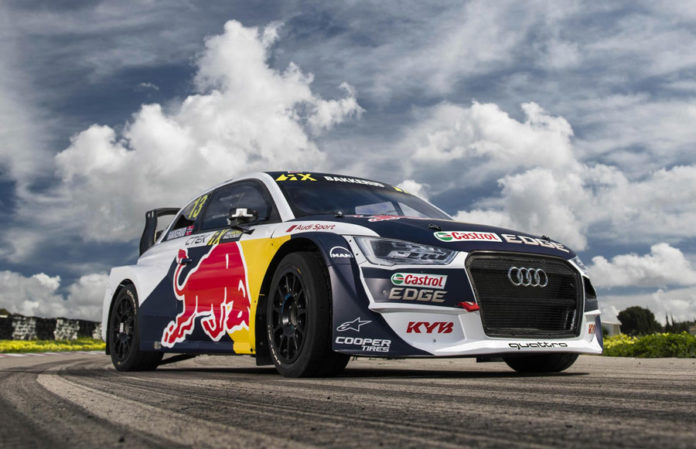 On the official test and media day of the racing series at Silverstone (Great Britain) this Monday, EKS Audi Sport presents the second-generation Audi S1 EKS RX quattro in which Ekström and his new teammate, Andreas Bakkerud, will contest the 2018 World RX season.

The calendar features a total of twelve rounds on three continents (Europe, North America, Africa). For 2020, the series is planning to switch to fully electric powertrains. “This prospect is one of the reasons why Audi continues intensifying its commitment in the World Rallycross Championship this year,” says Head of Audi Motorsport Dieter Gass. 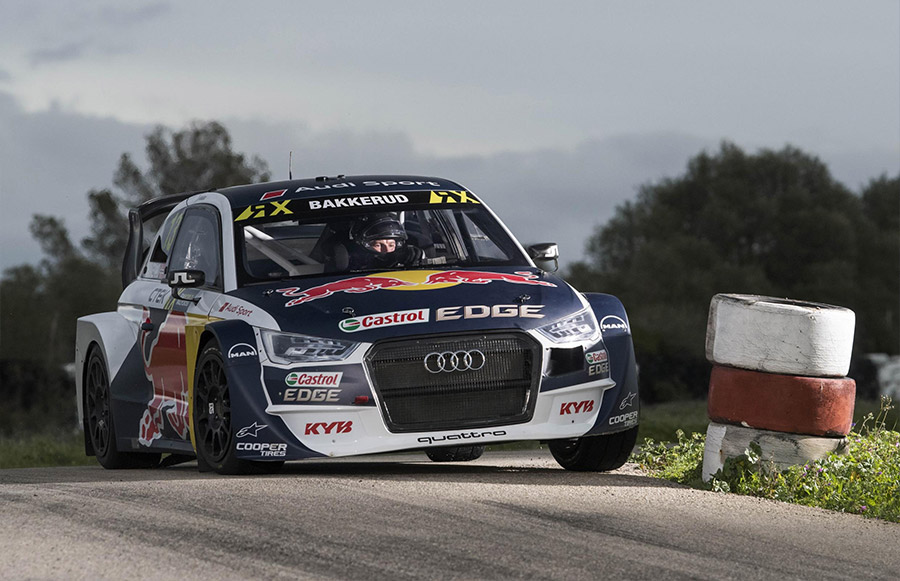 Ekström had formed his rallycross team at the beginning of 2014 and went on to lead it to the top of the world’s ranking within the space of just three years. In 2016, Ekström and EKS won the drivers’ and teams’ world championships. In the 2017 season, Ekström, after having scored four victories, celebrated the runner-up’s spot in the championship and EKS placed third in the teams’ classification. Looking at the new season, Ekström and Team EKS Audi Sport are brimming with energy: “With intensified support from Audi we intend to battle for victories as well as for the World RX titles in the drivers’ and teams’ championship again,” says the Swede. To achieve this goal, EKS Audi Sport will be on the grid with two new Audi S1 EKS RX quattro cars. “We were driving more or less the same cars for four years. Now we’ve prepared two all-new ones, practically the second generation of our winning car.” 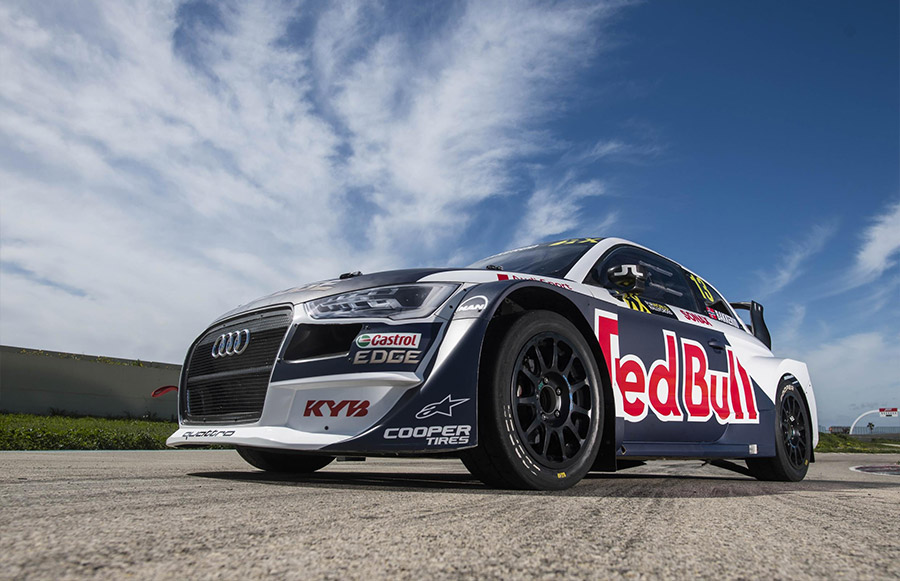 Audi Sport is involved in this more than ever. While the focus in 2017 when Audi Sport came on board was primarily placed on development work and support for tests and races, the development of the now 580-hp Audi S1 EKS RX quattro was intensified for the 2018 season. Among other things, the S1 received a new aerodynamics package that enhances performance. At all twelve WRX rounds, Audi employees will be at the race tracks to assist EKS Audi Sport in taking care of the engine.

“Anyone can see the modifications that have been made to aerodynamics at first glance,” says Ekström. “But underneath the body shell, a lot has happened as well. We’ve made a clear step, the first tests were promising. Last year, we started the season as the hunted, now we’re the hunters.” 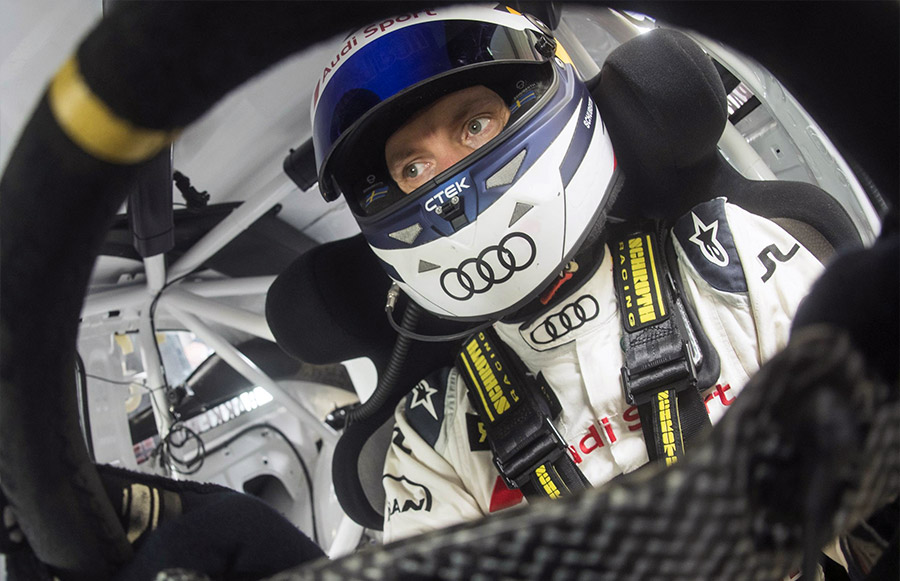 It is not just the technical update that inspires the 2016 World Champion with optimism. “This is the first year in which I’m able to fully concentrate on the rallycross project,” says Ekström who concurrently competed in the DTM and the World RX from 2014 to 2017. “For me, personally, that’s very positive because the dual load was definitely enormous. I’m also proud of the fact that many of our longstanding partners – above all Red Bull – continue to be on board and that we’ve additionally been able to gain new sponsors for EKS Audi Sport. Plus, there are a few new faces in our team that will hopefully make us even more powerful.” 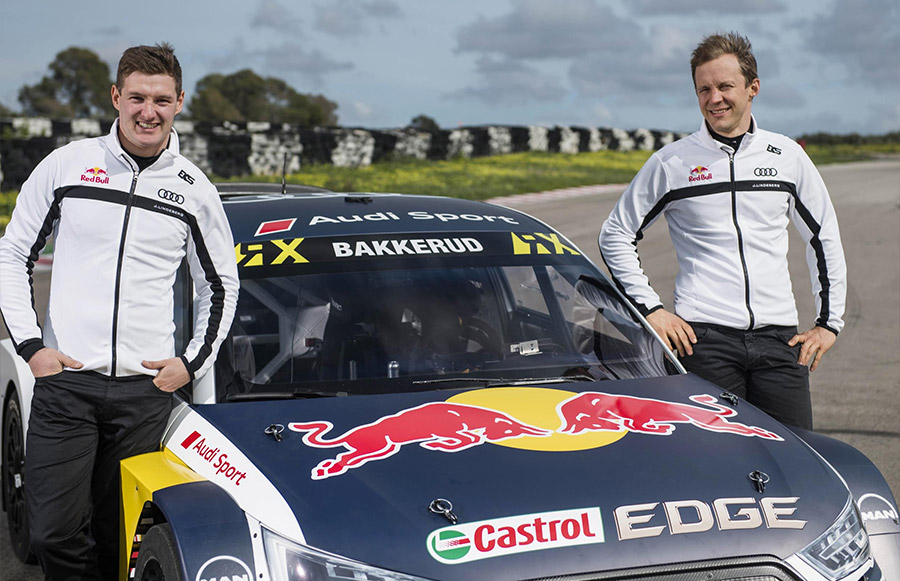 In Andreas Bakkerud Mattias Ekström also has a new teammate who has already done some initial test races for the team. “For me, the past few weeks were primarily about familiarzing myself as quickly as possible with the Audi S1 EKS RX quattro, which is a little shorter than the cars I’ve been driving so far,” says the Norwegian. “My first impression is positive. I’m also impressed by the way the team works that pays attention to even the smallest details which in the end make the difference. It’s clear that Mattias is not just a brilliant driver but also an excellent technician. I look forward to working with him and am trying to learn as much as possible from him. In the first step, I’d like to immediately help EKS Audi Sport win the teams’ world championship. Step two will be the drivers’ title which in the long run is my big personal aim.”

“Slideways” is what Jim Goodlett calls his favorite form of driving.
Read more