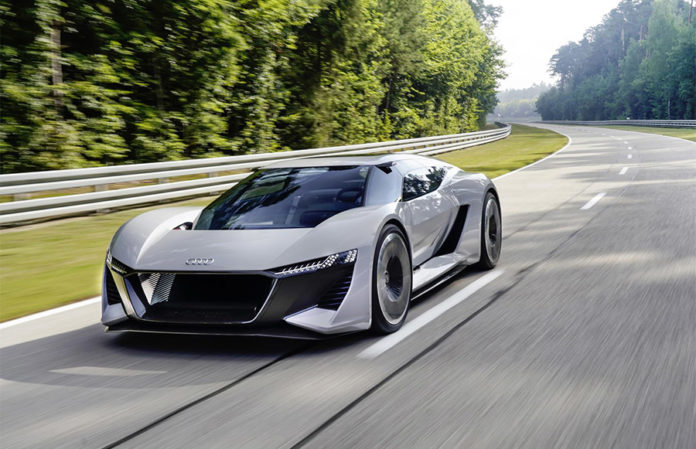 For the first time, Audi is presenting a concept car with an acute design and technology focus at Pebble Beach Automotive Week in Monterey, California. The all-electric Audi PB18 e-tron represents a radical vision for the high-performance sports car of tomorrow. Conceived and created in the new Audi design studio in Malibu, California, with the benefit of extensive experience gained in the wind tunnel and on the race track, its very presence signals that it is destined to push boundaries. The technical concept behind the PB18 e-tron has been devised using expertise gained during the phenomenally successful Audi Le Mans racing programme, and the realisation of that concept was the responsibility of the experts at Audi Sport GmbH, the Audi high-performance subsidiary. The abbreviated name “PB18 e-tron” refers both to the Pebble Beach venue for the premiere and to the technological DNA it shares with the Audi R18 e-tron LMP1 racing car. 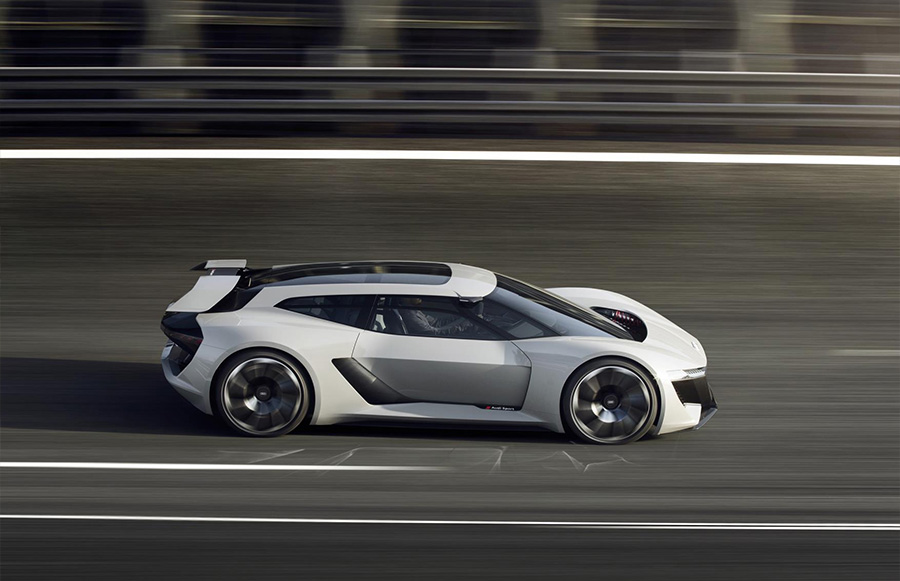 The Audi PB18 e-tron package follows the traditional architecture of a mid-engine sports car with a cab that is positioned far forward. The car’s centre of gravity is located behind the seats and in front of the rear axle – which benefits the driving dynamics. This does not involve the engine-transmission unit, as in a car with a conventional drive system, but rather the battery pack. 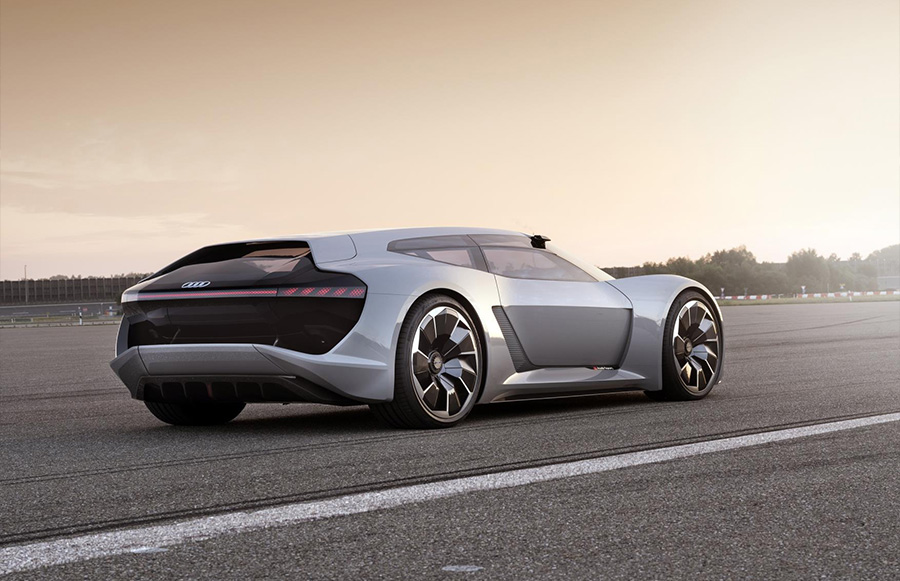 A mix of aluminium, carbon and multi-material composites ensures the body of the Audi PB18 e-tron has a low basic weight, not least thanks to the innovative and comparatively light solid-state battery. A total weight of less than 1,550 kg (3,417.2 lb) can be expected.

The large-format cockpit itself is designed as a freely programmable unit and can be switched between various layouts for the racetrack or the road, depending on the scenario for use. 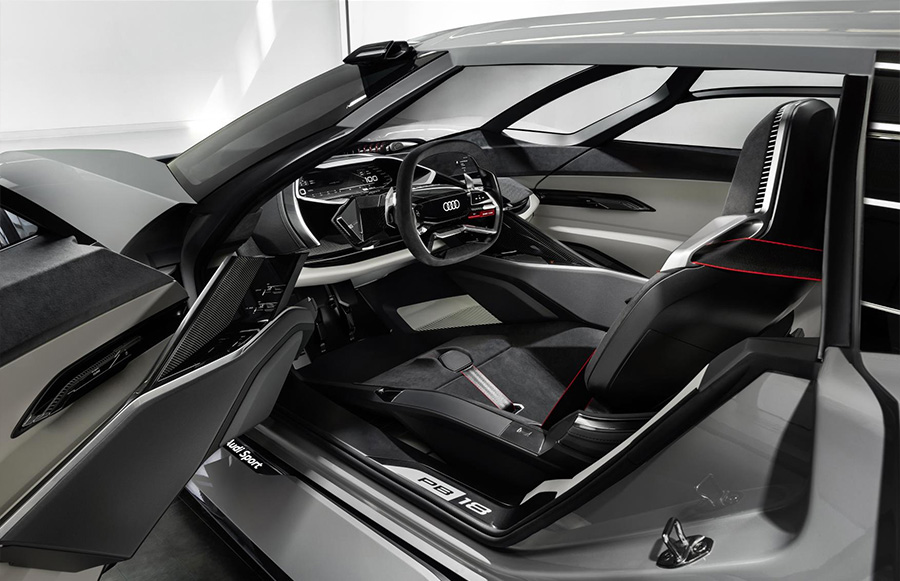 The concept uses three powerful electric motors – one up front and two in the rear. The latter are centrally located between the steering knuckles, each directly driving one wheel via half-shafts. They deliver up to 150 kW of power to the front axle and 350 kW to the rear – the Audi PB18 e-tron is a true quattro, of course. Maximum output is 500 kW, but with boosting the driver can temporarily mobilise up to 570 kW. The combined torque of up to 830 Nm (612.2 lb-ft) allows acceleration from 0 to 62mph in scarcely more than 2 seconds – a speed that differs only marginally from that of a current LMP1 prototype. 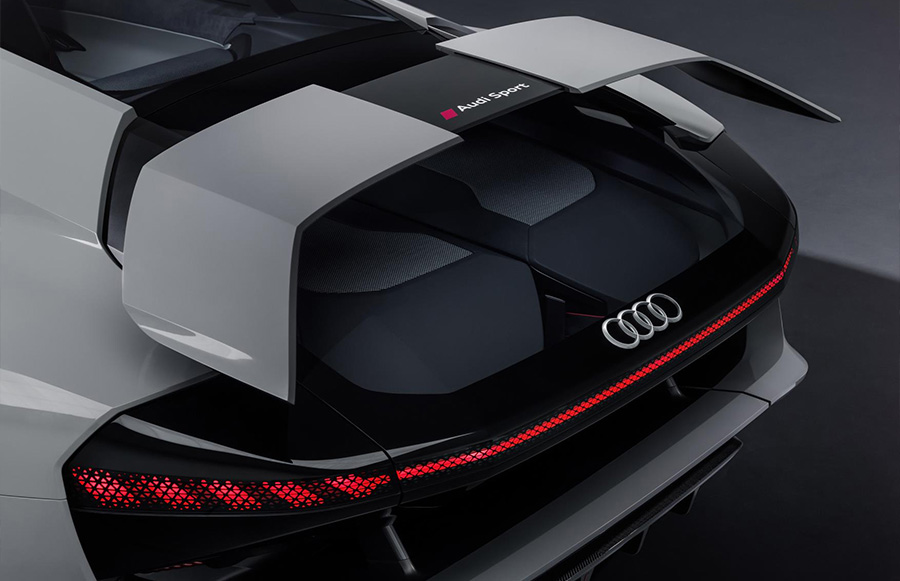 High-tech from the LMP1 class: the suspension

The front and rear have independent suspension on lower and upper transverse control arms, and, as commonly found in motor racing, a push-rod system on the front axle and pull-rod system on the rear – in both cases with adaptive magnetic ride shock absorbers. The suspension of the Audi R18 e-tron quattro Le Mans racing car served as the model for the basic architecture. 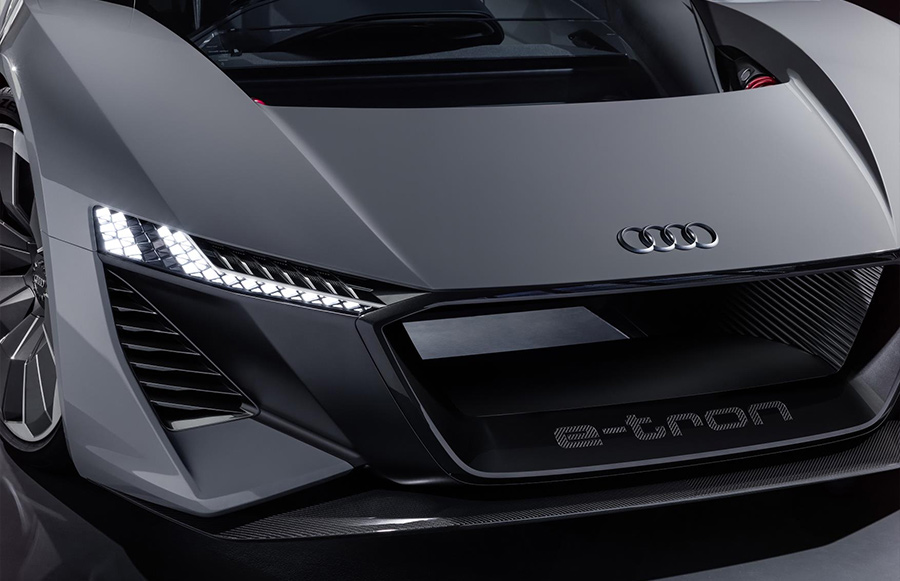 The wheels measure 22 inches in diameter and are fitted with 275/35 tyres in the front and 315/30 in the back. Large carbon brake discs with a 19-inch diameter, in conjunction with the electric brake, safely and steadily decelerate the Audi PB18 e-tron even in tough racetrack conditions. 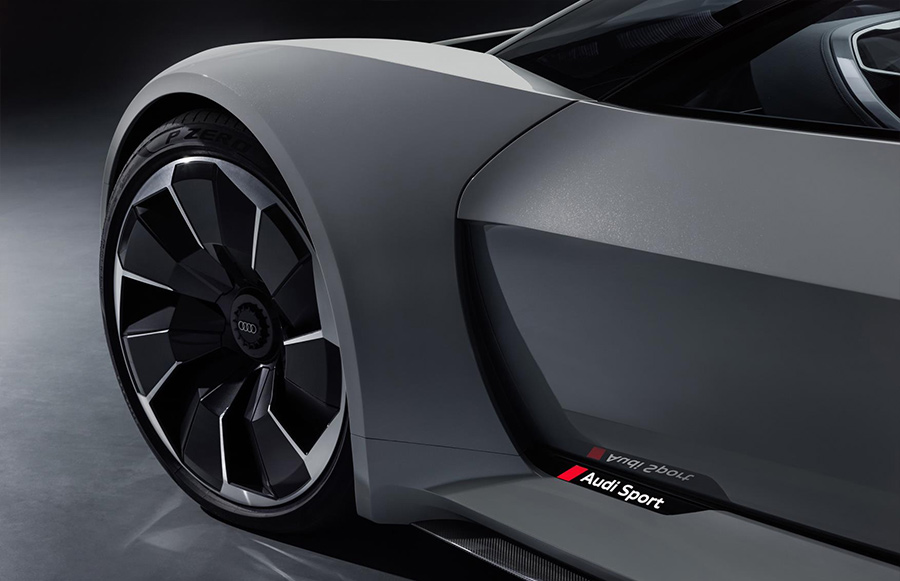 Audi has been developing vehicles with all-electric or hybrid drive since back in the late 1980s. The first production offering of a car combining a combustion engine with an electric motor was the Audi duo from 1997, which occupied the body of an A4 Avant. A landmark technological development for electric cars was the R8 e-tron, which was unveiled at the 2009 Frankfurt Motor Show and in 2012 set a record lap time for an electric car on the North Loop of the Nürburgring.