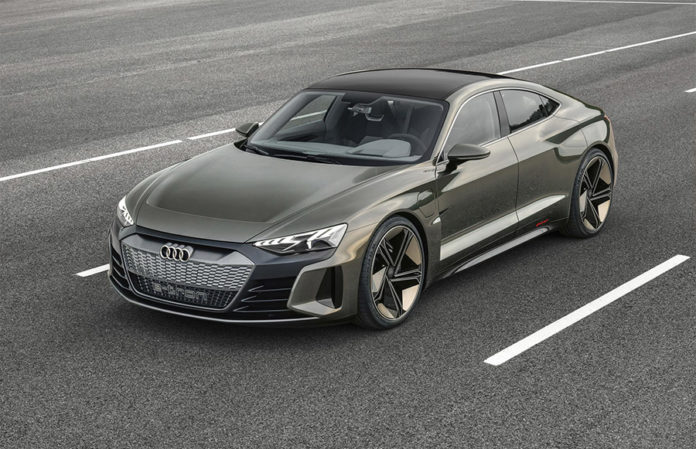 Audi is presenting one of the stars of the 2018 Auto Show in the movie capital Los Angeles. With the electric powered Audi e-tron GT concept, a four-door coupé is making its debut as a show car. The series-production counterpart is set to follow in around two years. 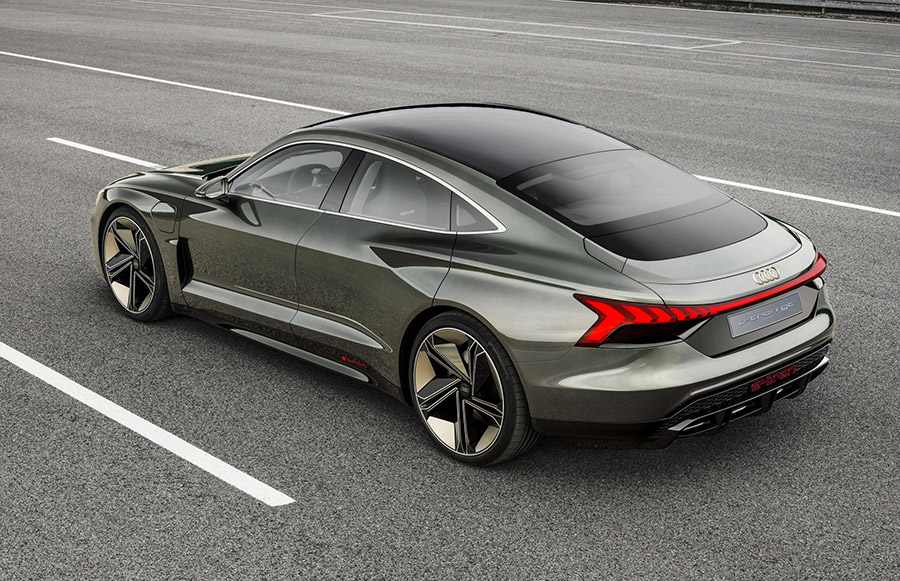 The next electric Audi is being launched, following in the footsteps of the Audi e-tron SUV and the Audi e‑tron Sportback slated for 2019. This time with a flat-floor architecture that provides for exciting proportions and a low centre of gravity. 434 kW (590PS) ensure performance fit for a sports car. The torque is transferred to the wheels via the quattro permanent all-wheel drive with torque vectoring, as you would expect for such a dynamic Audi. The performance subsidiary Audi Sport GmbH is responsible for subsequently transforming the car into a series-production model. 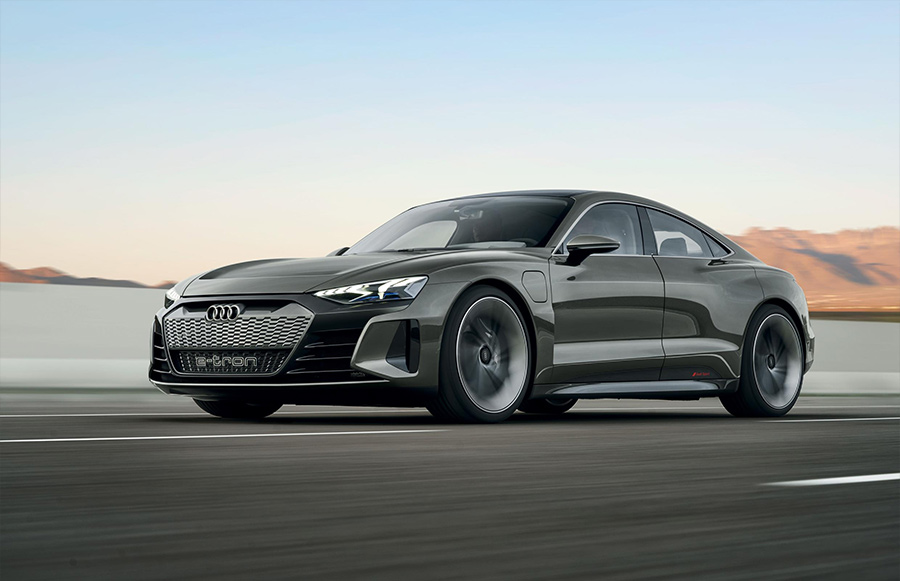 The brand with the four rings launched its electric offensive with the world premiere of the all-electric SUV Audi e-tron in September 2018. By 2025 Audi will offer twelve automobiles with all-electric drive in the most important markets worldwide and achieve roughly one-third of its sales with electrified models. The SUVs within this portfolio include the Audi e-tron and the Audi e-tron Sportback due to make its debut in 2019. In addition, there will be a range of models with classic body layouts such as Avant and Sportback. The range will cover every relevant market segment from the compact to the full-size class. 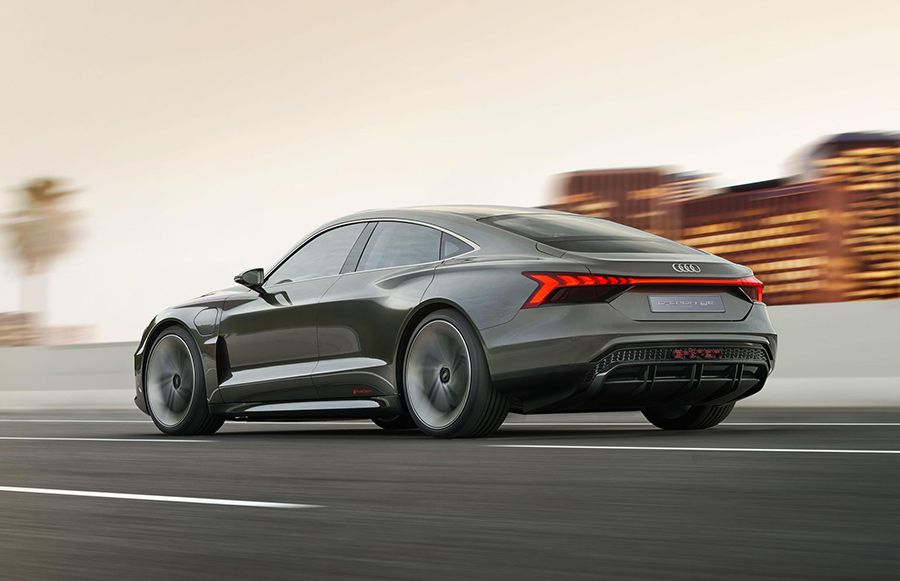 The Audi e-tron GT concept show car, a highly dynamic coupé with a low floor, is debuting at the Los Angeles Auto Show 2018. The technology in this automobile was developed in collaboration with Porsche; the design and character of the e-tron GT concept are packed full of unmistakable Audi DNA. 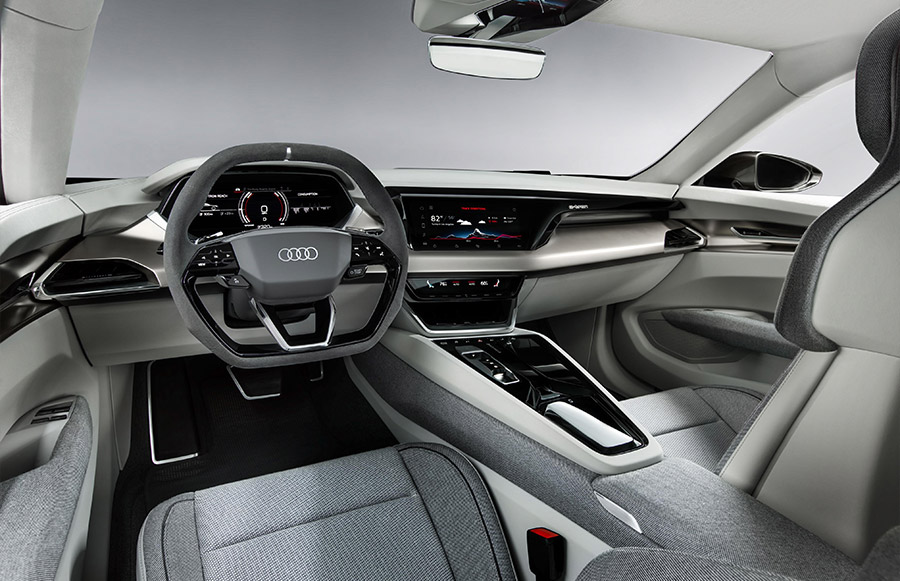 The project will be developed into series-production models by the end of 2020. Initial deliveries will be made to customers in early 2021. 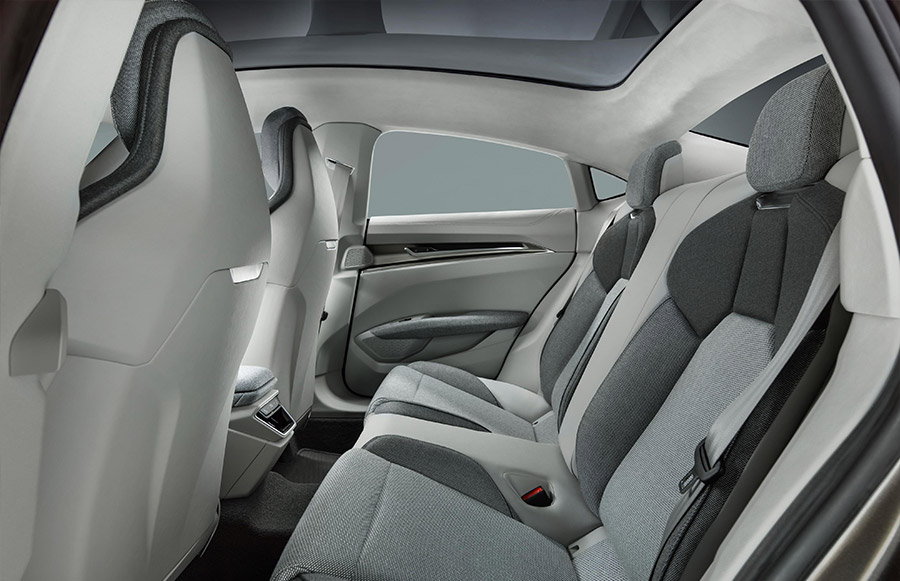 Another joint project of the development departments at Audi and Porsche is the Premium Platform Electric (PPE). It will be the foundation for multiple Audi model families with all-electric drive covering the high-volume B through D segments.

To the Limit and Beyond: Audi Tests Again for the Dakar Rally in Morocco