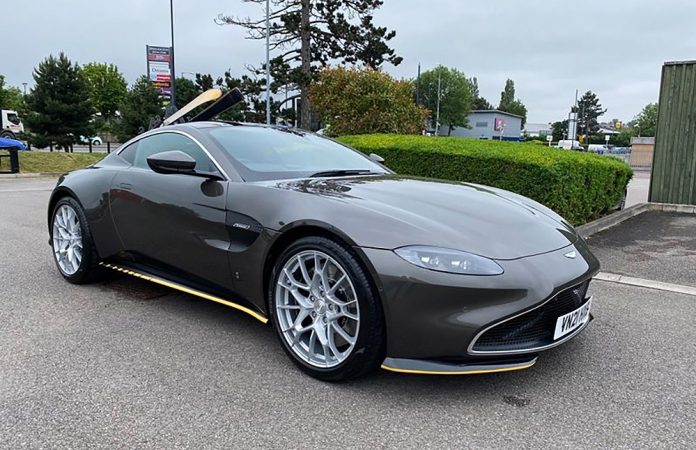 Searches for Aston Martins on Auto Trader, the UK’s largest digital marketplace for new and used cars, spiked with an increase of 75% following the release of No Time to Die over the weekend. Cinemagoers looking to fuel their Bond fantasy caused a surge in views for classic Aston Martins, with the top three most viewed classic cars over the past week being two DB5s and a DB6. Searches for Jaguars and Land Rovers also soared, with a rise of 13% alongside the airing of the film.

If you’re an action lover who’s into classic cars, you’re in luck, as a limited-edition Aston Martin Vantage 007 is now up for sale on Auto Trader. It is one of just 100 of its type worldwide, purposefully produced to commemorate the new Bond film. Advertised at a cool £200,000, you may as well treat yourself, You Only Live Twice, after all.

For Your Eyes Only, Auto Trader also currently has two of the seven limited edition Land Rover Defender SVX Concept models on site. More commonly known as the ‘Spectre Defenders’, these sturdy spy machines were made uniquely for use in Spectre, the 24th James Bond film. For any avid Bond fans, you will Never Say Never Again as these cars come fully equipped with a file of movements, movie scripts and calendar shoots from the film – what a piece of double oh heaven!

Daniel Craig’s final outing as 007 has smashed box office records, becoming the biggest movie of the year after only four days in cinemas.

Auto Trader’s Rory Reid says: “It’s clear there’s a lot of aspiring Bonds out there searching for their next spy vehicle. There is a wide range of Aston Martins onsite that are in stock and available now – you could be driving like a secret agent!”