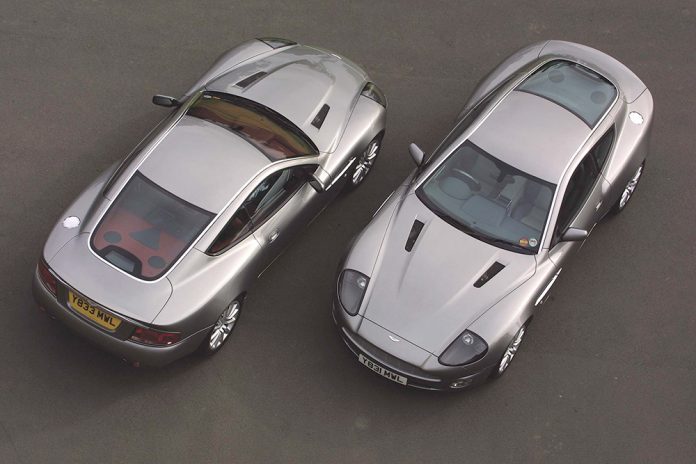 Aston Martin Works – the heritage home of the great British automotive marque – is this month marking an important anniversary for one of the supercars created at its historic site, the original V12 Vanquish, which was revealed publicly 20 years ago.

When it was presented before an eager audience at the 2001 Geneva Motor Show the V12 Vanquish was nothing less than the most sophisticated and technologically advanced new model yet designed, developed and built by Aston Martin.

Lauded for its sublime design, exceptional power and brutish performance, V12 Vanquish quickly secured positive reviews from the expert media of the day. Motortrend in the United States said: “Aston Martin’s new Vanquish is one of the most superbly designed front-engine GTs of all time.” British magazine evo were moved to say: “It devours the straight bits with relish, but it also has a ravenous appetite for corners,” while The Sunday Times later called it “an automotive masterpiece”.

Today, Paul Spires, President of Aston Martin Works said: “The original V12 Vanquish represented an important and timely development for our marque. It was, and is, a great super GT with all the character, style and power that is rightly expected of an Aston Martin sports car.

“20 years on from that debut, the V12 Vanquish remains a proud part of the marque’s heritage which we celebrate here at Newport Pagnell. It is an exceptional piece of our history, and a car that we can rightly look back on with considerable pride.”

Origin of the species

Developed by Aston Martin through the mid-90s, and exhibited for the first time at the 1998 Detroit Motor Show, Project Vantage was an apparently almost production-ready supercar designed by then styling chief Ian Callum.

The car featured a new 6.0-litre V12 engine with an output of 460 bhp, mated to an F1©-inspired paddle shift gearbox. It used a cutting-edge aluminum tub and composite body panels, and at the time represented a major leap in both design and technology for the luxury marque.

Development work continued on the programme and, in the autumn of 2000, a selection of key media was given the opportunity to see a pre-production V12 Vanquish, which clearly owed much to the Project Vantage.

V12 Vanquish S Ultimate marked the end of an era

In February 2007, Aston Martin announced what was – until the development of the marque’s successful and much imitated Continuation programme in 2017 – the end of new car production at Newport Pagnell.

This emotional ‘moment in time’ was celebrated through the creation of a strictly limited number of V12 Vanquish S Ultimate Edition sports cars.

Each of the 40 cars was made available by special request to customers wishing to celebrate the last iteration of a clearly highly significant car in Aston Martin’s history.

A specific colour and trim combination marked out these hugely desirable cars. The coachwork was painted a unique metallic shade called ‘Ultimate Black’ while, inside, the cars were all trimmed in a semi-aniline leather with coarse stitching, leather headlining and black chrome finish interior fittings. Each car was also fitted with personalised sill plaques denoting its limited edition number.

Alongside the European market Ultimate, Aston Martin also produced a small number of white V12 Vanquish for the Middle East.

Paul Spires, added: “Here at Newport we rightly celebrate the heritage of this great British sports car marque, with particular emphasis on icons such as the DB5 which were almost all built in this seemingly sometimes sleepy corner of Buckinghamshire.

“However, to also be able to lay claim to a ‘modern classic’ such as the original V12 Vanquish is a great honour for us, and I’m sure that in time people will come to view these cars with the same reverence that is afforded to the early DB cars.”