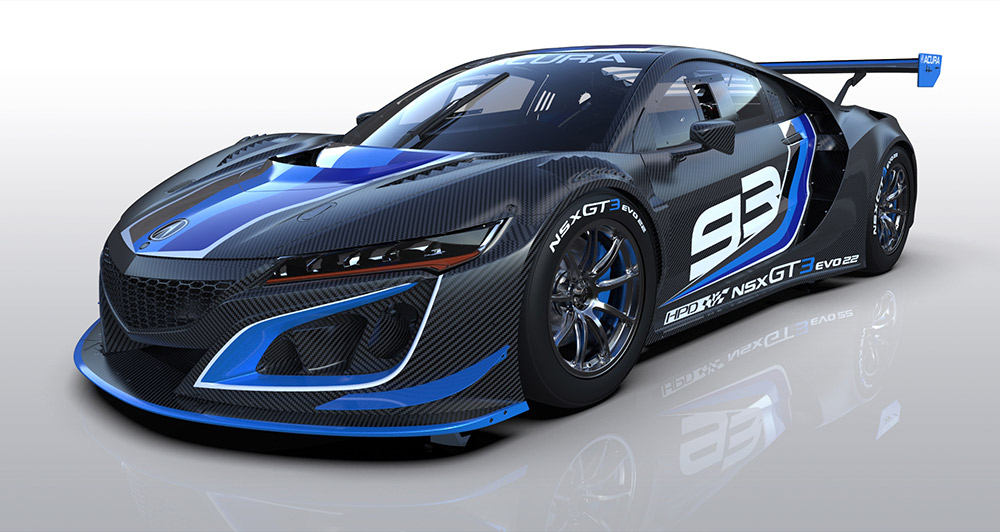 Honda Performance Development (HPD) announced today that an enhanced Acura NSX GT3, designated the NSX GT3 Evo22, will compete on racetracks throughout the world starting in 2022.

The latest evolution of the multiple championship-winning Acura NSX GT3 features a number of important revisions aimed at addressing team and driver needs, and will provide more consistent performance across a wider range of conditions and drivers.

“We are extremely pleased to announce this latest development of the already highly- successful Acura NSX GT3. While the NSX has won races and titles in some of the world’s most prestigious GT3 series, we believe in constantly improving our products and providing the best possible equipment and support for our Acura Motorsports teams.” – John Whiteman, HPD Manager, Commercial Motorsports

Additionally, new variant options will be available for the air conditioning system, and headlights. The NSX GT3 Evo22 remains available for new orders and is homologated through 2024.

As with the current NSX GT3 Evo, the chassis originates at the Performance Manufacturing Center in Marysville, Ohio. Final assembly is completed by JAS Motorsport in Milan, Italy, which will continue to provide parts and technical support in Europe.

HPD is the global technical authority for the NSX GT3 Evo 22; and maintains parts and engineering support throughout North America, with its Acura Motorsports technical trailer present at all official IMSA and SRO events.