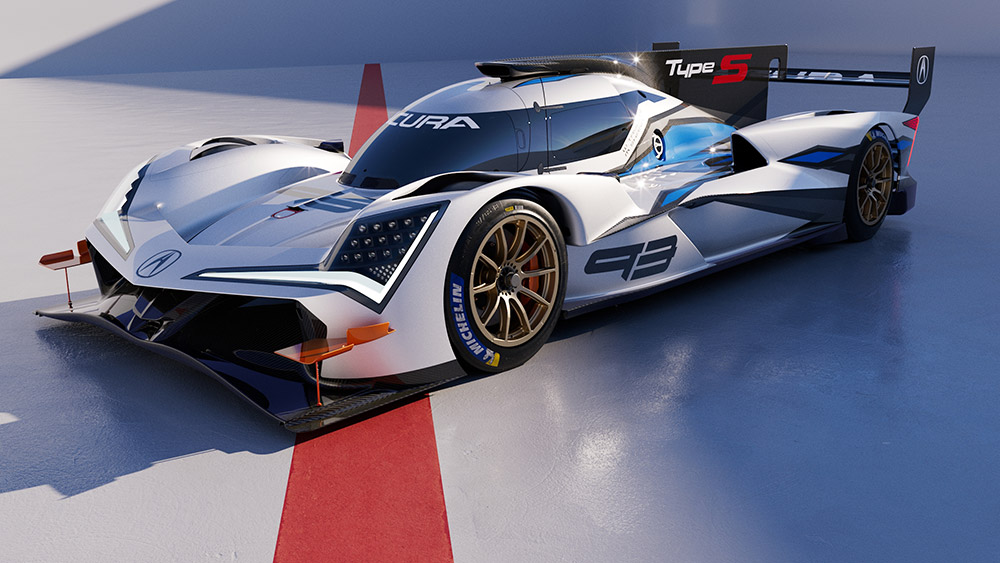 Acura Motorsports today released the first official images and details for the all-new, electrified Acura ARX-06 prototype sports car, which will make its competition debut next January at the Rolex 24 at Daytona.

The public unveiling will take place Friday, August 19, at The Quail, a Motorsports Gathering, in Carmel, California.

“Precision Crafted Performance is at the heart of everything Acura does,” said Jon Ikeda, vice president and Acura brand officer.  “If you’re a performance brand, you have to go racing. It’s that simple.  Both the existing ARX-05 prototype and our production-based NSX GT3 have proven to be race- and championship-winning designs on tracks all across North America.  Now, with the introduction of the new, electrified Acura ARX-06, we look forward to facing off against other premium automotive brands from around the world – and continuing our winning ways.”

“HPD has 30 years of race-winning and championship-winning history,” said David Salters, HPD President and Technical Director.  “Not only in endurance sports car racing, but in developing championship-winning Honda Civic-based racing cars, the powertrain for the Baja Ridgeline race truck, Formula Regional Americas and Formula 4 powertrains with the Type R engine, and of course the Indy 500 and the IndyCar Series.

“We are HPD.  We race, we develop our engineers and technology through racing.  We have an amazing and unique racing legacy, both past and present. It’s what we do as Acura’s – and Honda’s – North American racing organization. We are looking forward to the challenge of racing Porsche, BMW and GM in IMSA’s pinnacle GTP championship.  We are very cognizant this is a big step for us.  We have a lot to learn, but that is why race.”

“The new Acura ARX-06 has elements of our Indy-winning technology, Honda Formula One technology and Rolex 24-winning technology in it.  This was achieved using HPD’s world-class simulation, design, development and manufacturing technologies; that our own engineers have developed, tested and validated.  We are very proud of that.  Now the challenge and hard work really starts, including grueling 24 hour simulations, and learning how to maximize all aspects of performance.”