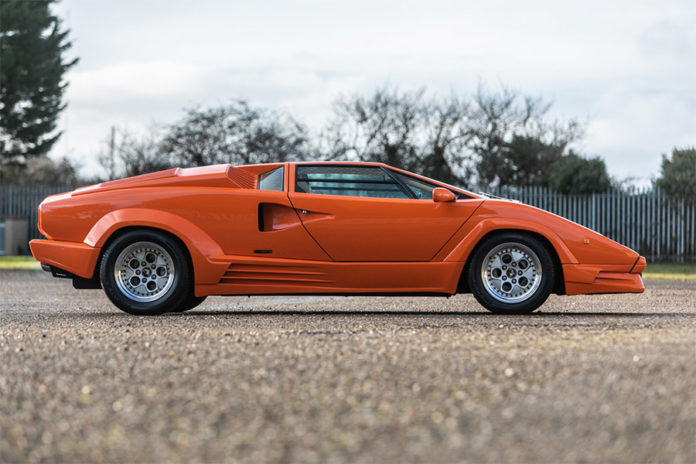 Silverstone Auctions are offering at their Race Retro sale on the 22nd and 23rd February the most stunning 25th Anniversary Lamborghini Countach with quite a remarkable history.

The Countach was presented to the world at the 1971 Geneva Motor Show as a replacement for one of the most beautiful sports cars, the Muira. 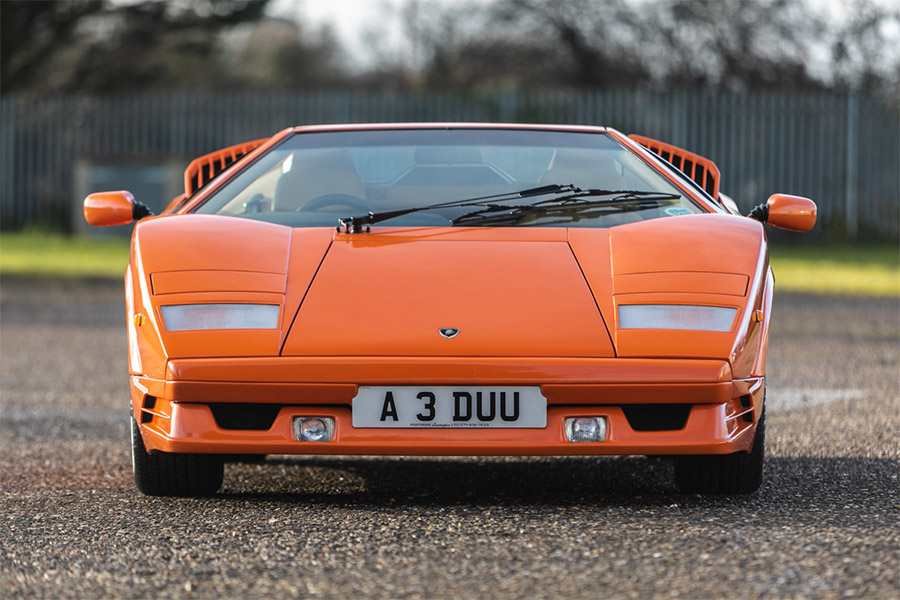 During its 20 year reign, the Countach went on to create its own cult following as the poster car of the 1980s, pinned to many a bedroom wall and the car most teenagers dreamt of owning.

The 25th Anniversary edition as the name suggests, was created to celebrate 25 years of Lamborghini and a car that was to supersede the 5000 QV. Styled by Horatio Pagani, who himself went on to design and develop some of the most incredible supercars of the modern era, the Anniversary model underwent many subtle styling changes. 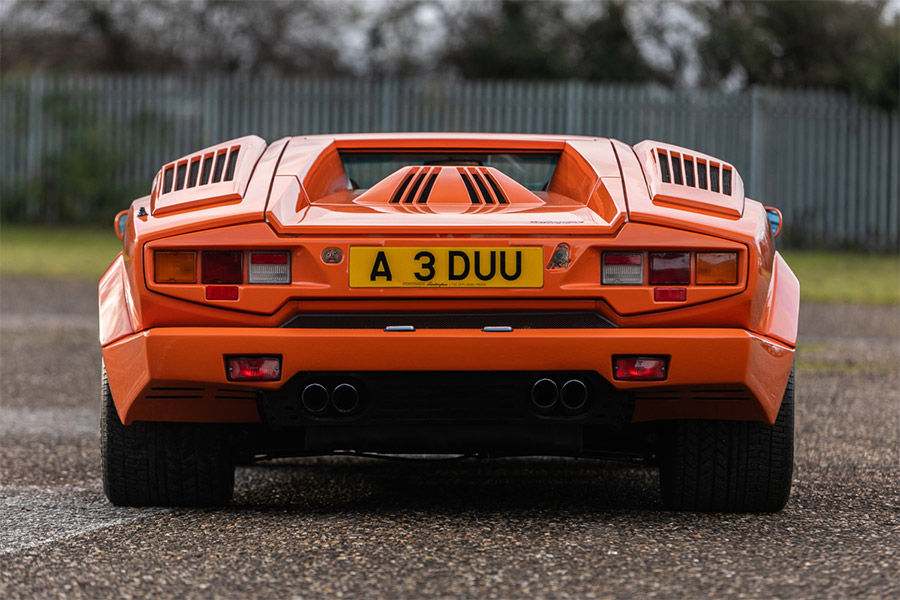 The tyres fitted to the Lamborghini, were the widest fitted to any production car of its time, 225/50 at the front and 345/35 at the rear courtesy of Pirelli to improve the road holding and handle the power from the 5.2 litre V12. It was also the most expensive Lamborghini, with 658 being made and the most refined. The initial run was set to be 400.

This particular car is quite extraordinary. It was ordered new by our vendor, a Lamborghini enthusiast and owner of a 1975 LP400 Periscopio, one of the earliest Countaches. During a factory visit to see his new car being built, he requested the car to be finished in the same colour as his LP400, a colour that now was no longer an option. Lamborghini eventually obliged and this is the only one finished in Arancio Muira Orange at the time of order. 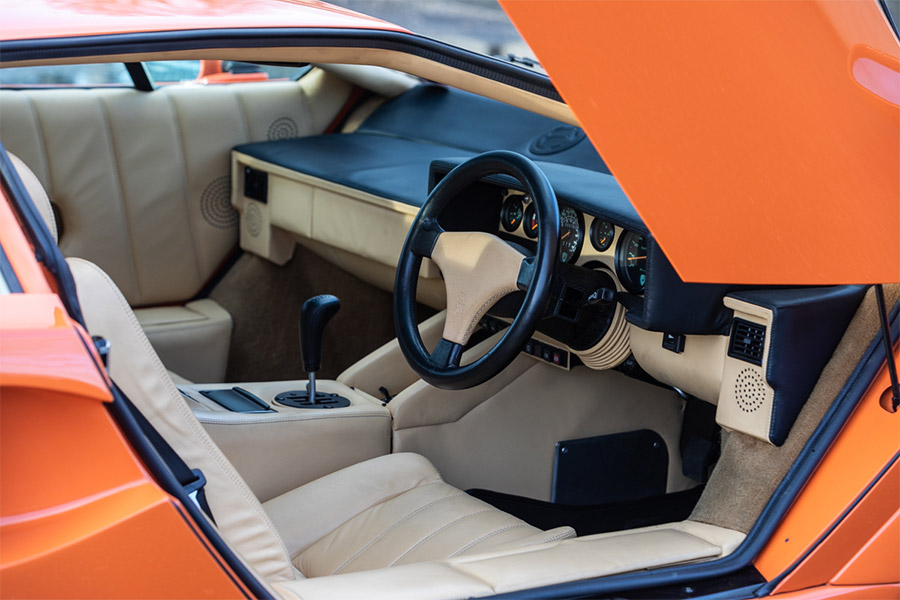 Since the car was collected, it has covered just 6,390km from new and was put into long term storage in 1995. In June 2017 it re-emerged and was completely recommissioned at a cost of £17,600 by Colin Clarke Engineering, Lamborghini specialists.

This is one exceptional car from single ownership, in remarkable condition and in a very striking and original colour. 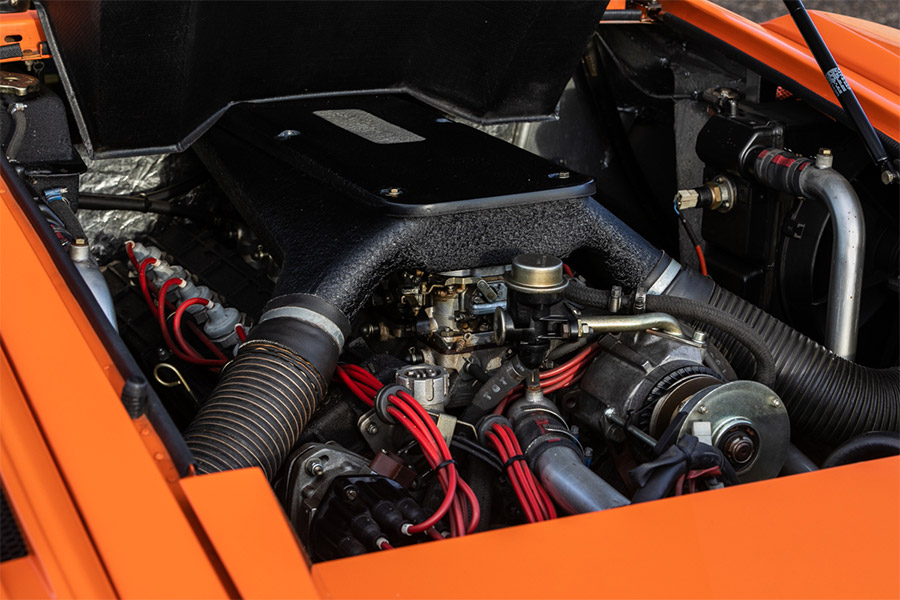 Lionel Abbott Silverstone Auctions Specialist commented: “This is a remarkable car; I couldn’t believe it when I saw it. To have one of these cars in this condition and with the story of how it came to be in this colour is few and far between. This is certainly a car for a specialist collector.”

Crashing My Lamborghini Into Wall at Racetrack – Daily...

Charity to Receive $3 Million From Auction of Chevrolet Corv...