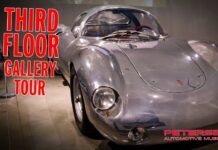 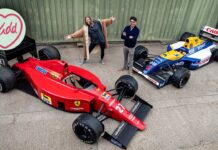 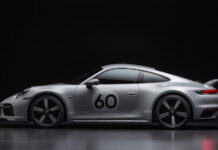 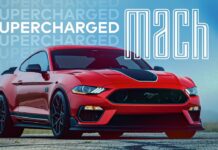 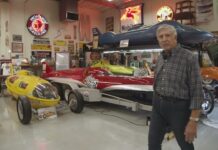 During the 2019 Goodwood Festival of Speed I saw for the very first time a long tail version (LH stays for ‘Langheck’, German word for ‘Long Tail’) of the marvellous Porsche 917. This in particular is chassis 917-45 and it was built only for the 1971 24 hours of Le Mans race. Compared to the 1970 LH version, the ’71 LH had a different front and partially covered rear wheels, everything else was left unchanged thanks to the good 2nd place achieved in 1970. The engine was the new upgraded 4.9-litre flat-12 able to produce around 600hp at 8,300 rpm and 560 Nm of torque. Three 917 Long Tails were fielded, two in Gulf and one with Martini colours, but none of them was able to finish the race. The ’45’ chassis you see in this video was with Gulf colours that year and it was never raced again. In more recent years it was restored but with the Martini livery used on its sister car.

The 1971 Porsche 917 LH is famous for its top speed achieved at Le Mans. During the pre-24h tests, Derek Bell, who was reunited with his car and drove it during the whole Festival of Speed weekend, reached a calculated speed of 396 km/h (246 mph) on the Mulsanne straight. During the actual race the LH was capable of doing 386 km/h (240 mph).