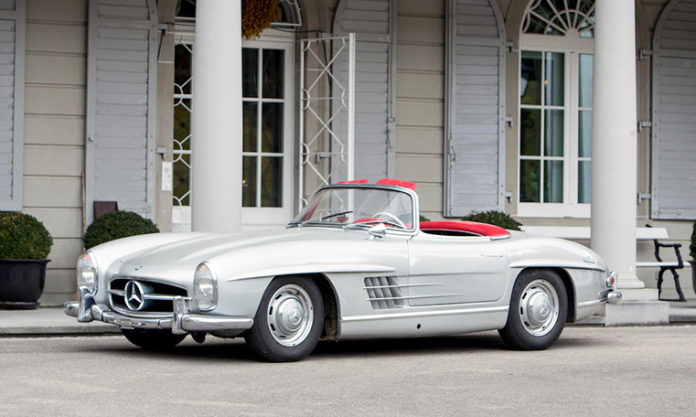 Created to spearhead Mercedes-Benz’s return to competition in the post-war era, the 300 SL debuted in the 1952 Mille Miglia, finishing 2nd and 4th overall. Wins in the Carrera Pan-Americana and at Le Mans followed, and the Mercedes-Benz 300SL was on its way to becoming part of motor sporting legend. The Mercedes-Benz importer for North America, Max Hoffman, believed there would be a market for a road-going version, and managed to convince the factory that such a car would be a success. 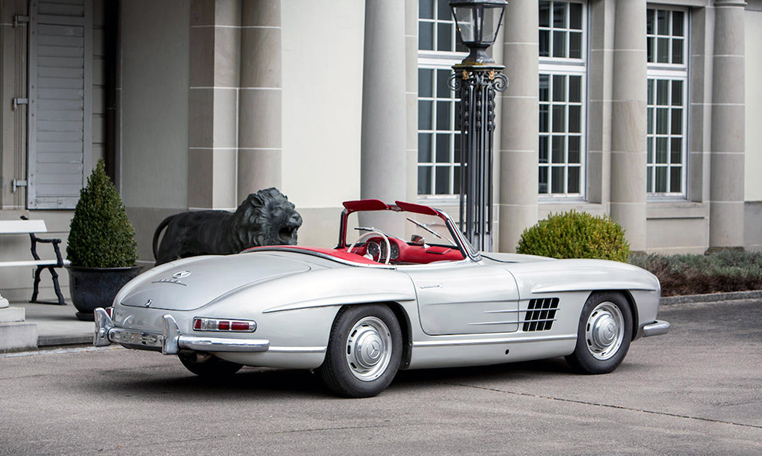 The first racers were open-topped but before the ’52 season’s end the distinctive gull-wing doored Coupé had appeared. Unusually high sills were a feature of the multi-tubular spaceframe chassis, and while access was not a problem of the open car, the adoption of coupé bodywork required innovative thinking – hence the gull-wing doors. 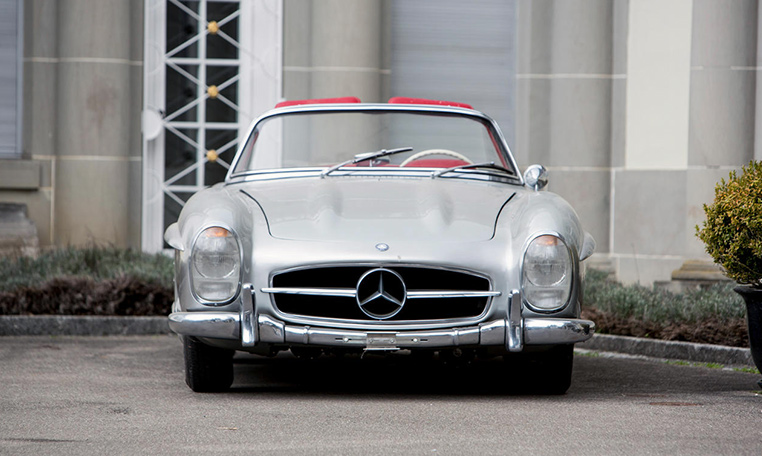 Launched in 1954, the production 300 SL retained the spaceframe chassis of the racer and was powered by a 2,996cc, overhead-camshaft, inline six canted at 45 degrees to achieve a lower, more aerodynamic bonnet line. Using innovative direct fuel injection, this state-of-the-art power unit produced 215bhp at 5,800rpm. A four-speed gearbox transmitted power to the hypoid bevel rear axle. Suspension was independent all round by wishbones and coil springs at the front, with swing axles and coil springs at the rear. 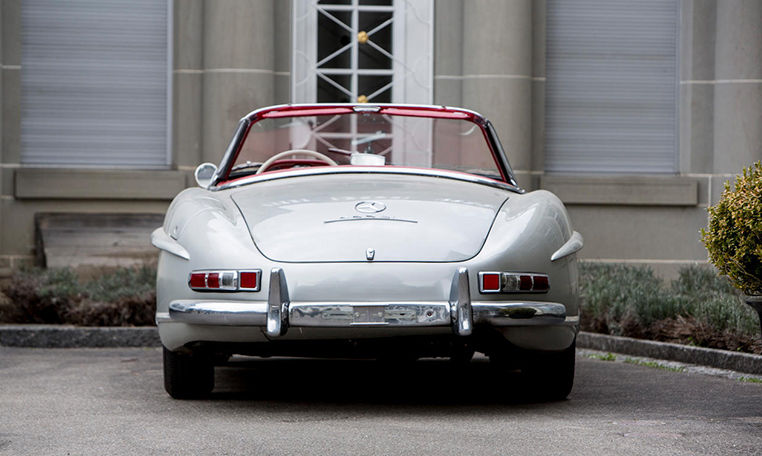 Tested by the highly respected American magazine Road & Track in 1955, the 300 SL accelerated from 0-60mph in 7.4 seconds, going on to achieve a top speed of 140mph: outstanding figures for its day. It was, arguably, the world’s first supercar. Half expecting the long-awaited 300 SL to provide an anti-climax, R&T were delighted to find the new car, ‘far beyond our wildest expectations. In fact, we can state unequivocally that in our opinion the 300 SL coupé is the ultimate in an all-round sportscar. It combines more desirable features in one streamlined package than we ever imagined or hoped would be possible. Performance? It accelerates from a dead start to 100mph in just over 17 seconds. Dual purpose? A production model 300SL can make a very acceptable showing in any type of sportscar competition. Yet the car is extremely tractable and easy to drive in traffic. Comfort? The fully enclosed 300SL is the most comfortable (and safe) high-speed ‘cross-country’ car built today.’ Its racing parentage notwithstanding, the 300SL was and remains a thoroughly practical automobile, as civilised in city driving as it is exhilarating on the highway. 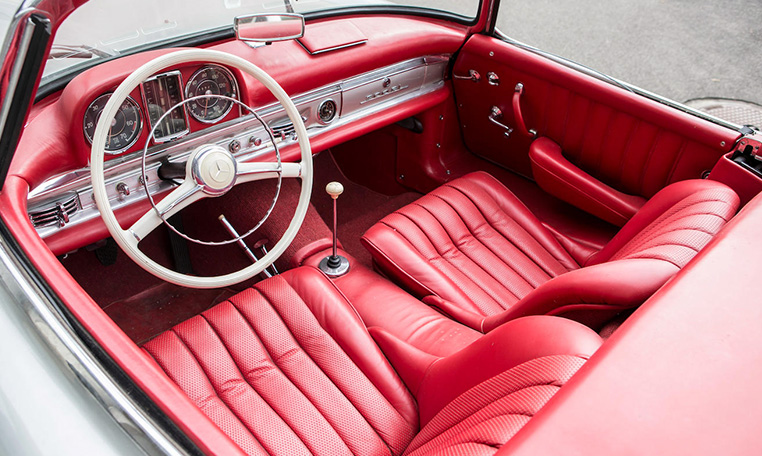 Clearly the 300 SL Coupé would be a hard act to follow yet the Roadster version, introduced just three years later, succeeded in bettering its closed cousin’s already exemplary road manners. Built with conventional doors, the 300 SL Roadster was first exhibited at the Geneva Salon in May 1957 and was an immediate hit with the 1950s ‘jet set’ including royalty, actors and socialites. The production of an open 300SL involved altering the cockpit area, where the spaceframe was redesigned to permit lower sills for improved access. At the same time the rear suspension was changed to incorporate low-pivot swing axles. The 300 SL Roadster sold well for a car that cost more than a Ferrari 250 GT California Spyder, and would out-live the 300 SL Coupé by several years. 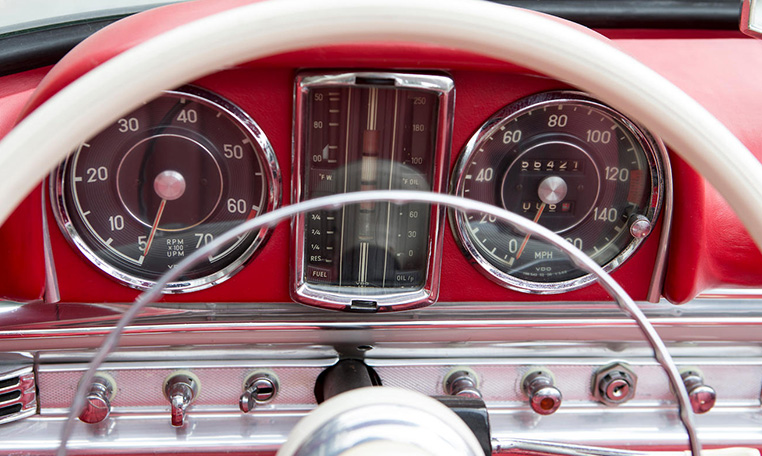 The Roadster’s neutral steering characteristics received fulsome praise from Road & Track in its 1958 road test. ‘With the low-pivot rear suspension and more adhesive tyres, the car handles beautifully under all conditions. This is a tremendous improvement over the hardtop models, which had a tendency to oversteer rather violently if pressed too hard.’ A 0-60mph time of 7.0 seconds and a top speed of 130mph were recorded, making the 300 SL Roadster one of the fastest convertibles of its time. R&T concluded: ‘There is no doubt that the 300 SL roadster is a truly great dual-purpose sports car, equally at home in traffic and the open road, or on the track,’ words that remain equally true today. Roadster production ceased in 1963 after 1,858 cars had been built, and today the model is both rare and highly sought after. 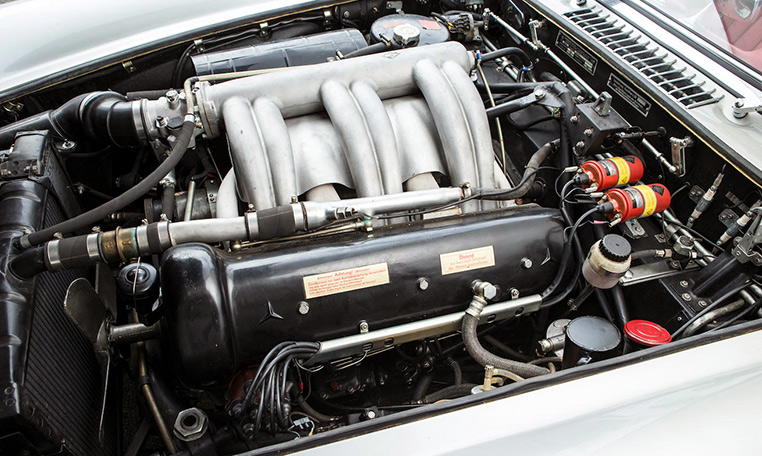 The iconic 300 SL roadster offered here imported from the USA to Hamburg, Germany by a Mr Mayer who gave it to the current owner around 20 years ago. Restored while in Mr Mayer’s possession, the car has not been run for the last two years but nevertheless appears in generally good cosmetic condition, both inside and out. Finished in silver grey with red interior and black soft-top, it comes with a Swiss Carte Grise and an email from Mercedes-Benz confirming matching numbers and colours. 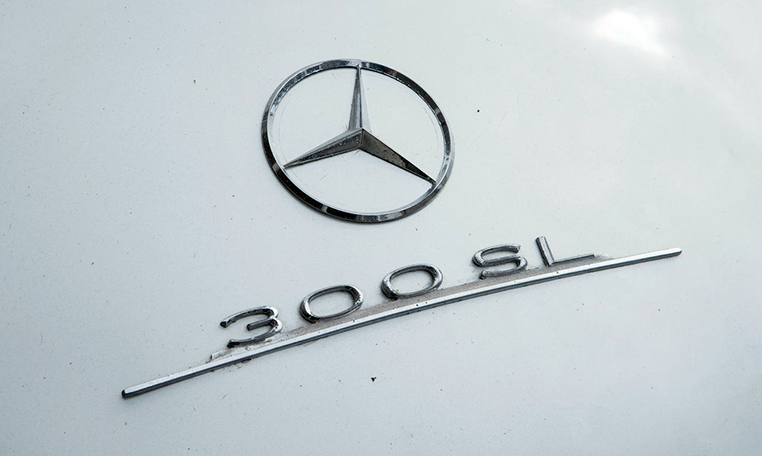 A beautiful example of the iconic 300 SL in roadster form, this is a highly desirable motor car that would make an exhilarating yet extremely practical touring companion. Indeed, there cannot be many better ways of travelling to a classic event, taking part and driving home.