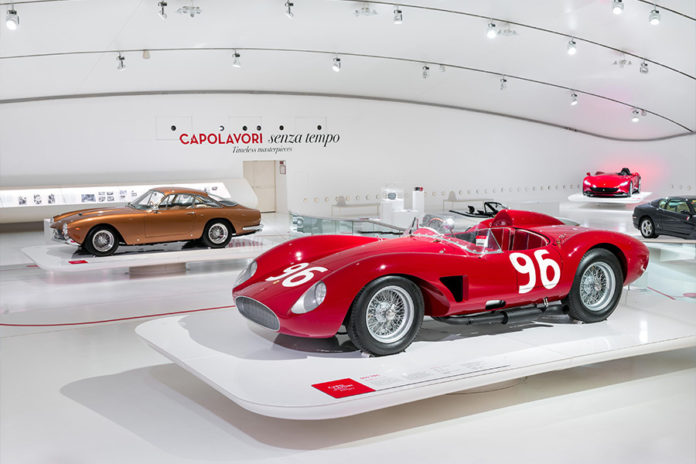 The Enzo Ferrari Museum in Modena is hosting the “Timeless Masterpieces” exhibition, which features some of the most elegant cars in the marque’s history and explores their historical and social context, providing links to the design trends of their time, both within and beyond the automotive sector. 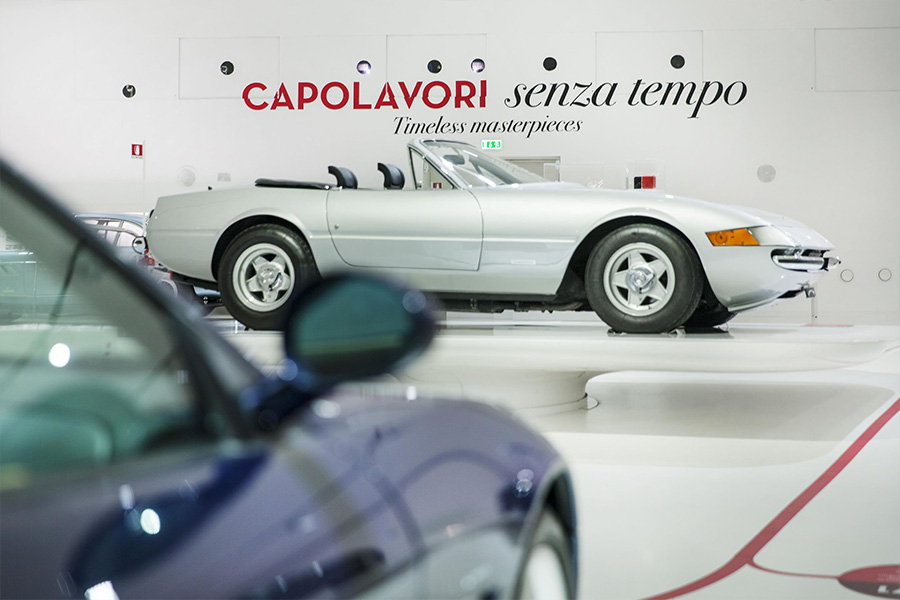 Some of these links were addressed today at the Museum by Flavio Manzoni, Head of Design for Ferrari, and Daniel Collin, CEO of Amira Diamonds Group and Ferrari enthusiast. 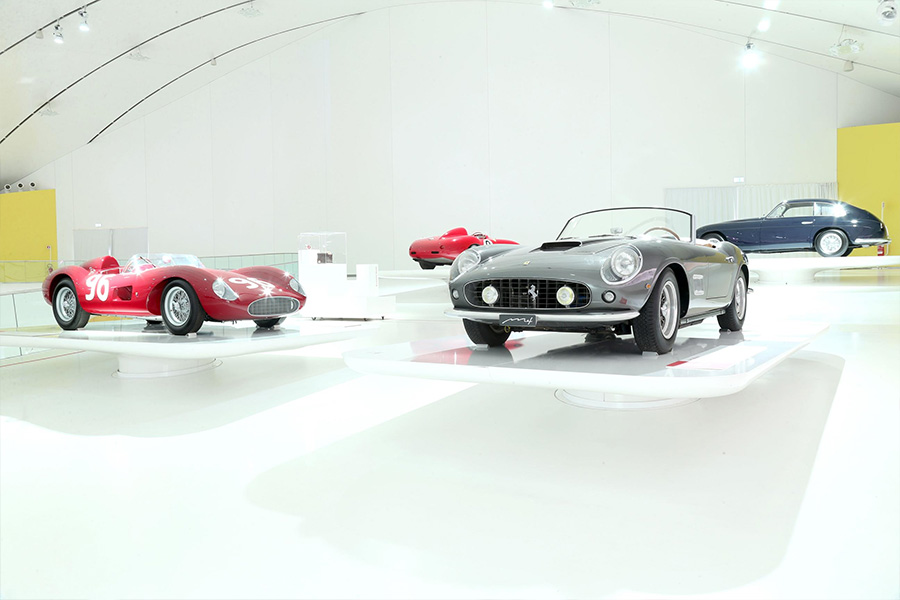 Chaired by famous international design critic, Stephen Bayley, the two speakers discussed some of the creative threads shared by the luxury industry, such as the value of craftsmanship and the increasing importance of personalisation, which lead to the creation of unique and bespoke products. 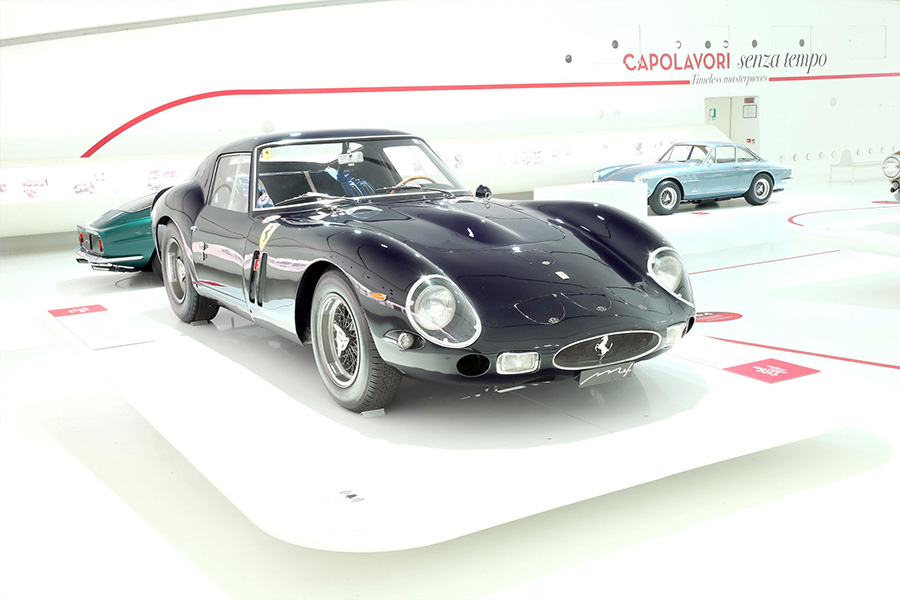 The “timeless” concept was chosen as the starting point for the debate – a fundamental element in the design of a Ferrari and common to all the most eloquent designs. The necessity of creating an enduring masterpiece has been universally recognised by the Prancing Horse’s designers over the years, and they have consistently succeeded in overcoming the limits imposed by their respective eras to create objects of eternal beauty, which outlasts changing fashions and evolving tastes. 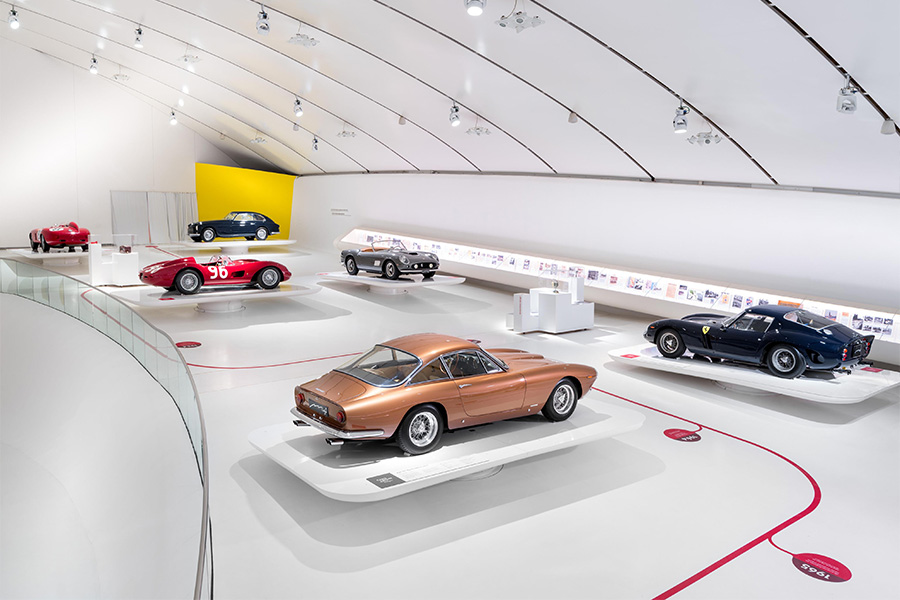 Ferrari is an example of amazing creative freedom: in some instances, the marque has chosen to draw inspiration from the design trends that dominate a certain historical era, while in others, Ferrari has chosen to do precisely the opposite, ignoring these to forge its own path. 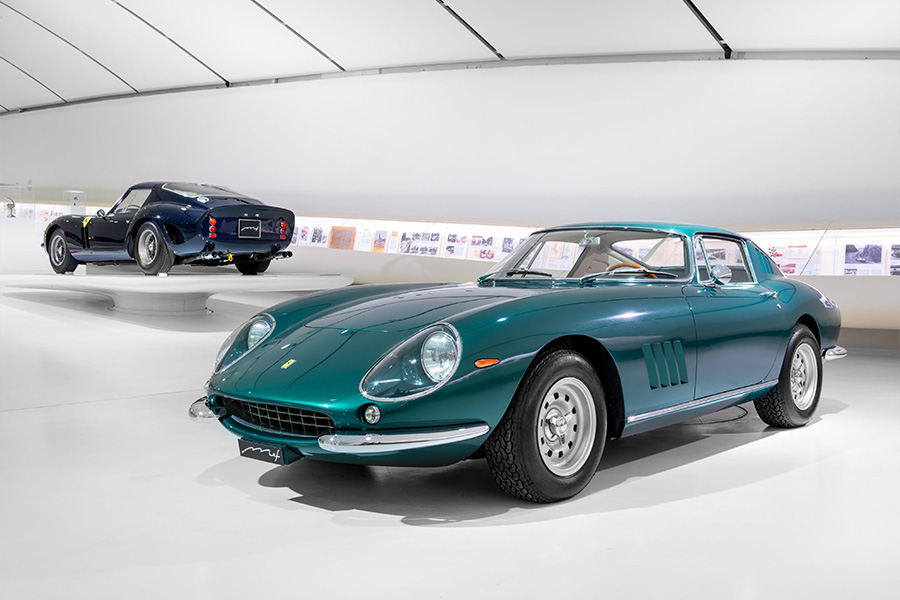 By underscoring “extraordinary”, “rare” and “exclusive” aspects, which are unique to the luxury industry, the result has consistently been a precious and timeless design – whether applied to an exclusive car or to high end jewellery. 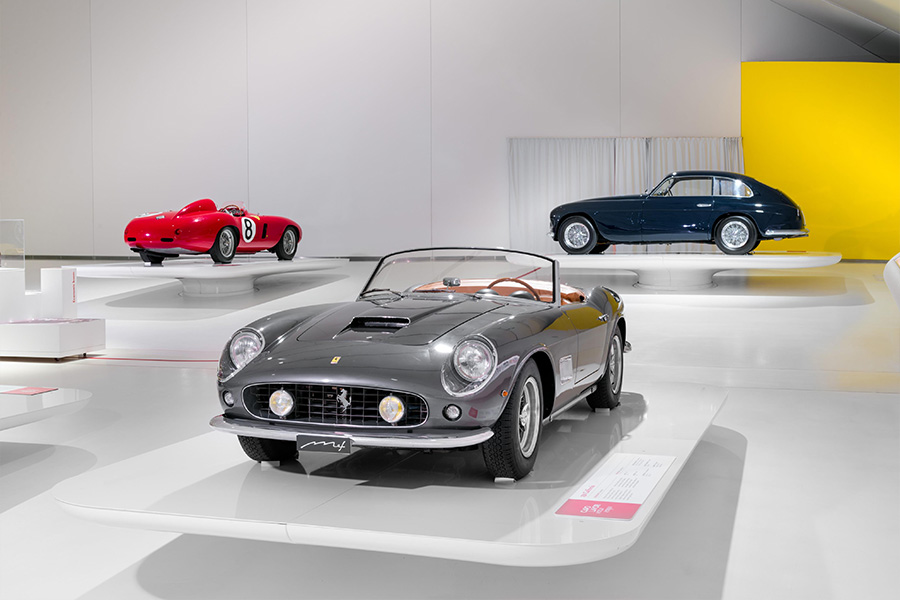 With these ingredients, an object is transformed into an expression of collective desire, allowing the public to appreciate meaningful shapes and to understand the beauty of proportions and details. Indeed, through these elements, a visual language is created. 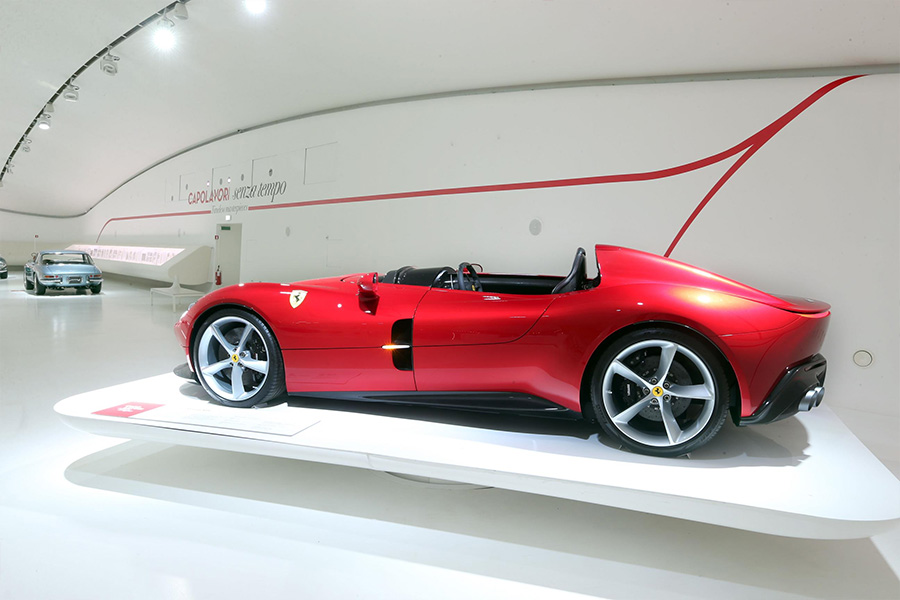 Ferrari’s design language represents a delicate balance between the aesthetic principles of absolute beauty and a rigorous quest for maximum function, devoid of decoration for decoration’s sake. Ferrari’s cars constitute part of the priceless heritage of forms that are symbolic of their time, and the continuous reinterpretation of these, curated by Flavio Manzoni and his team of designers with astounding innovation, succeeds in avoiding the nostalgic repetition of things past. 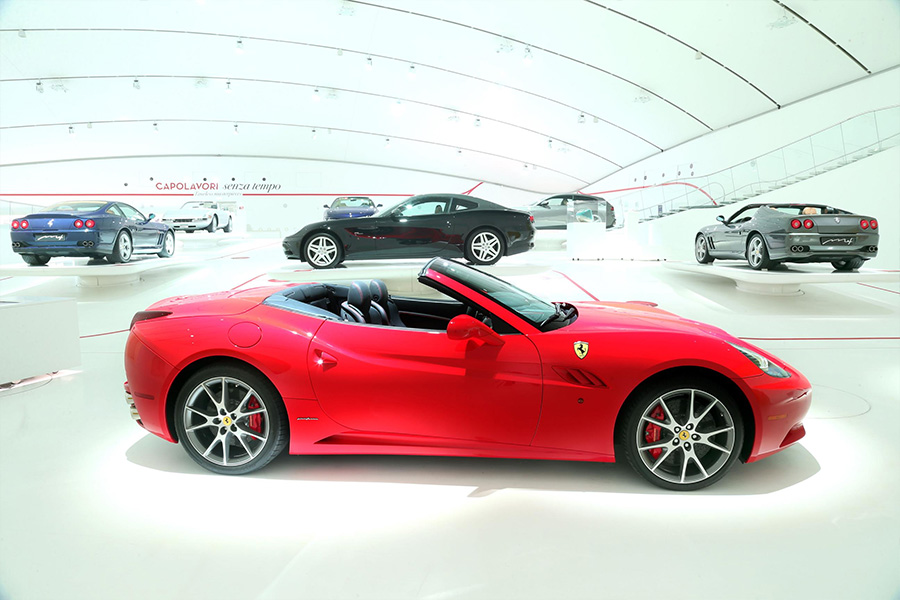 The models on display at the exhibition serve to confirm this, and among them are some of the most famous models in automotive history. The 166 Inter from 1948 and the 750 Monza from 1954, for example, are captivating symbols of the post-war boom, while the luxurious 1957 250 California represents the ultimate grand tourer. The series continues with an ultra-rare 250 GTO from 1962, one of the most vied-for classic racing cars among collectors, and the 365 GTS4 from 1969. Moving on to more recent times, the Ferrari California from 2008 and the GTC4Lusso from 2016 are paragons of class and style, and serve as an example of two GT cars that combine versatility and superb performance with design excellence. This incredible line-up is brought to a close by the Ferrari Monza SP1, an innovative reinterpretation of the open-top “barchetta” racing cars that made Ferrari famous in the fifties and sixties. 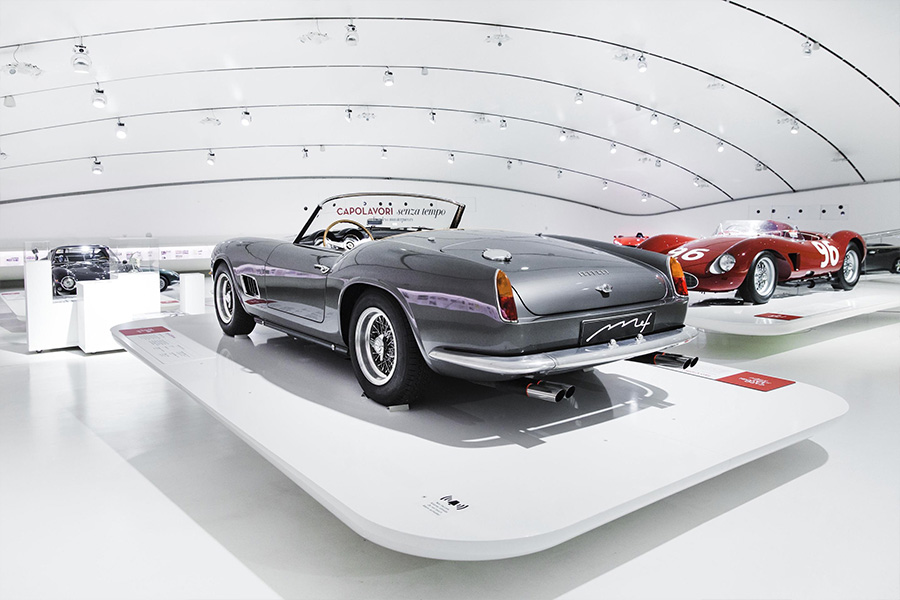 Unveiled last year, it is the forerunner to the “Icona”, the new concept for a limited edition series of cars inspired by the most evocative models in the history of Ferrari. 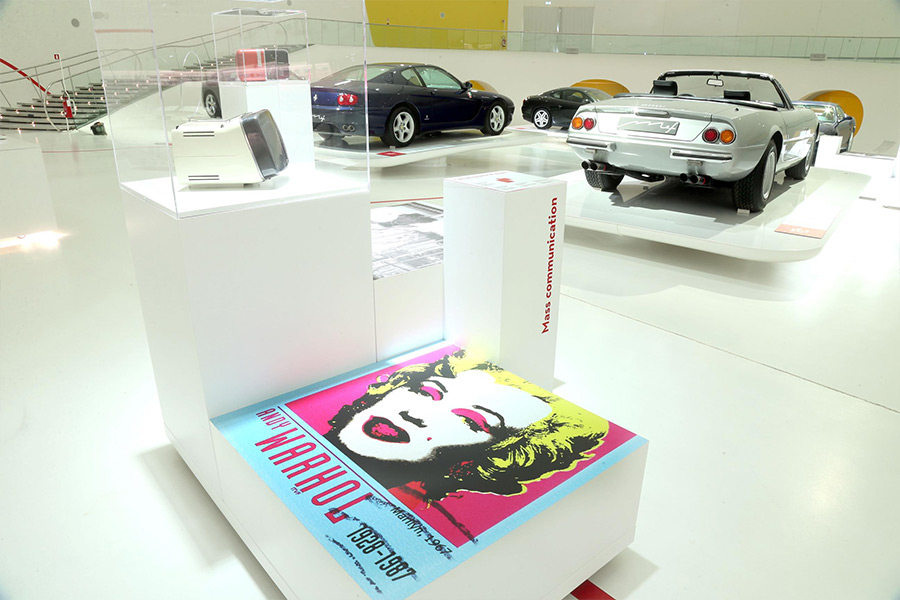 These GT and sports cars share one key characteristic – namely the fundamental contribution they have made to the evolution not only of Ferrari’s design and the automotive sector as a whole, but also to the aesthetic “vision” of their respective eras. 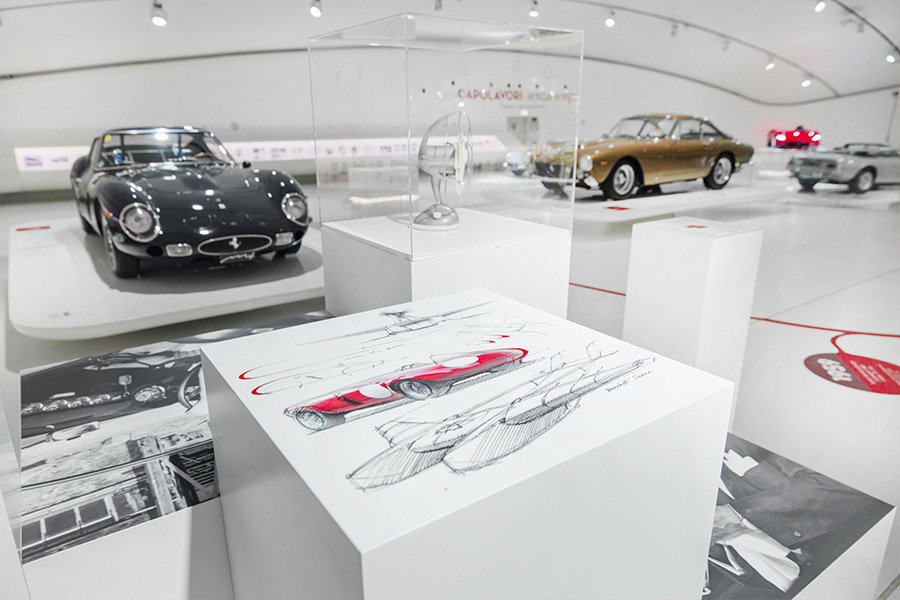 For this reason, the cars are displayed in context alongside other “masterpieces” from a range of different sectors, from furniture to electronics. An interplay of cross-references and mutual influences – with images of artistic and architectural works and icons of music and cinema – reveal unexpected associations and unprecedented combinations with the Ferraris from the various eras. An invitation to view car design from a different perspective – as an expression of some of the biggest creative movements in history.