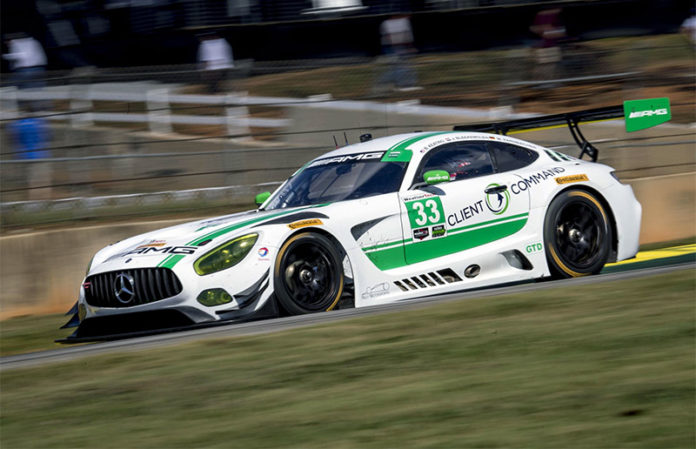 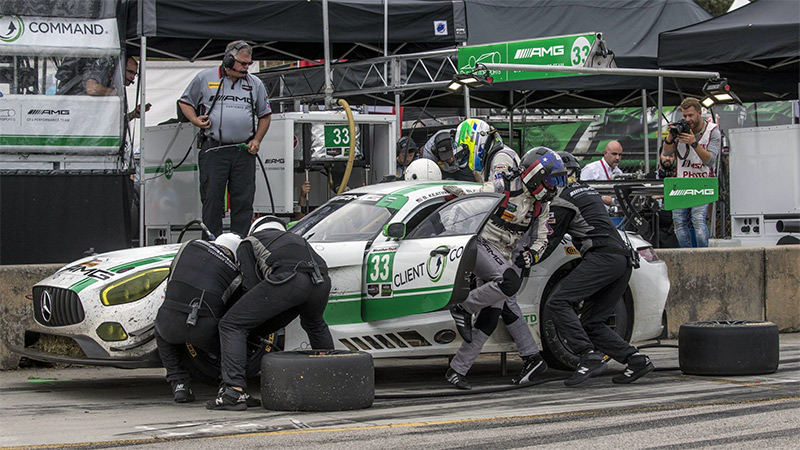 The No. 33 team moved to the lead for the first time in the opening 20 minutes of the Petit Le Mans finale and rarely ran out of the top-five throughout the 10-hour race. Keating and Bleekemolen each led the race at various points and, along with Farnbacher, the No. 33 co-drivers were the only team other than the top-three finishers to earn a lead-lap GTD finish.

The Tequila Patrón NAEC is a championship within a championship for the four endurance races on the overall 12-race IMSA WeatherTech SportsCar Championship schedule. Mercedes-AMG Motorsport Customer Racing teams finished no lower than fourth in each of the season’s NAEC races, led by the No. 33 team’s victory at the 12 Hours of Sebring, third-place finish at the Rolex 24 at Daytona and fourth in the season-ending Petit Le Mans. Mercedes-AMG also earned NAEC points with a fourth-place finish at the Sahlen’s Six Hours of The Glen.

Bleekemolen, who co-drove to two race wins in the No. 33, placed second in the full-season IMSA WeatherTech SportsCar Championship GTD driver championship, as did the No. 33 Mercedes-AMG Team Riley Motorsports team. 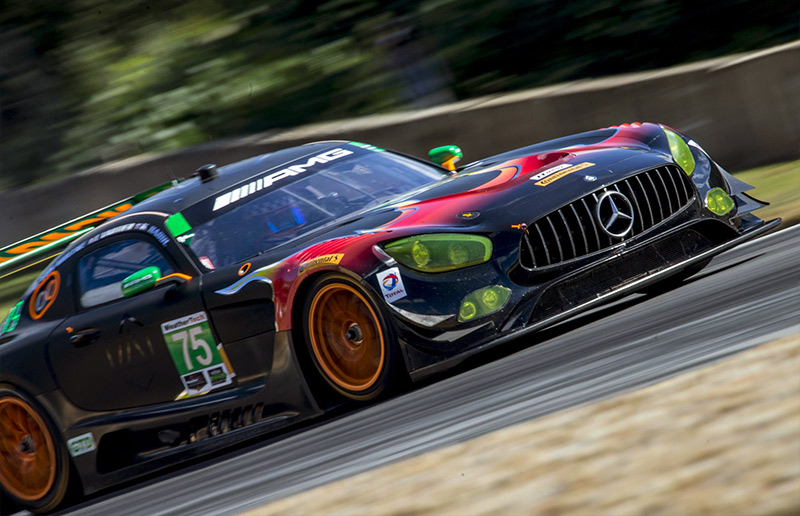 Kenny Habul, Tristan Vautier and Dion von Moltke also competed in the Petit Le Mans season finale, but were forced to retire the No. 75 SunEnergy1 Racing Mercedes-AMG GT3 with a water pump issue before the halfway mark.

Despite the early exit, the No. 75 was one of the most popular entries in the Road Atlanta race, competing with a special livery designed by Linkin Park specifically for Petit Le Mans. A collaboration between the iconic rock band and Mercedes-AMG, the eye-catching livery captures the unbridled enthusiasm Linkin Park’s late singer Chester Bennington had for fast cars and stunning design.

Linkin Park members Mike Shinoda and Joe Hahn attended Petit Le Mas as guests of Mercedes-AMG and SunEnergy1 Racing and came to the race to honor their friend and bandmate, Chester. Both Shinoda and Hahn expressed their thanks to the Mercedes-AMG family for both the Petit Le Mans experience and the continued support for the upcoming Celebration of Life show at the Hollywood Bowl, October 27, in Los Angeles. 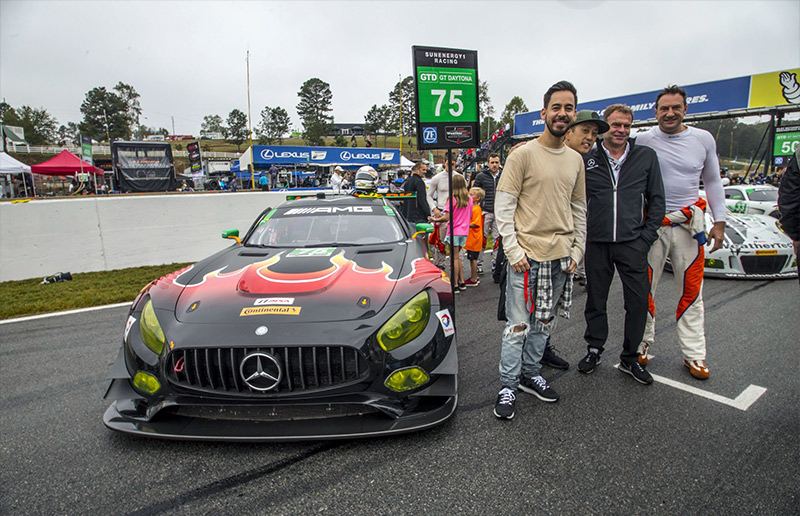 Mercedes-AMG, Mercedes-AMG Team Riley Motorsports and its drivers will accept their championship awards Monday night at the WeatherTech Night of Champions celebration at the Chateau Élan Winery and Resort in Braselton, Georgia.

Ben Keating, Driver – No. 33 Mercedes-AMG Team Riley Motorsports Mercedes-AMG GT3: “I would say not only did we do the best we could with the Mercedes-AMG GT3 that we had, we did better than I could have possibly imagined with the car that we had. There were only four cars in this race that were on the lead lap at the end and we were one of them. We were fourth even with the slowest car within the current rules, but clean racing, great pit work and strategy kept the car in the race and kept us on the lead lap. It was an unbelievable finish. I’m thrilled with fourth. We got the maximum result and to win the NAEC was just unbelievable. I’m excited that we were able to help Mercedes-AMG win the NAEC, not only the driver championship but the team and manufacturer championships too. It’s a big deal and a tough championship to win. Plus, I think it’s the coolest trophy that exists in racing. I may be more excited about that trophy than anything else I’ve ever won.”

Kenny Habul – No. 75 SunEnergy1 Racing Mercedes-AMG GT3: “Overall we’re happy. It was the first year for us, obviously a steep learning curve, a lot of drama, but I want to thank Mercedes-AMG for the help. At the end of the day we got a pole at Sebring and two podium finishes, so I’m thankful for that. We just couldn’t do anything here within the current rules, but I’m happy for a fun season and excited to do better next year. The Linkin Park livery was really nice to do, and we’re happy to do that for Chester’s memory, his family and all of his fans. The band was here today, it was a lot of fun to be with them, I’m glad they came, and we had a lot of nice support from Linkin Park fans around the world.”

Previous articleMURMUR Ear Protection Presents: Time to Say Farewell – The 2017 Season Finale for IndyCar and World Challenge at Sonoma Raceway
Next articleGrowing the Stable: A Shelby GT350 Convertible is Saved

The Bugatti EB 110 Sport Competizione – Back on the Racetrac...