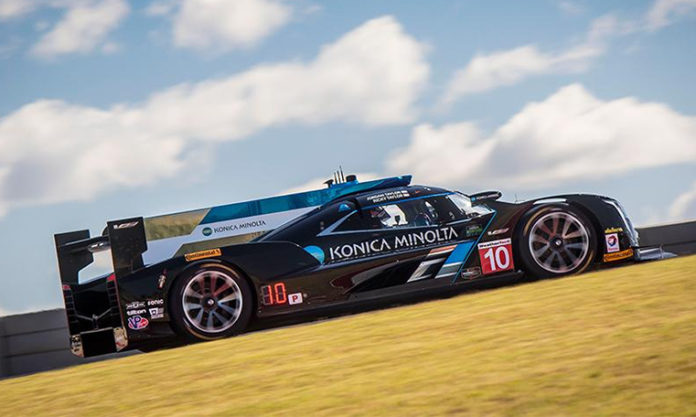 The Konica Minolta Cadillac DPi-V.R duo of brothers Ricky and Jordan Taylor extended their 2017 winning streak to four, leading all 73 laps of Saturday’s Advance Auto Parts Sports Car Showcase at the Circuit of the Americas road course in Austin, Texas.

Elder brother Ricky Taylor started from the pole for the second consecutive race and kept the sleek, black Konica Minolta Cadillac DPi-V.R in front through his double fuel-and-tire stint, which included a pair of restarts after incidents on-track. He led by as much as 10 seconds or more throughout his hour and 48 minutes in the cockpit. 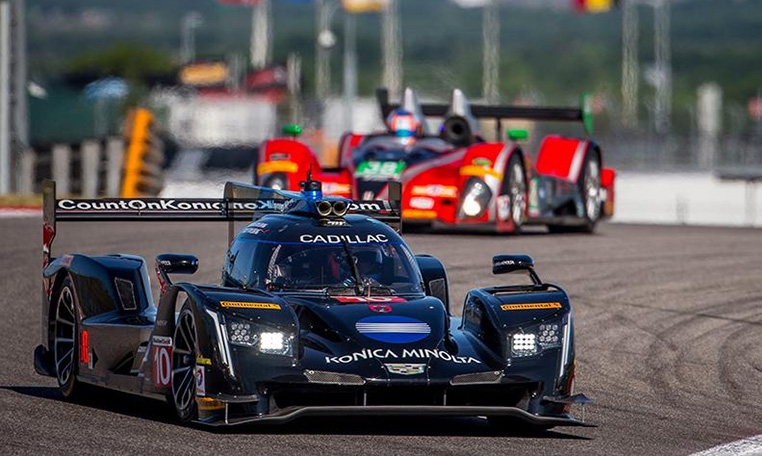 “I think the guys are really getting to know this Cadillac DPi-V.R,” he said. “It was slippery running out there, a lot of pick-up on the tire. With the yellows, when they reset the field, it made the first few laps on restarts tricky. But we were in clean air, so that helped. All of the knowledge from running here over the years and how the track changes from qualifying to the race helped us. To finish with such a strong racecar is great. We have won four straight. I really can’t figure out if we have an edge. We have taken advantage of the preseason testing with all of the partners that built the car. We have really gotten to know the new Continental tire, as well, which is a key. All the partners have worked together to develop a great racecar.”

Jordan Taylor took over with 52 minutes left in the two-hour, 40-minute race and was able to managed the race from the front, keeping the car in the lead through the final round of short fuel-only stops with less than 30 minutes to go and weathering a late-race restart with nine minutes remaining. 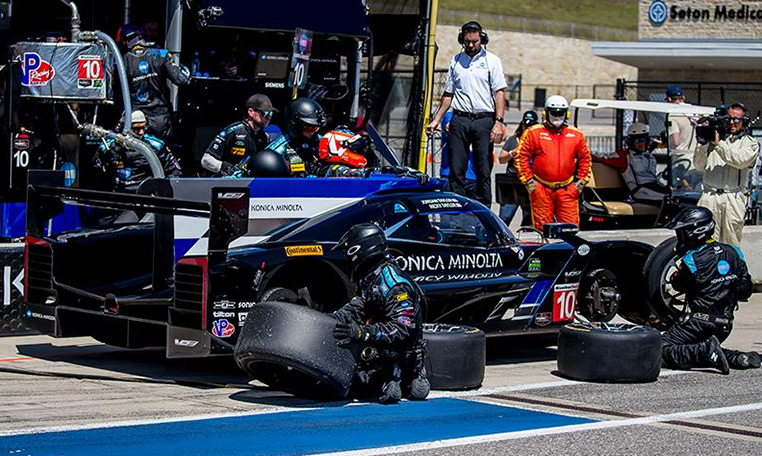 “Qualifying was unique with how big our gap was,” he said. “We put a qualifying setup on the car, which is why we had such an advantage on the timing screen. When the race went green, Ricky was in clean air and ran great laps. When I got in, I had the advantage of having a good car that was set up great. Our team won here last year and we were second two years ago. We have always had a good car here at COTA. We stretched our last stop, which helped to extend our gap at the end. That was a critical moment.”

The four-race winning streak to start the season was the first in the brief history of the IMSA WeatherTech Championship Series, which began in 2014. It also was the longest winning streak in major North American sportscar competition since Klaus Graf and Lucas Luhr won eight consecutive races during the 2013 American Le Mans Series season. 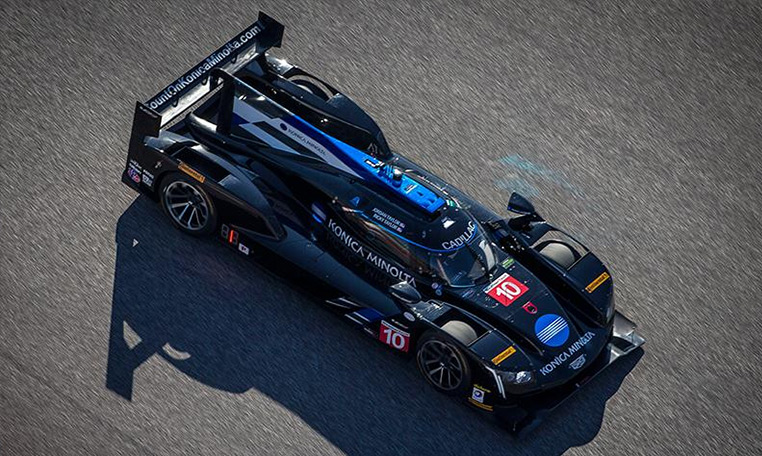 It was the 18th career major North American sportscar win for both Taylor brothers – a record 11 in the WeatherTech Series to go with seven in the former GRAND-AM Rolex Sports Car Championship. It also opened up their lead atop the champioinship to 22 points over the No. 5 Action Express duo. The Taylor brothers also won this event when it was last held in October 2016.

“I haven’t seen anything like this,” team owner Wayne Taylor said. “Four wins in a row is unheard of, especially with a brand new car right out of the box. We had some mileage on the car, but not as much as you would like on a totally new package. Prior to start of the (Rolex) 24 hour, we never finished one practice session without a small glitch of some kind, including the day of the race. What a tribute to this Konica Minolta team. Ricky and Jordan are just in a new world behind the wheel of this Cadillac. They have risen to an incredible place. When I was young in my career, an engineer told to me the quickest way to find a second in the car is to hire the right driver. I think this weekend people will recognize that we have a great driver lineup. I am happy for Konica Minolta, everyone at GM and Cadillac and all of the partners who built his great car. We have received great support and it has been an incredible year, so far.”

Round five of the 2017 IMSA WeatherTech SportsCar Championship schedule is the Chevrolet Sports Car Classic on Saturday, June 3, on the Streets of Belle Isle circuit in downtown Detroit, where Ricky and Jordan Taylor are the defending event winners and the team has won three of the last four years. The one-hour, 40-minute race will be broadcast live by FS2 beginning at 12:30 p.m. EDT.

Cadillac CT4-V Blackwing and CT5-V Blackwing, Two of the Most Powerful Cadillacs...