Tag Heuer Celebrates a Relationship Between its Watches and Motorsports 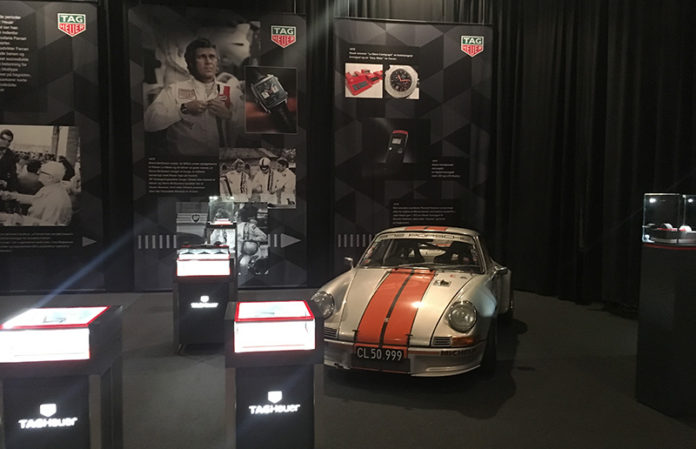 For the first time ever in Denmark, TAG Heuer hosted an historic exhibition open to the public.

TAG Heuer CEO Jean-Claude Biver was attending the opening of the exhibition, where he did a Q&A with journalist Kristian Haagen and local Autavia collector Peter Møller.
The exhibition consisted of unique historic pieces on loan from the TAG Heuer museum in Switzerland and local private collectors. 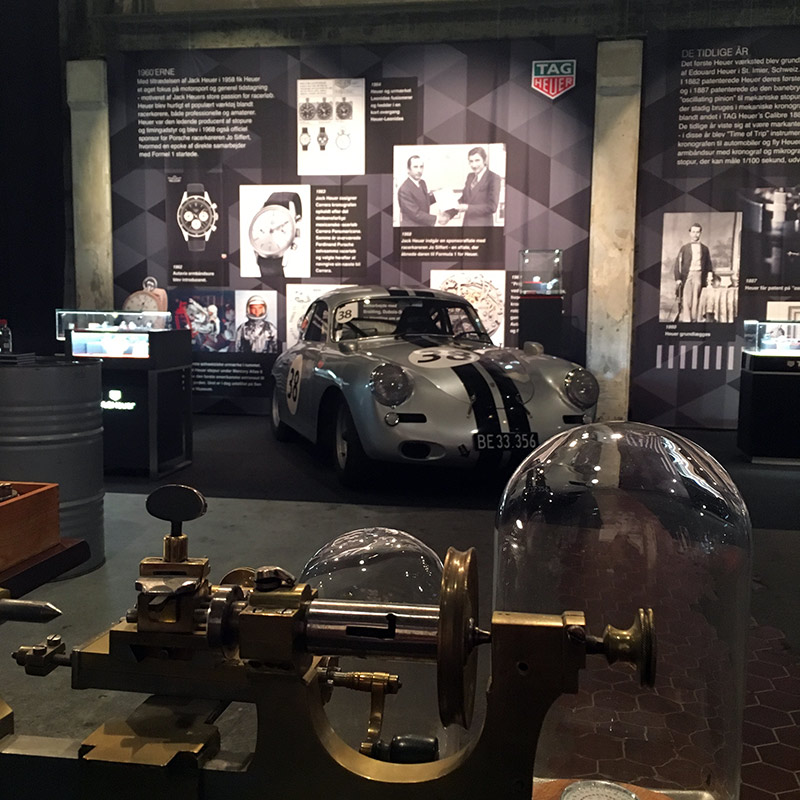 The exhibition was separated into 5 areas, covering the history of, the early days, the 1960’s, the 1970’s, 1980’s and now. The early days were focused on the development of dashboard instruments and other timing equipment. The 1960’s, the decade of Jack Heuer and Heuer’s the first steps into Formula 1 racing followed by the 1970’s a period where Heuer dominated the racing scene and set new standards for time measurements. Among these rare pieces was TAG Heuer S/EI chosen and worn by racing legend Ayrton Senna and an Autavia 1163 high beat prototype. 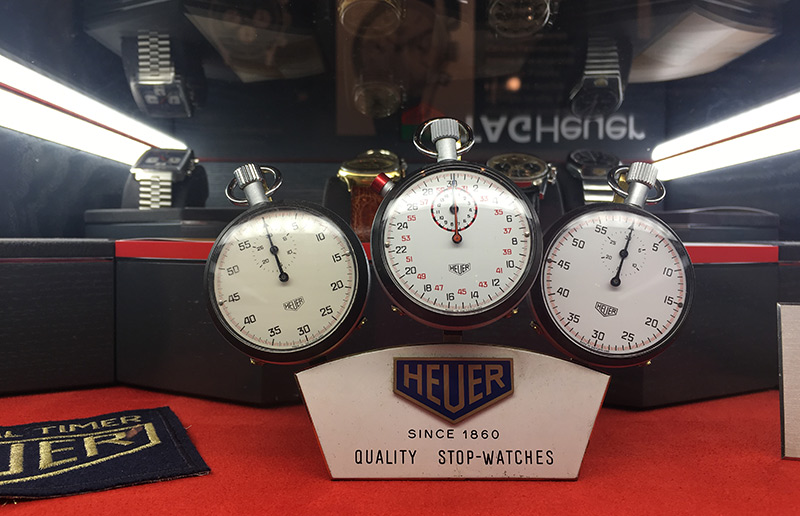 Representing the modern era and collaboration with Red Bull Racing a selection of Carrera, Monaco and Formula 1 models from the current TAG Heuer watch collection will be on display together with a replica of the RB13 Formula 1 racer currently driven by the Red Bull Racing team. Guest will have the possibility to test their reflexes and response time on A BATAK and taking over the race seat from Max Verstappen and Daniel Ricciardo testing their own skills. 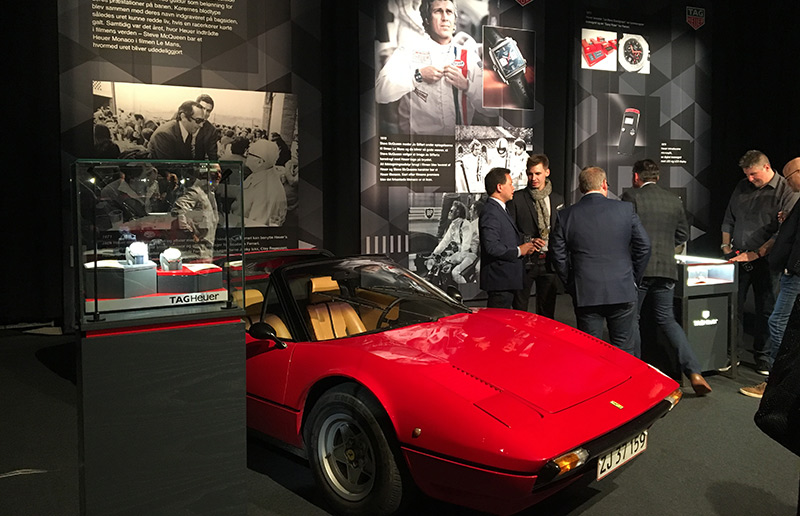 The local TAG Heuer aftersales expert was present during the exhibition ready to answer questions and give advice on maintenance of watches and other aftersales related topics.