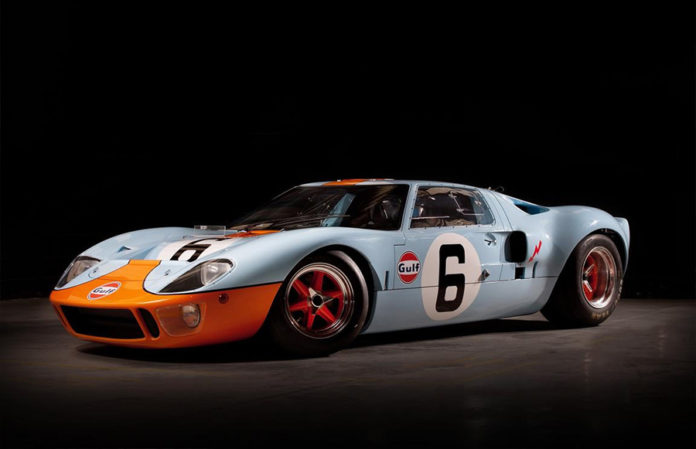 It was 50 years ago this year that the works Gulf Ford GT40 P/1075 took the chequered flag in the Le Mans 24 Hour race for the second consecutive year. It had already recorded championship wins at Brands Hatch, Spa, Watkins Glen and Sebring, making it the most successful, and valuable, of all c.132 GT40s made, and one of the most desirable sports racing cars of all time. In celebration of these unrivalled achievements, Superformance, Safir GT40 and Gulf have teamed up to create a short run of toolroom copies and tribute editions of the car, each of which will come complete with: GT40 P/1000 Series chassis number, limited edition Gulf GT40 guitar, and a plaque listing 25 of the employees that were key to P/1075’s unmatched success. Examples of both versions of the car are now available to order from the official UK importer, Le Mans Coupes Ltd, but time is of the essence, as only 50 will be produced all told – once they’re gone, they’re gone! 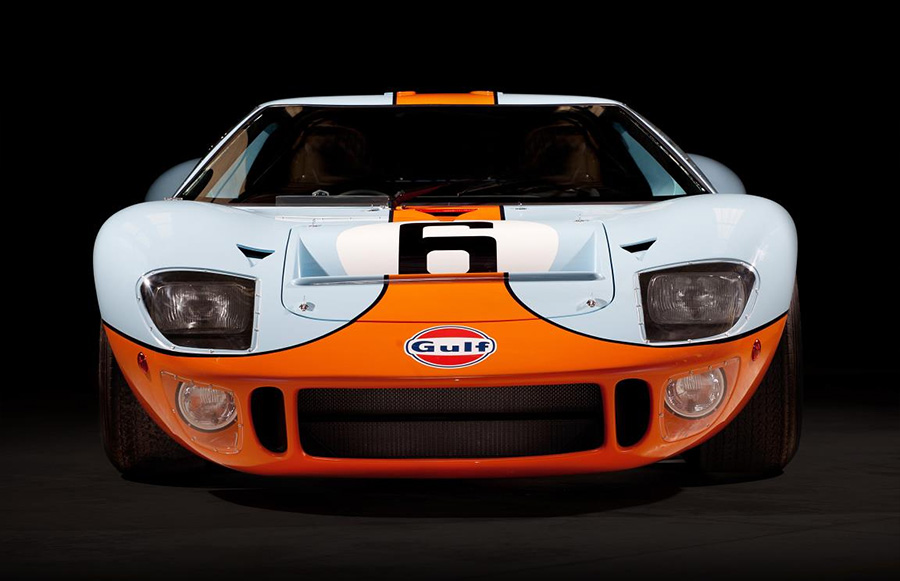 These have the wide body and wheels plus the iconic Gulf livery of the immortal P/1075, and are outwardly indistinguishable from the real thing. They come with the choice of Roush-built Ford V8 engines from 5.0 litres (302ci) to 7.0 litres (427ci), and the option of Quaife RFQ or ZF RBT transaxle. The full road-going specification is inclusive of air-conditioning and prices start at £185,000 including VAT. 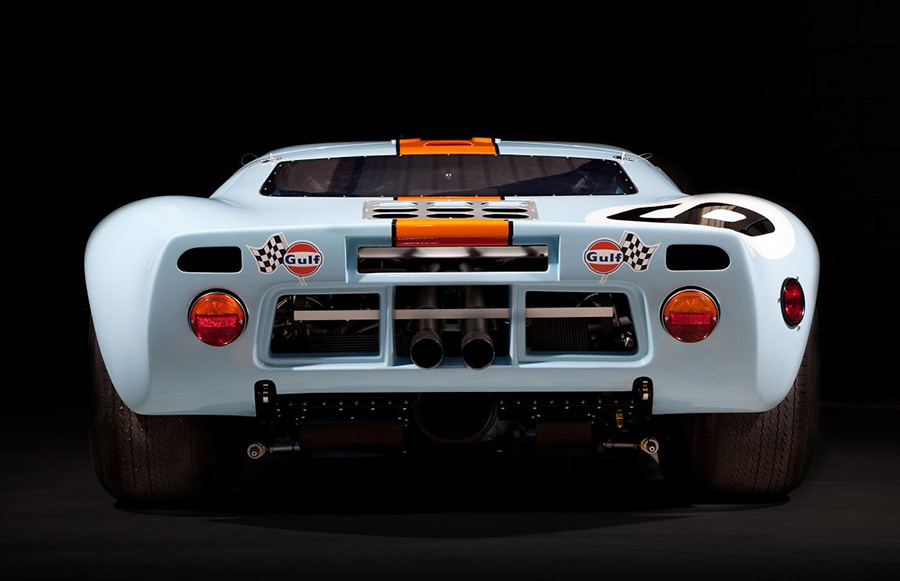 As a result of full access to the original car, these breathtaking Superformance versions of P/1075 perfectly replicate it both aesthetically and mechanically. They can be specified for general track day use or complete with HTP FIA-approval, making them eligible for historic racing. Prices start at £280,000 including VAT. 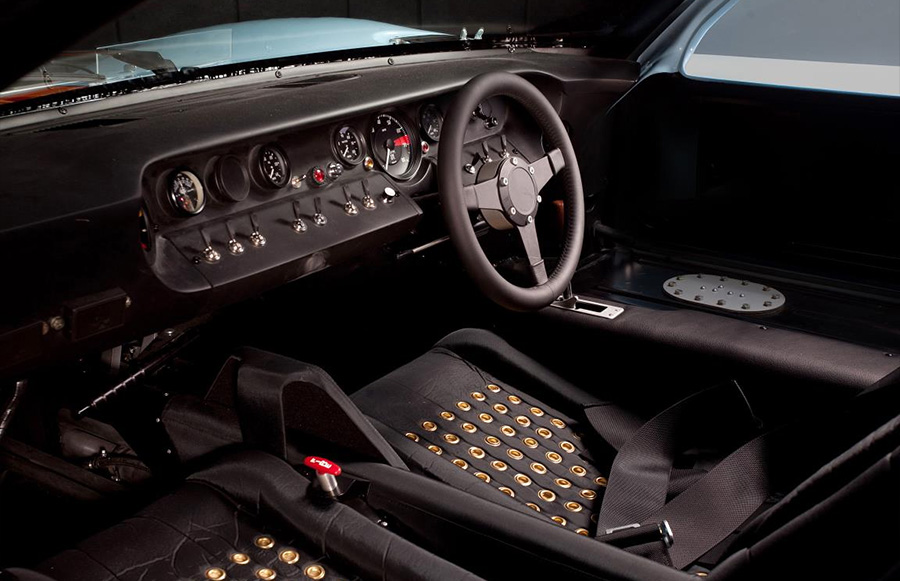 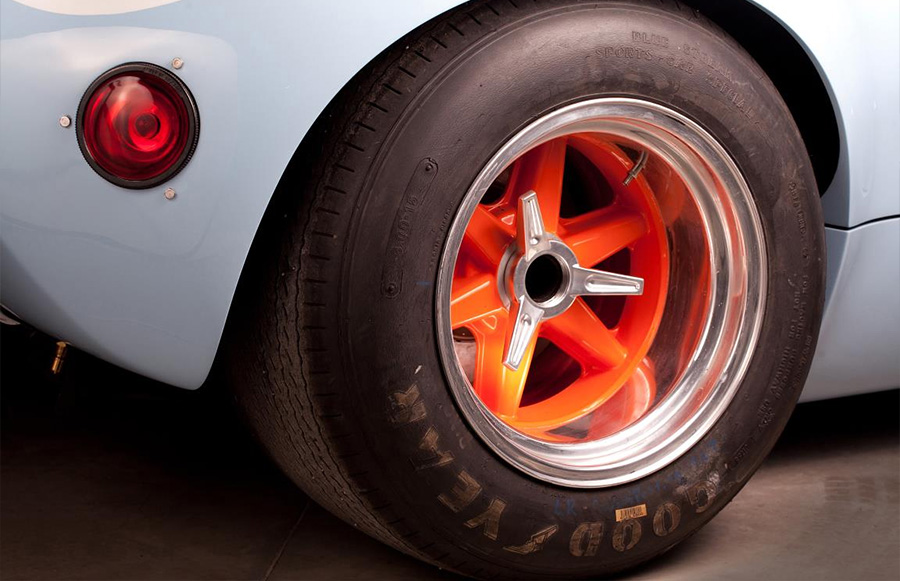 For the first time, Superformance is now also offering HTP FIA-eligible toolroom copies of the pre-‘66 MKI GT40 race cars, prices for which start at £250,000.

Said Le Mans Coupes Ltd’s Managing Director Oliver Hulme: “We’ve had a chance to make our own comparison of the fabulous P/1075 continuation cars with the genuine article, which featured in the recent Goodwood Festival of Speed event, and are very excited by what we are able to offer. Only one person can own the original and that’s unlikely to come to market anytime soon, and will be way beyond the pocket of 99.9 percent of enthusiasts if and when it does. Under the circumstances these limited- edition Superformance recreations have to be a serious consideration and amazing value for money. With the much vaunted ‘Ford V Ferrari’ film due out in November, interest in GT40s is the highest it’s been for years, and climbing.”

Great Cars Series No. 11: the Story of the Double Le Mans-Winning Ford GT40