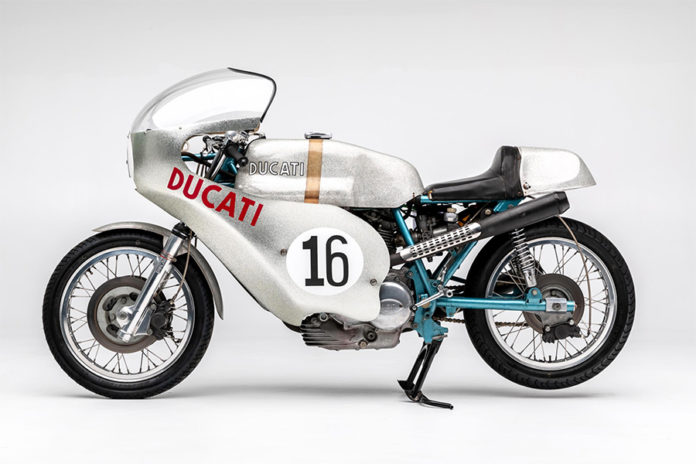 On Thursday, January 16, 2020, the Petersen Automotive Museum officially debuted a new exhibit titled “Silver Shotgun: Italian Motorcycle Design of the 1960s and 1970s.” The display, named after the distinctive metal-flake paint used on certain Ducatis in 1971, presents 20 Italian motorcycles and two exceptional cars that exemplify styling changes in this era, concurrent changes in industrial design and complementary graphics and film.

“’Silver Shotgun’ explores the relationship between progressive Italian motorcycle design and industrial design, during an era when both industries were concurrently exploding with color, energy and vigor,” said Petersen Automotive Museum Executive Director Terry L. Karges. “When guests walk through the rows of bikes, they will get a sense of the cultural revolutions that were taking place during the 1960s and ‘70s that in turn inspired freedom of design across multiple industries.”

Fabio Quartararo is Fast on the Playstation but is Faster in...