World Premiere of Sculpture by Gina Lollobrigida and Horacio Pagani 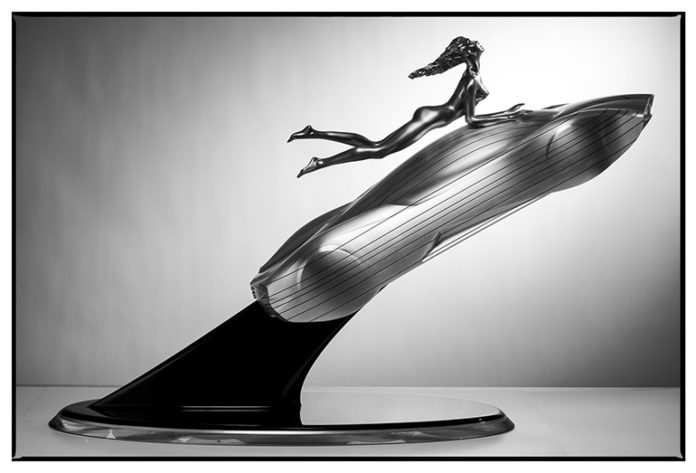 Rome and the world celebrate and pay homage to Gina Lollobrigida, icon of beauty, cinema and art recognized and loved all over the world. On the occasion of the Diva’s birthday, Via dei Condotti in Rome will be closed to the public to allow guests to walk the red carpet leading to Palazzo Torlonia, where the exclusive dinner will be held with about 160 guests. During the evening, in a world-wide premiere, a four-handed sculpture by Gina Lollobrigida and Horacio Pagani will be presented.

Gina Lollobrigida, is known to the world as an international film actress, but more than that she is a photographer and a sculptor. Since 1959, in fact, the diva combines the profession of actress with the passion for photography. In 1973, her first job, Italia Mia, received the “Nadar” award as the best photographic book of the year, with more than 300,000 copies sold in the world. During her life, Gina traveled a lot, touching the most diverse landscapes, countries and cultures, going to document the many facets of the human soul of the 900’s. From the South of the World to the rich West, from the most remote corners of Asia to the most powerful of the planet, Gina Lollobrigida turns out to be a photographer of souls, more than of uniforms; preferring the simplicity of the weak, seeking the greatness within poverty, the lively eyes of the afflicted. 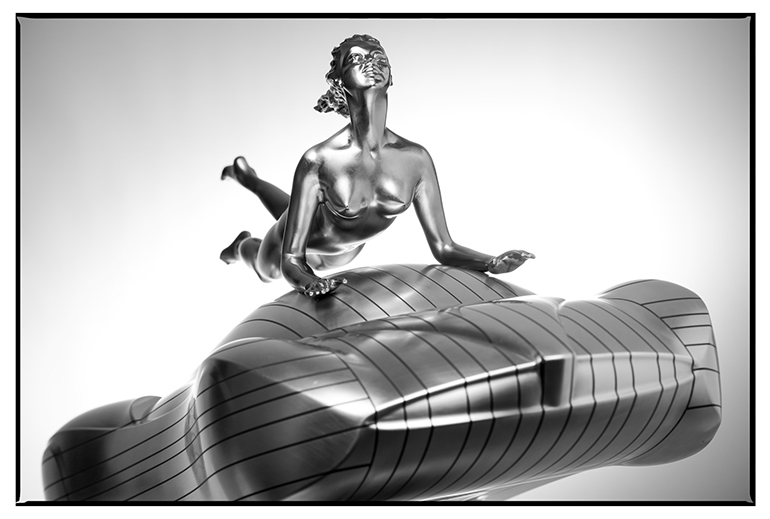 Gina Lollobrigida composed and published six books of photography, three books of sculpture and filmed three documentaries: one on Fidel Castro, one on Indira Gandhi and one on the Philippines in 35mm. In 1980 her photos were exhibited at the Musèe Carnavalet which earned her the “Gold Medal of Paris”. Le Monde wrote: “Gina Lollobrigida has the eye of a Cartier-Bresson, she is talented, full of energy and the photos have such a shocking strength. She’s really a great artist.” The art critic Philippe Daverio called her a “crazy genius”, spending words of great artistic significance: “The geniuses face every challenge with some sort of renewed talent every time and this is the case with Gina Lollobrigida,” and still “Gina tells me that looking at other people, observing and discovering the world, is almost nicer than reading a book. Not for all. Only for those who can look to really see”. And she has seen a human world, has collected a vast library, a concert of expressions, languages, eyes, faces, people and souls always different; always portrayed with kindness, sympathy, humility and simplicity, but with great emotional impact for those who still can “look to see”.

The transition between photography and sculpture goes through an intermediate stage, which is perhaps the highest point of her attitude of “genius”: the photographic manipulation. She transformed the camera into a brush and a chisel, creating absolutely avant-garde photomontages and photo compositions, anticipating 30 years of modern photo processing softwares. “Magic Innocence, my book from 1993, was very complicated, but surprisingly fascinating; to the point that I had to spend whole nights in the darkroom to develop different techniques and tricks to make some sort of hand overlapping of images for each single photo.” 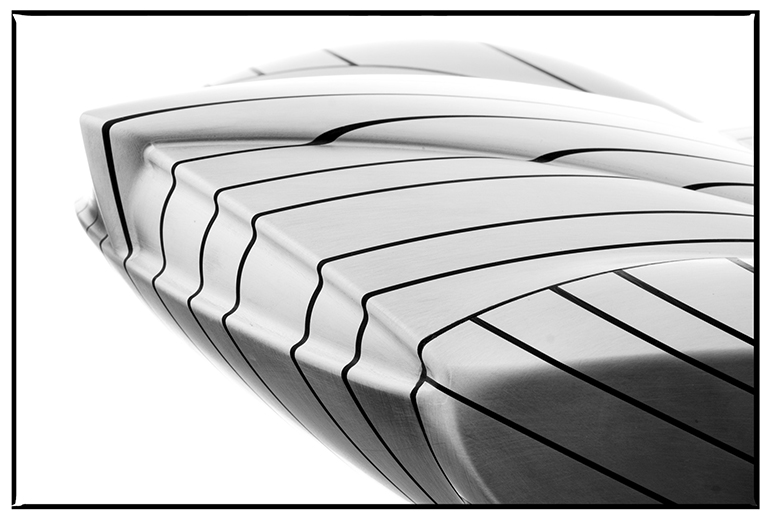 For her artistic work she was awarded many prestigious accolades: the Legion d’Honneur received in 1992 by French President Mitterand, the “Lifetime Achievement Award” in Washington in 2008, exhibiting her works at Pushkin in Moscow in 2003 and Musée de la Monnaie de Paris in 2004, the Venice Opéra in 2003 and the sculpture exhibition at Pietrasanta in 2008; but above all she is recognised as a brilliant, eclectic artist, sophisticated sculptor and gifted photographer. And as Henri Chapier said, “It’s not for the whim of a star that Gina Lollobrigida became a photographer.”

Together with Horacio Pagani, whom she defines as a “complete artist, intelligent but above all, a friend”, they conceived an ethereal sculpture, a clever combination of advanced techniques of construction and materials with the craftsmanship and art typical of those artists who can see the world and reality as representation.

“I told myself: this is amazing! Just her, right to me!” These are Horacio Pagani’s words as he heard the news that Gina Lollobrigida, the world-famous Italian diva, wanted to build a work of art with him. “Creating and working together is something fascinating, a woman and a classy, ??determined, beautiful artist. A real icon. I feel very lucky.” Everything started from a letter that Gina sent to Horacio, telling about her idea, the sculpture she already had in mind.The two began to know more of each other, and to appreciate each other work and creative gifts, both lovers of the beautiful, both profound lovers of visual, graphic art. 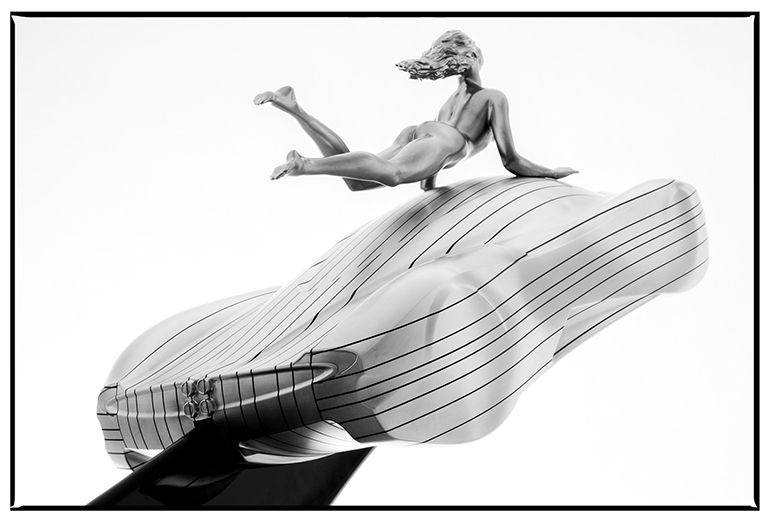 At their first meeting, Gina brings some conceptual sketches of the sculpture. The idea is a complex figure that encloses the very concept of the statue: a representation of Pagani’s style and elegance combined with the sweetness of her sculptures. An object that is the synthesis of that absolute concept hidden in the human soul: flying as the maximum expression of freedom. Getting off the ground to float in the air, in a free, light and delicate dance.

A movement, rather than a static figure then; a motion that goes from the earth to the sky. Like elevating, thus amplifying the very concept of the car, no longer seen as mere means of transport, but rather as an object that allows to stretch out to the sky, which elevates the spirit through the emotions it raises. The same emotions similar to the experience of flying that those who test a Pagani can immediately feel. Horacio himself, when drawing the Huayra, back in 2003, took inspiration from a plane during the take-off phase, and the shape of the Huayra itself evokes the wing of an airplane.

Both Gina and Horacio, great perfectionists, review the idea and split the work: Gina studies the female sculpture and Horacio the car. “We met at Gina’s house in Rome and put together the car model made of synthetic wood with the clay sculpture.” Since the sculpture had to result from a single block, Horacio and Gina work on both the woman and the car to find the right proportions. Then followed a plaster model of the woman and a first aluminum car model, with a glass base to support the two figures. 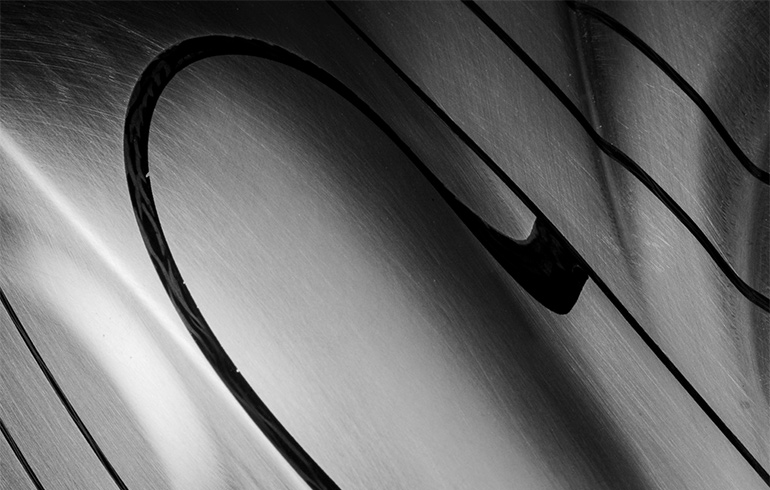 The car is therefore just an outlined Pagani, not necessarily a Zonda and not necessarily a Huayra, but a Pagani, with her typical shapes and curves, especially in the front and back where the essence of the Pagani style appears more visibly.

The female figure, on the other hand, is a beautiful young woman with long hair, who looks like the real Gina Lollobrigida in her youth: a beautiful creature elevating towards the sky. A free and happy woman, full of life.

“The biggest challenge arose when we started discussing about the materials for the final sculpture. It was too easy to make it in marble or bronze. The size was less than a meter and it was clear to both me and Gina that the female figure and the car had to be realized with some sort of innovative technology, unusual for a sculpture.” To turn this sculpture into a jewel, Horacio and Gina had been examining various materials and techniques. “For the woman we have chosen Titanium, a very difficult material to work to achieve the same degree of definition of the plaster model. For the car, an aluminum block would have been too simple, that’s why I thought of building a lot of Avional sheets (aviation aluminum) of different thickness, held together by a layer of carbon, one millimeter thick. This led to a lot of manual work, typical of such a work; everything was then baked in autoclave, as we do for a Pagani.” Horacio continues “to give the sense of ??the flight, we imagined a glass base. For about six months we have studied many solutions, including that of having the glass base built in Murano. But given the size, it was impossible to build it as imagined, so we used tempered glass, aluminum and carbotitanium, a material, this last one, which is a Pagani patent. The foundation itself did not have to be important, but it required considerable work from the point of view of structural research and calculation.” Once the work is complete however, Horacio is not happy with the proportions, so he asks to rebuild the car 10 cm larger.

Gina, on the other hand, works finely on the titanium woman with small tools and small mills, retouching even the slightest detail and studying the ratio of the sculpture with light and of light with the surfaces. “Gina is a woman with a huge talent,” Horacio adds, “she’s great, maybe she is known worldwide just like the Hollywood Diva, but she is actually a great painter, sculptor and photographer.”

The Sculpture will be auctioned and the proceeds will be donated to the Foundation of the biomedical campus in Rome and a charitable foundation in Casilda, Argentina.

A Pagani Huayra Has Joined The Garage! – Mr JWW

A Pagani Huayra has joined the garage! And along with it the launch of an exciting new company - The Production Bunker!
Read more
Feature Videos

This is the journey of flying a Pagani Zonda from Dubai to Italy to meet Horacio Pagani.
Read more
Feature Videos