Romano Artioli Visits Bugatti in Molsheim for the First Time 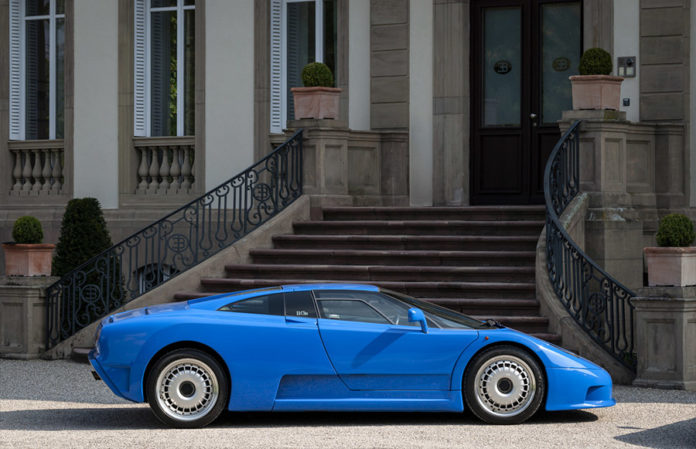 The French hyper sports car manufacturer Bugatti received a very special guest this week: Romano Artioli, the famed automotive entrepreneur who has not lost his passion for hyper sports cars. He came to Molsheim for the very first time in his life to witness the strength of the brand that he had once revived in the late 1980s. At the age of 86, but with the enthusiasm of a young boy, Artioli analyzed the current developments of the automotive world in general and of Bugatti in patricular in talks with Bugatti President Stephan Winkelmann.

“Romano Artioli is living Bugatti history. Thanks to his restless efforts and at his hands our brand was revived in the modern-day era, and it is truly an honor to receive him here in Molsheim”, explained Stephan Winkelmann, President of Bugatti. “It is truly inspiring to see the energy and enthusiasm of Romano, and his unbowed passion for Bugatti.”

After a warm welcome by the Board of Management of Bugatti, Romano Artioli got a tour of the entire Bugatti facility including the Château Saint Jean and the Atelier. He obviously didn’t want to miss out on the opportunity of test driving the Bugatti Chiron. After writing a very emotional message into the Bugatti guest book, Romano Artioli showed to be delighted of his ‘Molsheim Experience’: “Molsheim is a magical place where dreams come true. I’m touched and humbled to have been received here in such a welcoming manner. I feel proud of the acknowledgement of my role in the company’s history, of having contributed my part to such an outstanding and legendary brand like Bugatti.”

In the 1980s, Romano Artioli was a very successful car importer and dealer in Northern Italy, especially for Ferrari and several Japanese brands. His car collection, however, showed a great predilection for Bugatti, a brand featured with many historic models in his garage. So much so that he decided to try and revive the legendary French car brand. Artioli bought the Bugatti trademark in 1987 and became chairman of Bugatti Automobili S.p.A. He build an outstanding production site in Campogalliano where he produced the Bugatti EB110 between 1991 and 1995, before having to close the doors of his factory.

Today, everything is back to how it started. Bugatti came back home to Molsheim in 1998 where it is since working on manufacturing the most outstanding hyper sports cars in the world. Romano Artioli, for his part, is the big Bugatti enthusiast he has always been. At the age of 86, he is far from feeling like retiring from his professional endeavors. “The automotive world is far too exciting. When you come to a unique place like Molsheim and breathe in the pioneering spirit that lies in the air here – how could I retire and miss out on all the exciting, revolutionary developments to come?”, explained Romano Artioli.