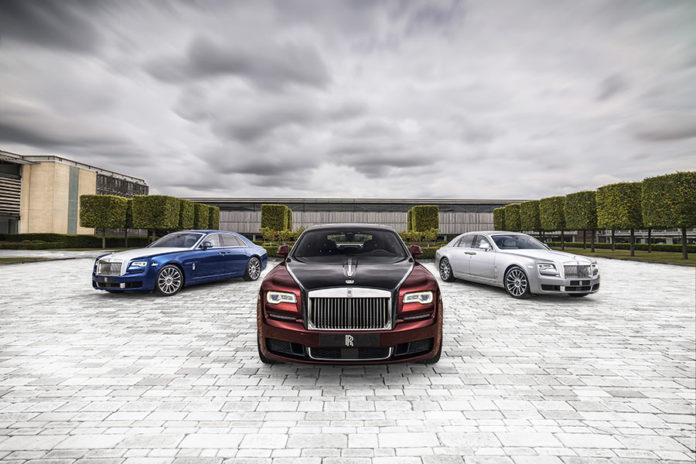 Very rarely, there is a chance for collectors of luxury to obtain an item that is truly at its apex. In the context of Rolls-Royce Motor Cars, these rare moments present themselves approximately once every ten years. Rolls-Royce observes the ultimate craftsmanship and perfection, and when better to do so than when celebrating the success and global adoration that has been lavished on one of the world’s most luxurious motor cars during its life cycle. 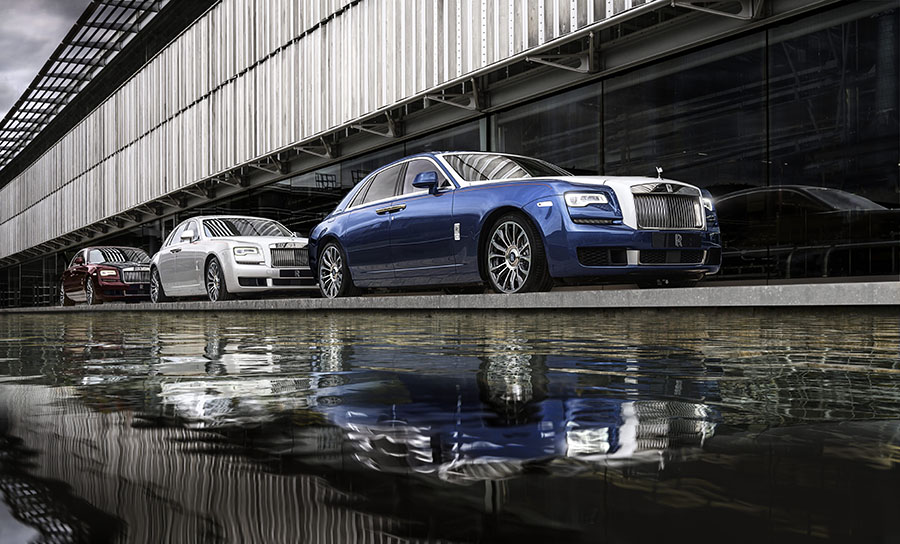 It is in this vein that, as Ghost approaches the end of its remarkable ten year tenure, the marque offers to collectors an extremely limited Zenith Collector’s Edition of Rolls-Royce Ghost. The Collection of just 50 Zeniths will celebrate the timeless elegance of a nameplate that has become the cornerstone of contemporary Rolls-Royce Motor Cars. In true keeping with its name, the Ghost Zenith Collection will feature the highest levels of Bespoke ever seen on a Ghost Collection car.

The only previous occasion on which discerning collectors around the world have been afforded this privilege was when an equally limited number of Phantom VII Zeniths were created in 2016 to celebrate the end of its extraordinarily long and successful reign. These motor cars immediately became highly collectable and sought after, re-setting the bar of luxury and, in doing so, creating a modern legend.

Ghost is a luxury icon that carries with it a rich and extraordinary past. From the Silver Ghost, the motor car that established the moniker of ‘The Best Car in the World’ over 100 years ago, to 200EX, the experimental car that introduced the concept of a contemporary expression of this nameplate at the Geneva Motor Show in 2009, Ghost has offered patrons of the marque a modern, lithe and driver-focused Rolls-Royce. When production of Ghost began in 2009, patrons across the world were drawn to its elegant lines and dynamic offering and it quickly became, and remains to this day, the most successful Rolls-Royce motor car ever to be built, attracting a new group of young entrepreneurs to the marque. Indeed, the reduction in average age of a Rolls-Royce customer to around 43 is in part testament to Ghost’s global success. 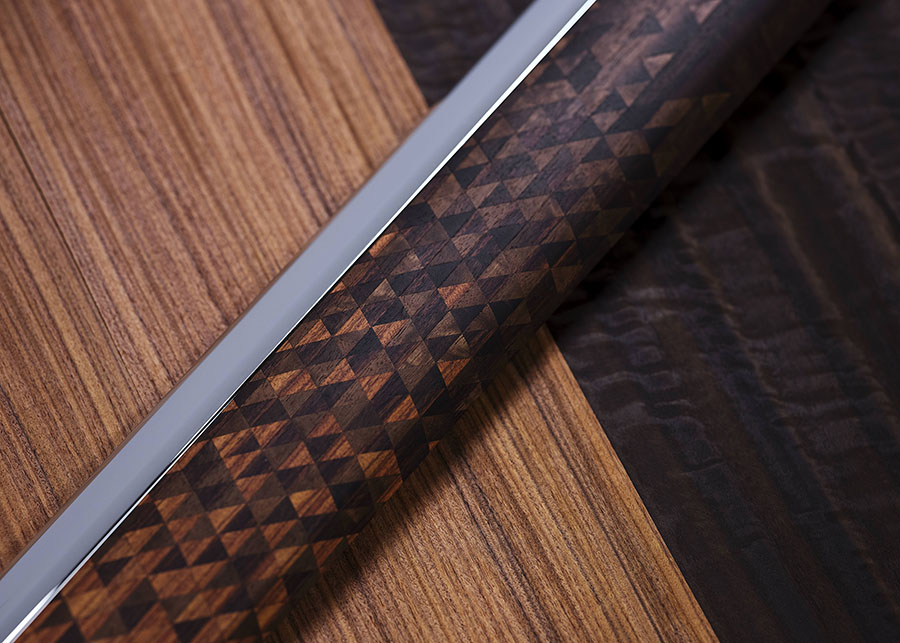 Torsten Müller-Ötvös, Chief Executive Officer, Rolls-Royce Motor Cars, commented, “The Ghost Zenith Collection presents an entirely forward-looking study of the unique characteristics that have seen Ghost ascend to the status of the most progressive super-luxury saloon ever conceived. This unique Collection provides patrons of the marque with a rare opportunity to own a motor car truly evocative of our time. Ghost is the most successful Rolls-Royce ever created and the Zenith Collection marks an important milestone in our modern history.”

When shown at Geneva in 2009, 200EX introduced a concept that was both driver and passenger focused. The Ghost Zenith Collection draws many references from 200EX, with perhaps the most significant being the inclusion of a commemorative ingot, made from the original 200EX Spirit of Ecstasy, melted down and set in to the centre console of each of the 50 Zeniths. Engraved with the three key design lines of Ghost, the plaque details its significant origins. The Collection’s own Spirit of Ecstasy and clock are engraved with the name of this highly anticipated collection.

Furthermore, 200EX is immortalized in a complex engraving on the centre console of Ghost Zenith. A blueprint inspired artwork enlarged to a point of abstraction has been divided into 50 distinct parts, allowing each Ghost Zenith customer their own personal and individual work of art, while at the same time uniting the collection as a group homage to Ghost.

One’s eye is naturally drawn to the interior of the Collection’s doors, owing to the illuminated door pockets. Ambient light emits through perforated leather enhancing the architectural elegance of Ghost’s interior. One will also encounter a complex piece of marquetry, created by the master craftsmen and women in the marque’s legendary woodshop. Available in either wood, Technical fibre or piano finished veneer, the door marquetry transitions from the driver’s suite to passenger suite, emphasizing the dual nature to Ghost. 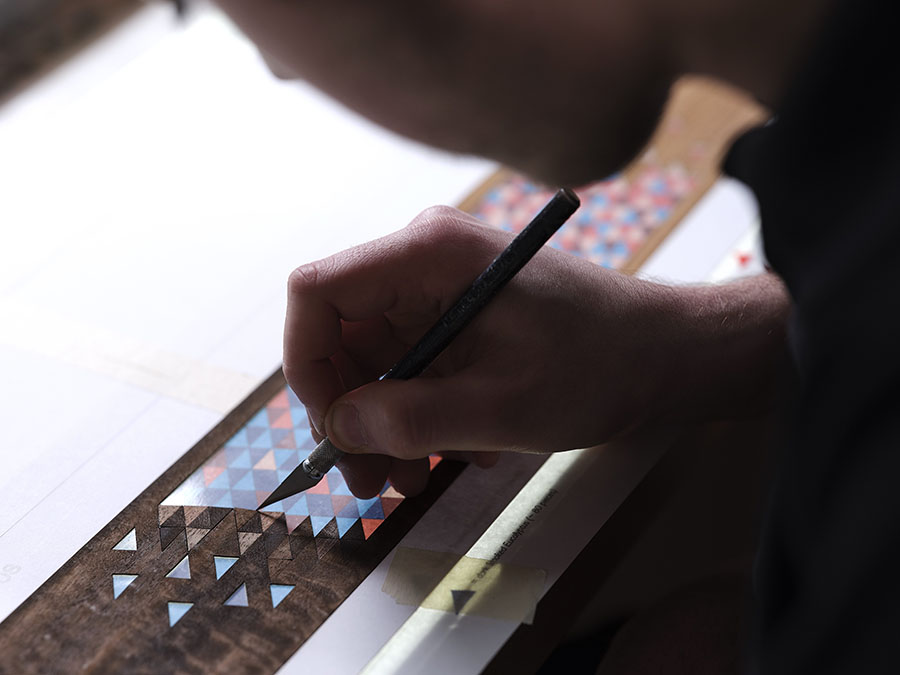 Members of the Bespoke Collective from the Home of Rolls-Royce’s Leathershop too have been perfecting their art. The rear seats feature embroidery that takes its inspiration from the seat details of the original 1907 Silver Ghost. This embroidery elegantly transitions from the rear to the front of the cabin, and in the case of the Extended Wheelbase Zenith, the headliner thrusts purposefully forward into the poised silhouette of the Spirit of Ecstasy. The seats themselves are accentuated in a contrasting leather, accenting Ghost as the ultimate four seat limousine.

Occupants of the Ghost Zenith Standard Wheelbase will experience an extraordinary phenomenon. The famed starlight headliner is presented in a unique Shooting Star configuration. Shooting stars fire at random across the cabin roof, adding an extraordinary sense of theatre. This surprise and delight feature consists of over 1,340 individually mapped and hand-woven fibre optic lights.

Reminiscent of its Phantom counterpart, The Ghost Zenith Collection’s exterior styling takes on a new interpretation of its own ­­– a special two-tone application with a gloss-contrast paint finish. Patrons may select three different colour-ways, Iguazu Blue with Andalusian White, Premiere Silver with Arctic White or a daring Bohemian Red with Black Diamond, with multiple variants available highlighting the flexibility of the model. The Silver Satin bonnet was first seen on 200EX. 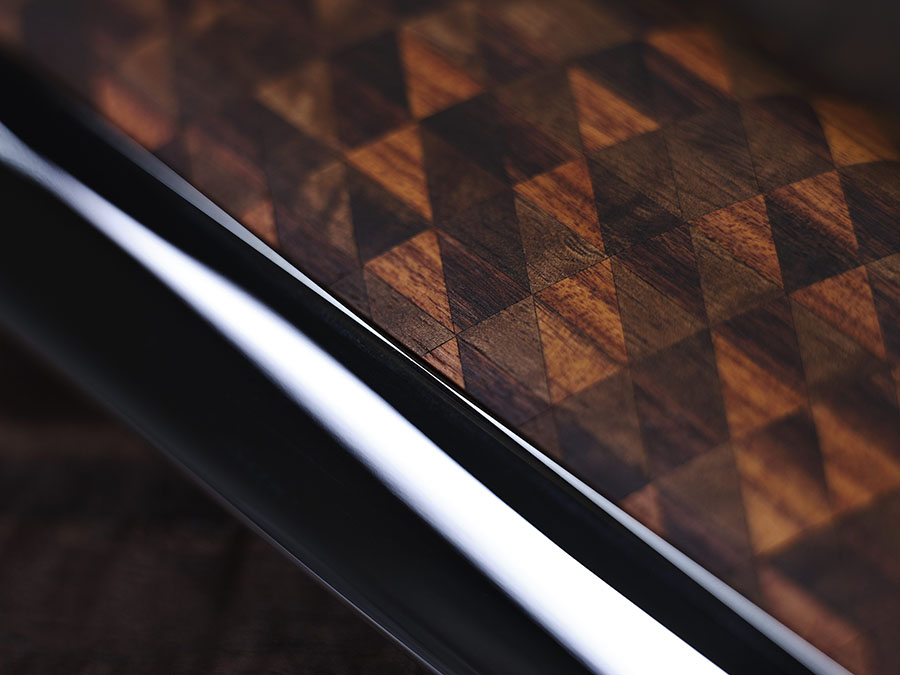 These extraordinary motor cars, which represent the final opportunity to acquire this landmark, transformative luxury product, are currently being hand-crafted at The Home of Rolls-Royce in Goodwood, West Sussex, an establishment recognised as the world’s premiere Global Centre of Luxury Manufacturing Excellence. The order books for this seminal Collection will close imminently.

Whispers community can search for fellow members by name, location and even by car collection
Read more