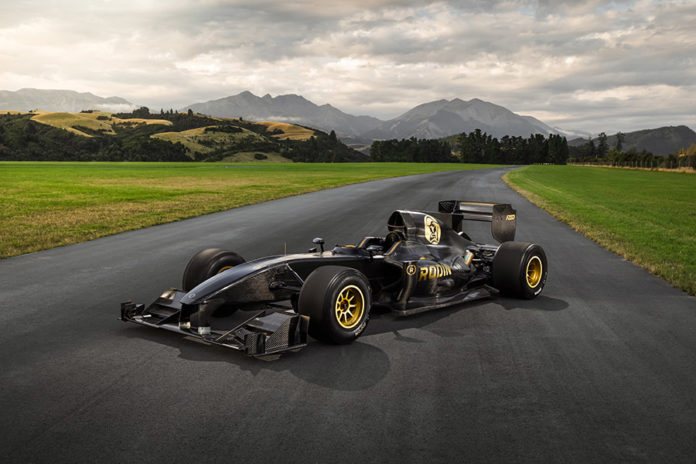 A series of single-seater track cars built in New Zealand, with the performance to rival modern era Grand Prix cars, has been released for sale by emerging high-technology manufacturer, Rodin Cars. 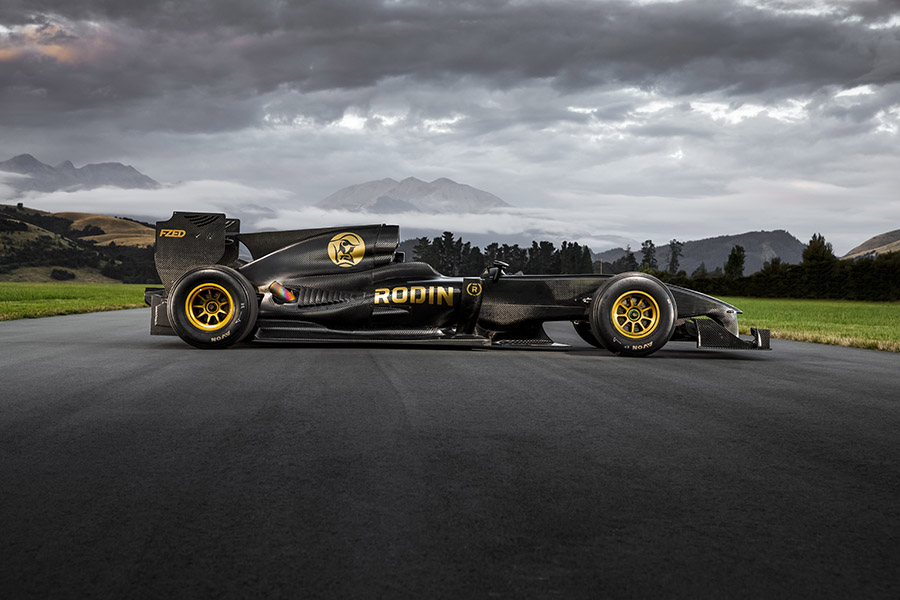 The Rodin FZED has been readied for sale by Rodin Cars’ Australian founder and Ferrari Challenge class champion, David Dicker.

Rodin Cars has its own test track and R&D facility in New Zealand, where Dicker and his team have optimised the performance and handling of the Rodin FZED from the Lotus T125 offering from which it is based.

The Rodin FZED creates a new category in the high-performance open-wheeler track market, as a brand-new track racer with the ability to lap at very close to Formula 1 times. 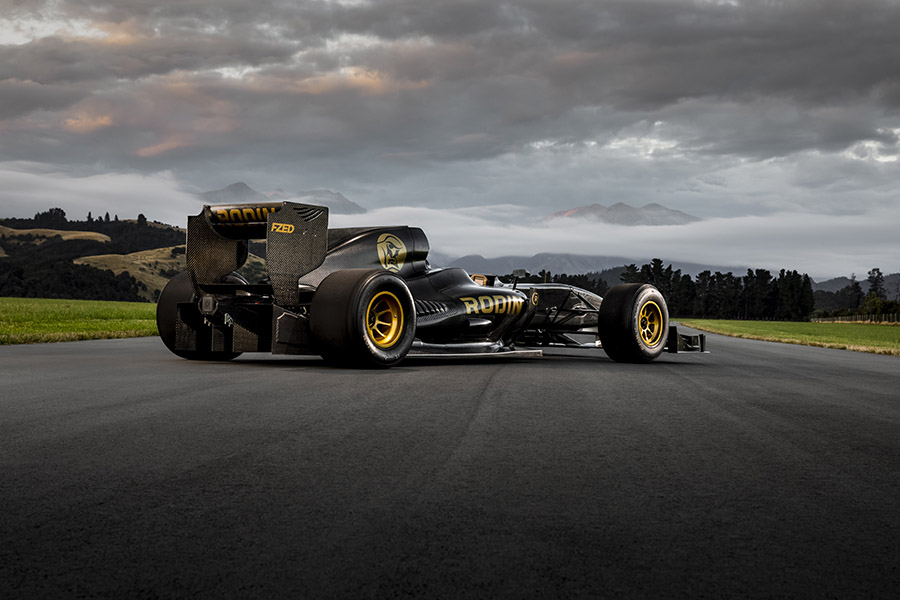 The Rodin FZED uses a carbon fibre composite chassis and aero package made in Italy by HP Composites, suppliers to European manufacturers and race teams, while its floor features an Indy car style tunnel, rather than the flat floors used in Grand Prix racing.

The 3.8-litre, 32-valve Cosworth engine mates to a six-speed sequential gearbox from Ricardo, while the carbon-carbon brakes are by Alcon.The high-level four-way adjustable TTX-40 racing dampers are from Öhlins.

The exhaust and muffler system were designed by Rodin Cars and developed in-house from 3D-printed titanium and features a titanium nitride Physical Vapor Deposition (PVD) coating. 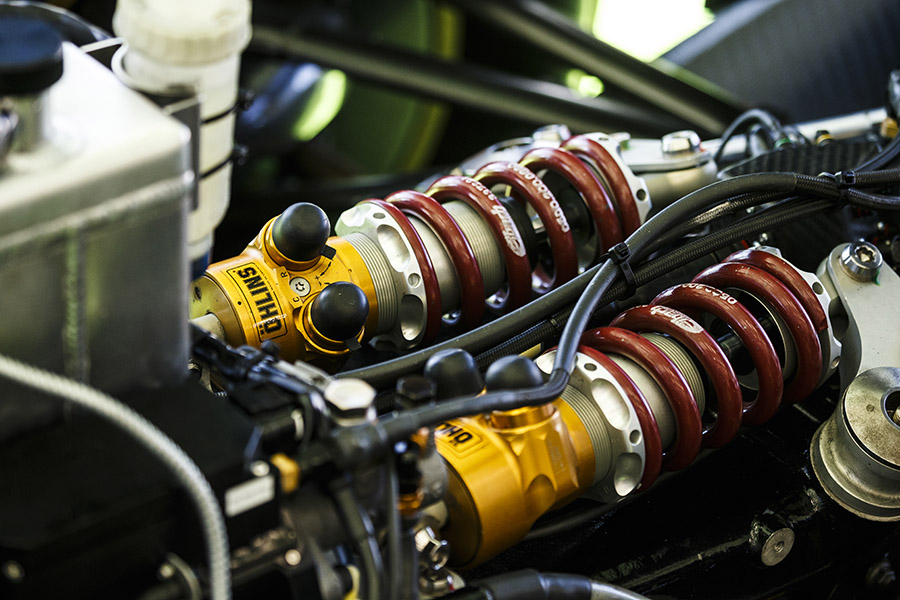 The car has been fettled and finished by Rodin Cars’ team of talented engineers, who have fabricated many parts from exotic materials at the company’s bespoke facility.

Featuring one of the most diverse collections of 3D printers in the Southern Hemisphere, Rodin Cars has had the capability to design and print many components in-house.

Rodin Cars design and manufacture all fasteners for the Rodin FZED, which start as titanium bar stock and feature rolled threads and PVD surface coating with individual laser-marked part numbers.

The titanium 3D-printed steering wheel for the Rodin FZED has also been designed in-house, as have the composite seats, which will be custom fitted for each owner and paired with FIA-approved seatbelts. 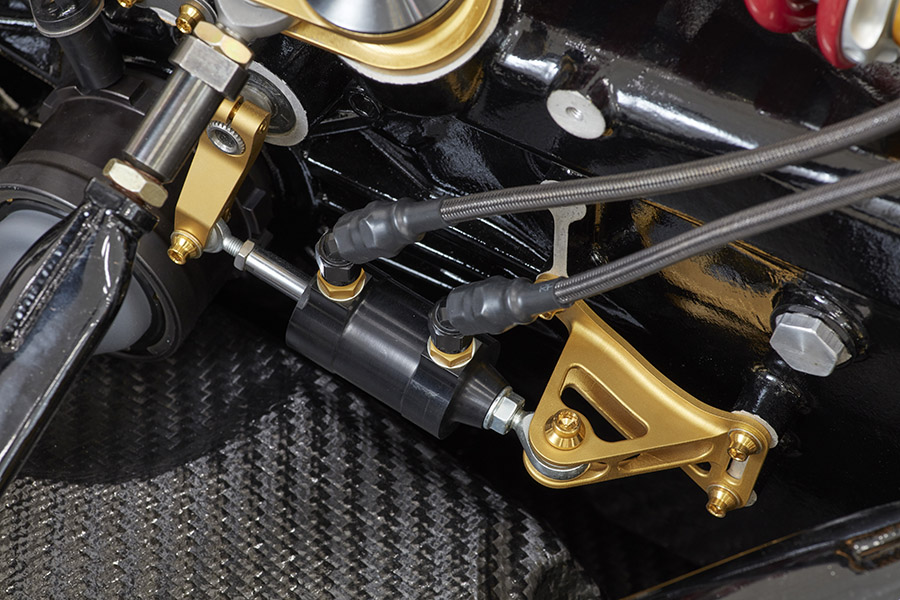 The collection of state-of-the-art machinery is also enabling Rodin Cars to develop its own 3D-printed titanium/carbon wheels for the next generation Rodin FZED which will aim to reduce the weight of the standard magnesium wheel by 25 per cent.

The first five Rodin FZED vehicles are currently being assembled. All five will be painted in black and gold in-line with Rodin Cars’ corporate identity, although customers can specify their own body paint finish on request.

Dicker plans to sell the Rodin FZED to experienced and keen drivers who relish the opportunity for a near-F1 experience, without the cost, complexity and risk of owning an actual historic Grand Prix car.

Unlike Grand Prix racers, the Rodin FZED has been engineered for longevity and durability, with the engine designed to run more than 3,100 miles/5,000 km on 98-octane pump fuel. 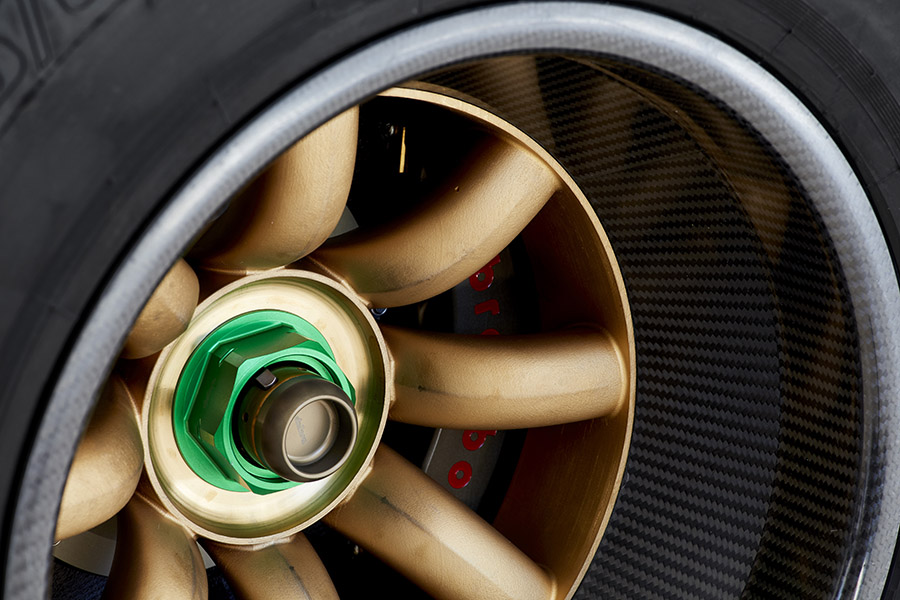 “The Rodin FZED is a far more practical and durable proposition compared with buying and running an historic Grand Prix car,” said Dicker.

“People do buy them, I had one, but they are more difficult to run and less durable, plus there’s the risk of crashing a car with an important Grand Prix heritage. Some are getting too expensive to risk on a race track, or parts are no longer affordable, or even available.

“The beauty of the Rodin FZED is that you get the Grand Prix experience: the speed, the power, the downforce and cornering grip, in a package that has been designed for easy access and reliable performance,” Dicker added. “The body uses composite materials and a suspension system very similar to modern Grand Prix cars, and the aerodynamic package is also very contemporary. It looks like a Grand Prix car and it goes like a Grand Prix car, but it has none of the complications associated with running an old Grand Prix racer. 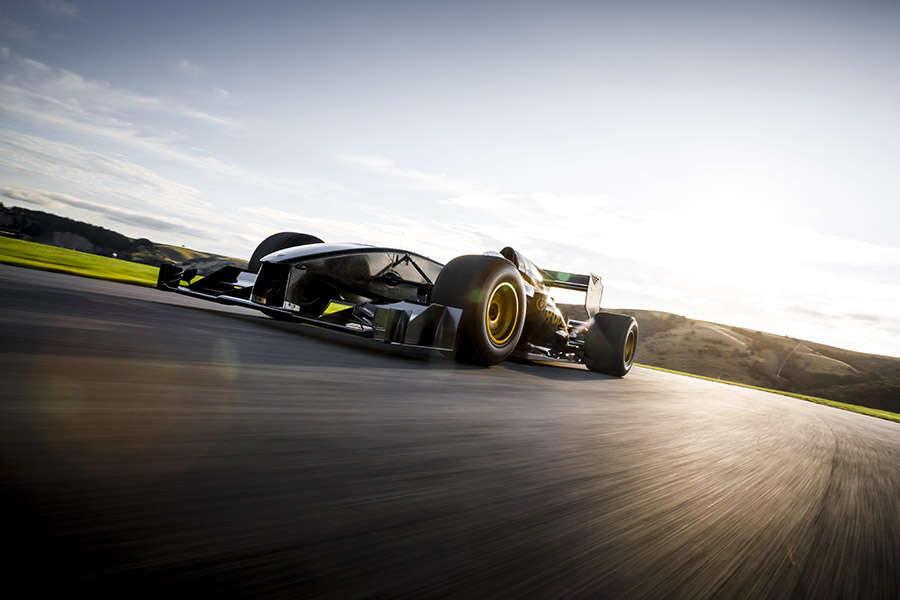 “This is a totally new offer to the high-performance car market. Currently you cannot buy a car like this anywhere in the world at any price.”

The Rodin FZED will start at $650,000 USD, which is very competitive compared to new GT3 race cars and obviously offers a far purer driving experience.

“Where a Grand Prix car is designed to run for just 185 miles/300 km or for two hours and then undergo a complete strip down, we see the Rodin FZED as being superior in terms of endurance as well as cost per lap,” Dicker said. “We have significant plans to expand Rodin Cars in the future. This is a serious, maximum high-performance track-car building business.”