By: Renault | Photos Courtesy of: Renault 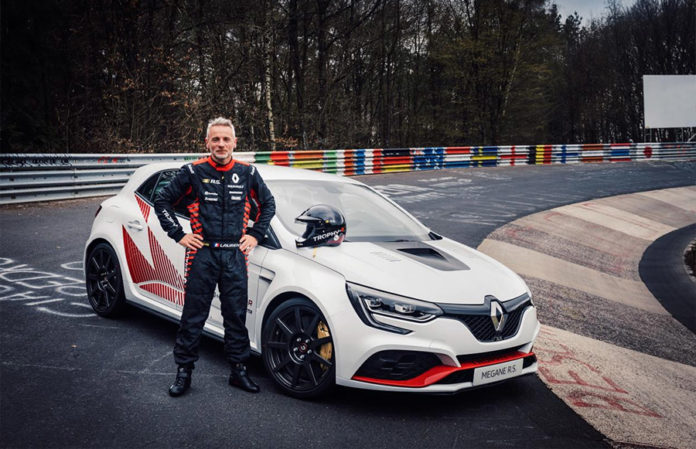 Renault has unveiled the New Mégane R.S. Trophy-R, a new version in a lineage that began 15 years ago, that has set, like its iconic predecessors, a new record time 07’40’’100 on the Nordschleife in the front-wheel-drive production car category. The new Trophy-R embodies Renault Sport’s passion for challenge and performance. 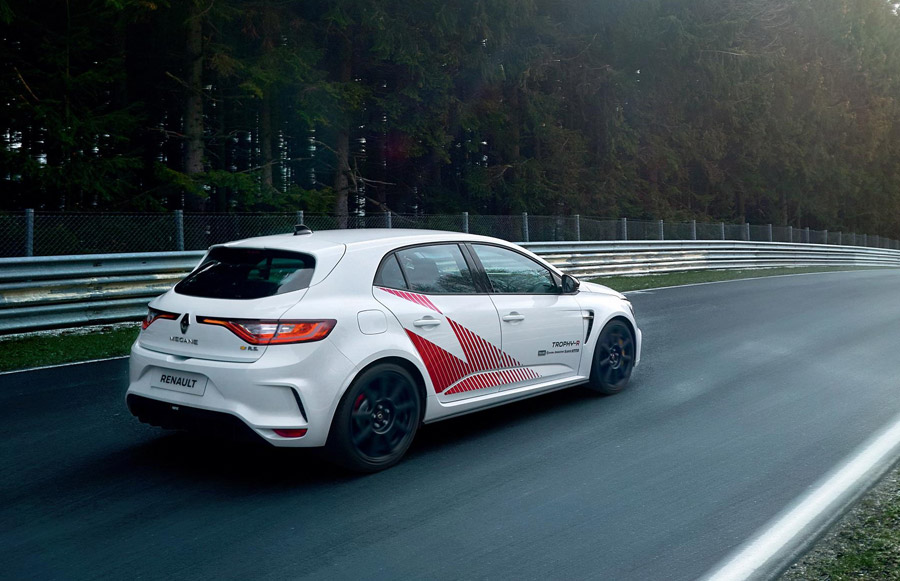 Mégane R.S. Trophy-R will have its public debut on 24th May as part of the build up to the Formula One Grand Prix 1™ in Monaco with drivers from the Renault F1 Team, Daniel Ricciardo and Nico Hülkenberg, behind the wheel. 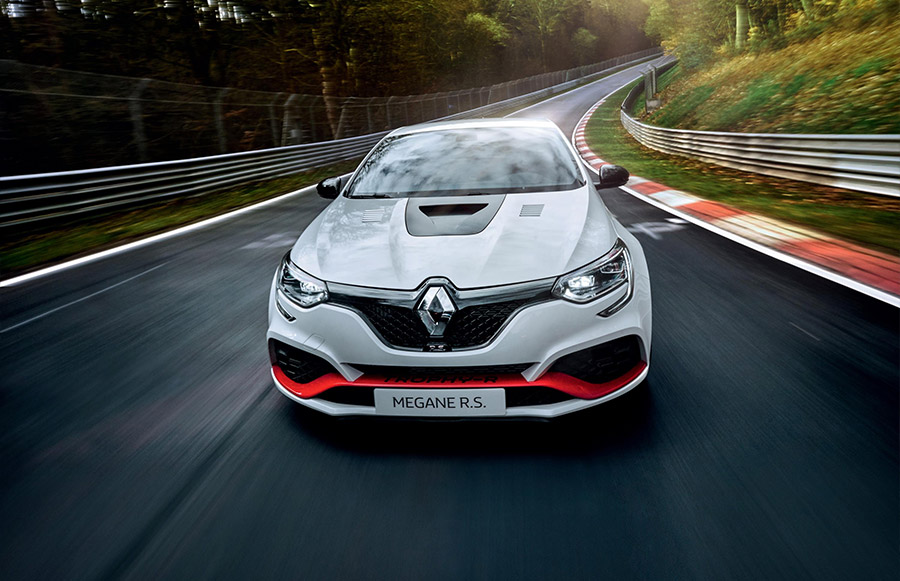 In the tradition of Renault Sport, this new generation of Mégane R.S. Trophy-R does not only owe its performance to its pure power. The Mégane R.S. Trophy-R was honed for the track by a small, dedicated team focusing on three aspects – maximum weight reduction, reworked aerodynamics and a more radical development of its drive axles.

Renault Sport has built on the solid support of established partners working with Akrapovič for the exhaust system, Brembo for the brakes, Bridgestone for the tyres, Öhlins for the shock absorbers and Sabelt for the bucket seats.

The story of the Mégane R.S. and the ‘ring has been going on for more than 10 years. It started in 2008 with the very first lap record in the front-wheel-drive production car category – Mégane R.S. R26.R completed the lap in 8’17’. 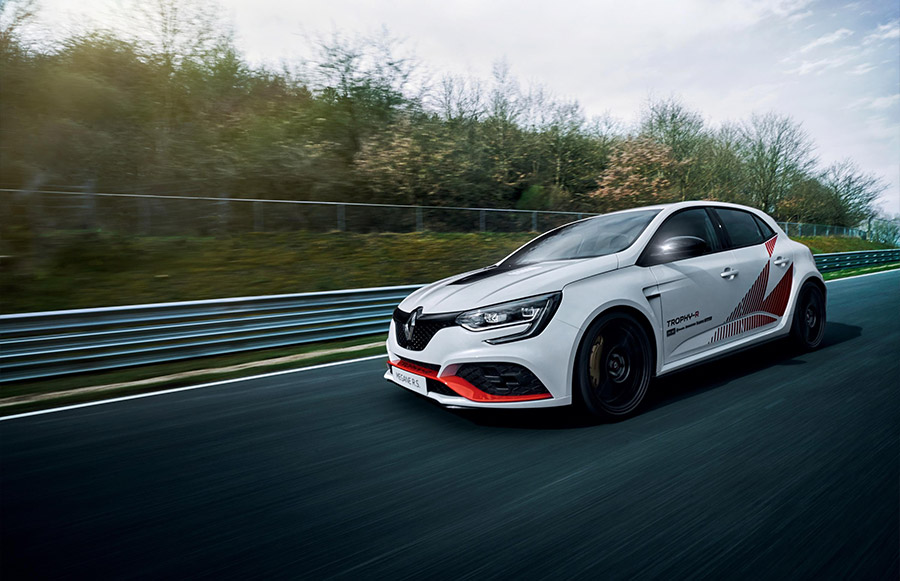 That record was broken three years later in 2011 by the second generation Mégane R.S. Trophy, in the hands of the car’s driver-builder, Laurent Hurgon (8’07”97). In 2014, it passed under the eight-minute mark (7’54”36) for the first time with the Trophy-R version of the Mégane III R.S. Laurent Hurgon was also the one who drove the latest generation of Mégane R.S. Trophy-R to set this new record time, in a chase for records in which gaining every second has become that much harder.

The Mégane R.S. Trophy-R will be marketed before the end of 2019 as an exclusive limited edition of a few hundred units.

Renault Sport, competition is in its DNA.

The sports cars designed and developed by Renault Sport are heirs to Renault’s 120 years of experience in motor racing and 40 years of presence in Formula 1®. The Renault Sport range has inherited technologies directly derived from competitive racing, the fruit of a close co-operation between the Renault Sport Cars and Renault Sport Racing engineers. Renault Sport also instils the spirit of motor sports into all its events, such as the R.S. Days.