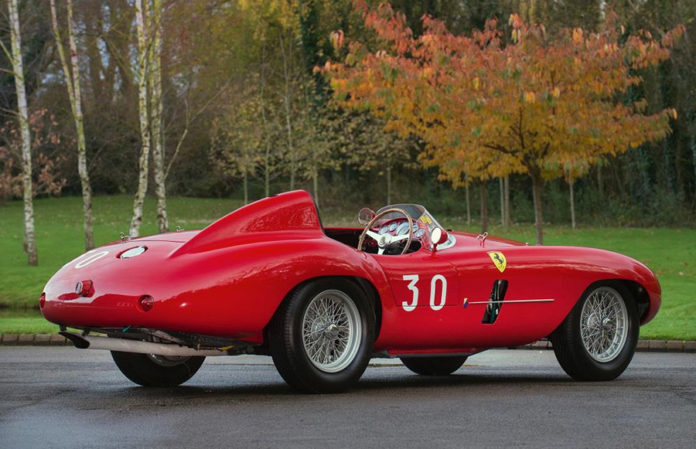 Two of the most beautiful race-winning Ferraris of the 1950s will be joining the Concours of Elegance 2019 line-up of the world’s most sought-after cars. Not only exceedingly rare, but with impeccable history, the 1955 Ferrari 500 Mondial and 1956 290MM – later 250TR – are the latest of more than 10 extraordinarily special Ferraris confirmed to attend Concours of Elegance.

The 1955 Ferrari 500 Mondial in attendance is one of just 19 ever built and of five bodied by Scaglietti. Its appearance at Hampton Court Palace is only the latest chapter in its impeccable history; during 1955 it won the Ethiopian Grand Prix with owner and racing driver Guido Petracchi at the wheel. Earlier that same year it had also competed in the 1955 Coppa Mare a Monti, again with Petracchi at the wheel, where it took third place overall. 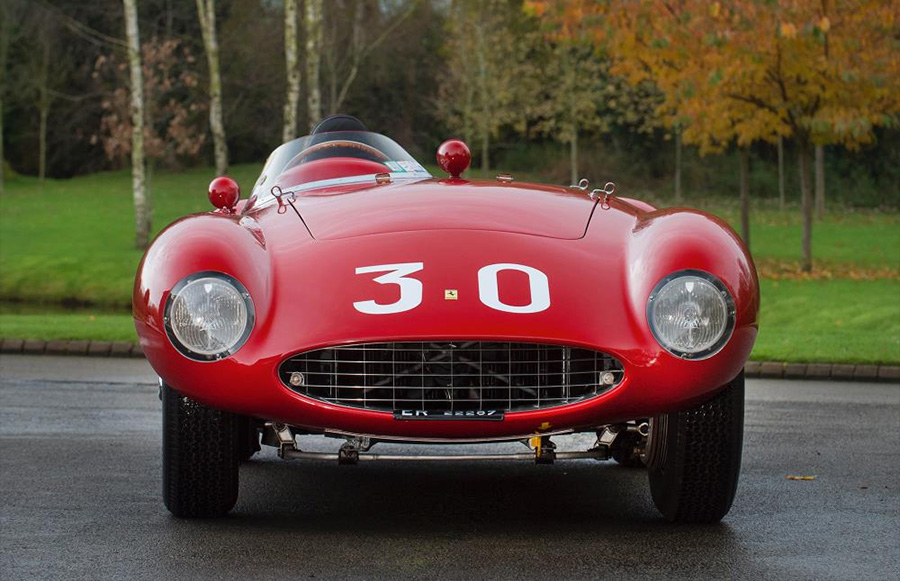 The car remained in Ethopia for much of its life, competing again at the Cote de Asmara race in 1956, where it took overall victory with Gaetano Barone behind the wheel. Two further victories came shortly after before the car was put into long-term storage in Ethiopia. In 1970, car collector and dealer Colin Crabbe was on vacation in Asmara, Ethiopia, when a local led him to a small lock-up containing the totally original 500 Mondial – Crabbe bought it on the spot.

Joining the Mondial is a 290MM – and later 250TR Spyder – with a history book just as special. During the 1956 racing season, this car won the 1956 Swedish Grand Prix with Phil Hill and Maurice Trintignant at the wheel – Hill later became the only American-born champion of Formula One. It was certainly a more successful race than this car’s previous outing at the Nürburgring 1000km during the same year, when driver Luigi Musso flipped the car end over end, landing upside down in a ditch.

In 1959, after a spell with Ecurie Francorchamps,  the car’s 290MM V12 engine was replaced with a V12 Testa Rossa power unit, and the car left the Ferrari factory once more, sold to Brazil as a new 250 Testa Rossa Spyder. It won a number of races in Brazil between 1960 and 1962 before an enormous accident. The rear of the car – relatively undamaged – was used to build up an American V8 special, which raced throughout the Sixties, before being laid up and then rediscovered in 1986. 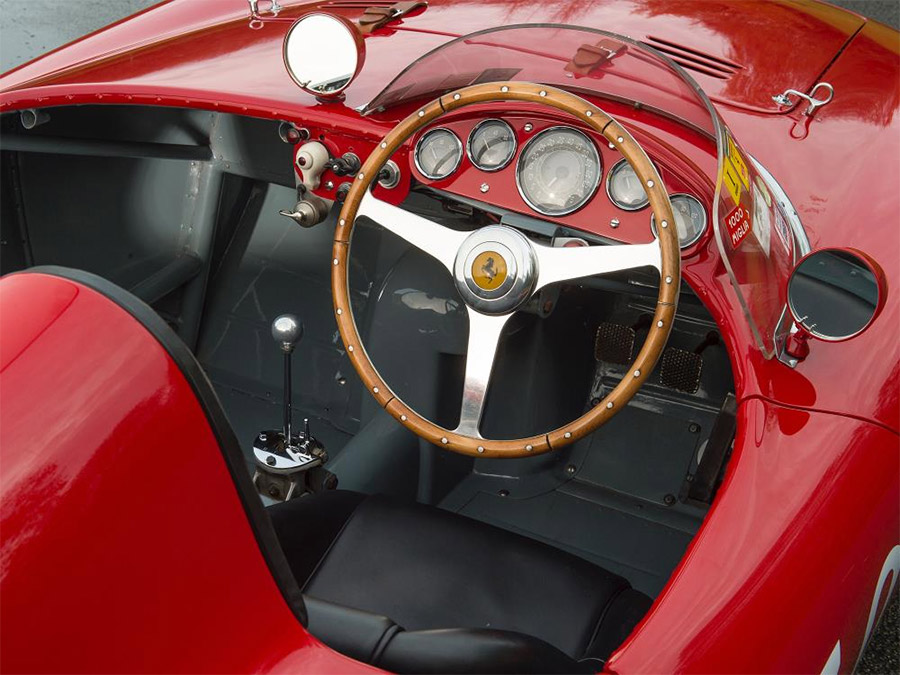 Initially then restored as a totally different 250 TR Spyder chassis in a case of mistaken identity, the car was more recently returned back to its true 250 Testa Rossa identity, and painted in a livery it raced under during its days in Brazil in the early ‘60s.

The two 1950s race winners will be joined by four of the most historically significant Ferrari 166MM chassis, spearheaded by the ex-works #0008M – which is widely regarded as the most significant Ferrari in the world. It was uniquely piloted to a debut victory at both the Mille Miglia and the 24 Hours of Le Mans in 1949, making it the only car of any marque to ever have achieved that feat.

Regarded as the UK’s finest concours d’elegance, the Hampton Court Palace Concours of Elegance will, for its 8th event, return to the finely manicured gardens of the former home of Henry VIII. From 6-8 September, this once-in-a-lifetime gathering of spectacular vehicles will not only include the 166 celebration, and a world-first display of Aston Martin Zagato models, but a number of other as-yet unannounced features. 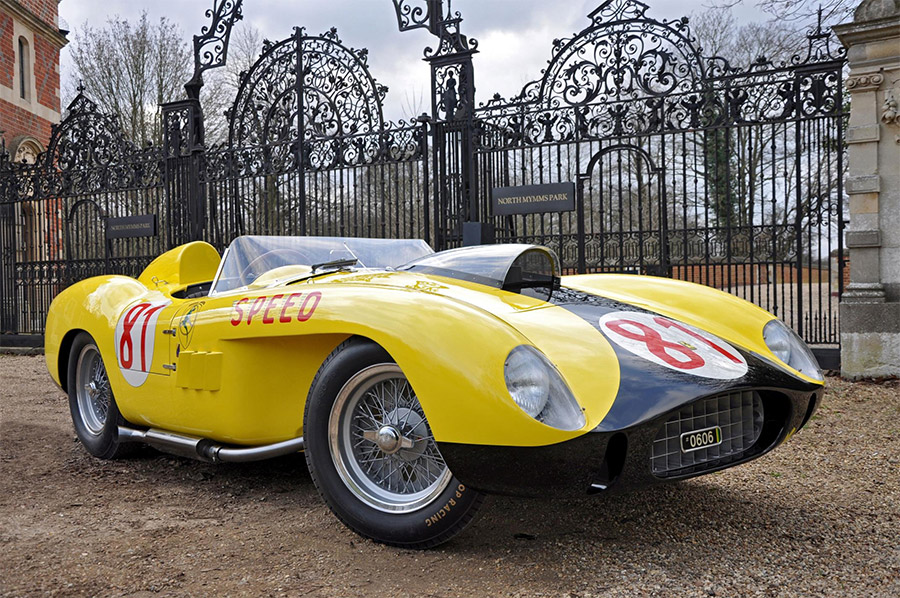 Of course, the Concours of Elegance’s central display of more than 60 of the rarest vehicles ever built will be the focal point, telling the story of the motor car from the pioneers of the 1890s right through to the latest bespoke hypercars. Picking out icons and rarities from the world’s most famous car brands, including Lamborghini, Ferrari, Bugatti and Rolls-Royce, the Concours of Elegance is a celebration of craftsmanship, luxury and innovation.

Andrew Evans, Concours of Elegance Director, said: “This year’s Concours of Elegance is a real once-in-a-lifetime event for Ferrari fans. Not only will we be celebrating the 70th anniversary of the 166MM’s historic victories at Le Mans, Spa and the Mille Miglia with four different examples but we’ll also have a total of over 10 of the most iconic and important Ferraris ever – with these two ‘50s racers just the latest to be announced.

“We’ve always said that it’s the stories the cars on display tell that makes them so special, and both the 500 Mondial and 290MM/250TR coming to Hampton Court Palace have a novel-worthy history of racing victories, far-flung lands and mistaken identity. And don’t forget, these are two examples of around 1,000 cars set to gather in Hampton Court Palace from 6-8 September as we host the most astonishing Concours of Elegance yet.” 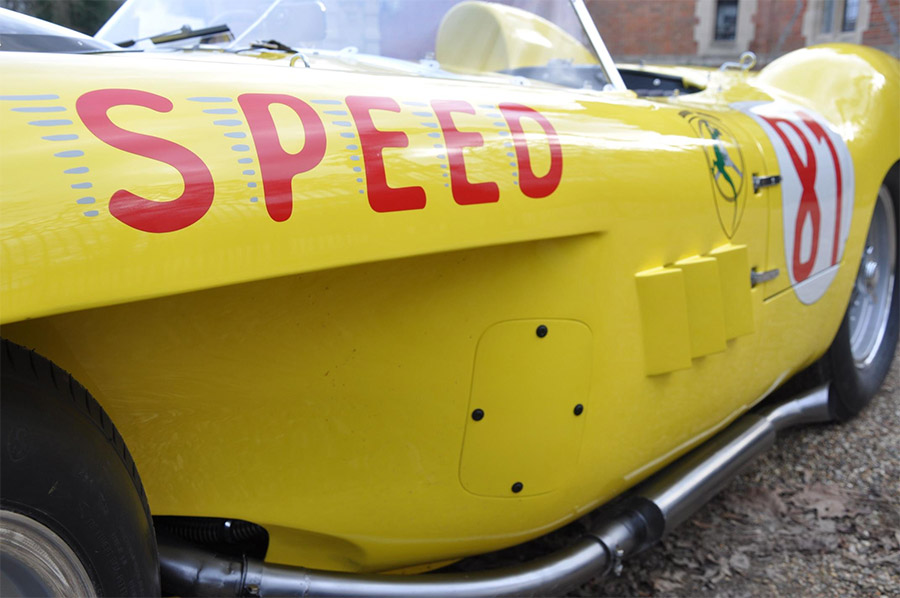 Adult tickets for this year’s Concours of Elegance start from £40, with children under five and carers entering free of charge. Visitors are also able to purchase bespoke hospitality packages, including VIP parking, three-course lunch, drinks reception and cream tea. To buy tickets head to: http://www.concoursofelegance.co.uk/tickets